Across the Pacific DVD

The Complete Series on one DVD! 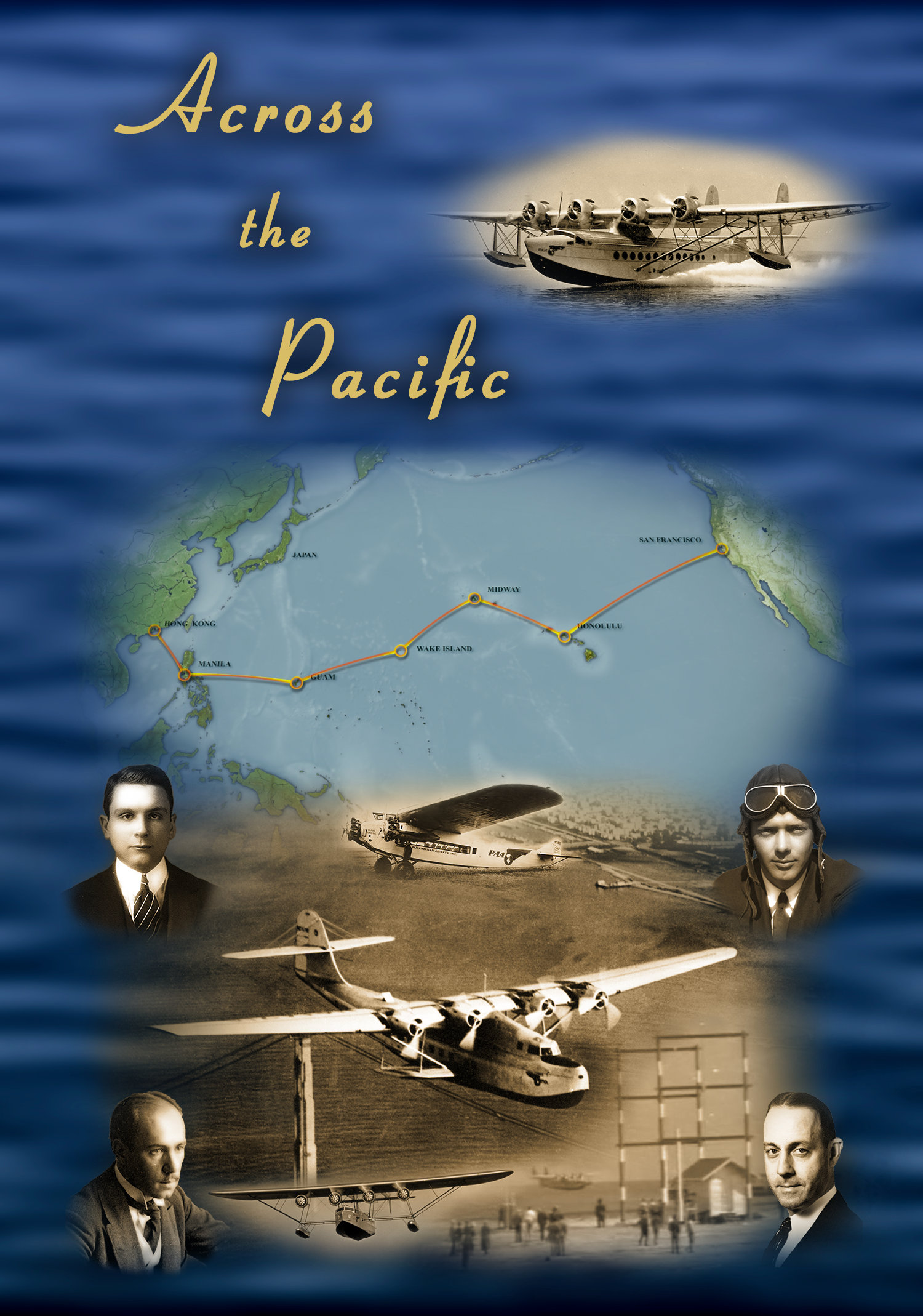 "ACROSS THE PACIFIC" Series DVD

When Pan Am's M-130 flying boat "China Clipper" took off for the first scheduled flight to Manila on November 22, 1935, it riveted the attention of people around the world. At that moment Pan Am vaulted to a commanding position and the world changed forever as a result. That's the story brought to life in "Across the Pacific." Newly unearthed archival motion pictures, photographs, and original sound recordings as well as stunning graphics, help bring this history back to life.

The film by Moreno/Lyons Productions tells the epic story of how Pan American Airways became the first to bridge the mighty Pacific - the first airline to cross any ocean. Focusing in particular on the contributions of Pan Am’s visionary leader Juan Trippe, aircraft designer Igor Sikorsky, and radio engineer Hugo Leuteritz, the three-part program is currently broadcast on PBS. It premiered on VPM PBS in Richmond Virginia May/June 2020. 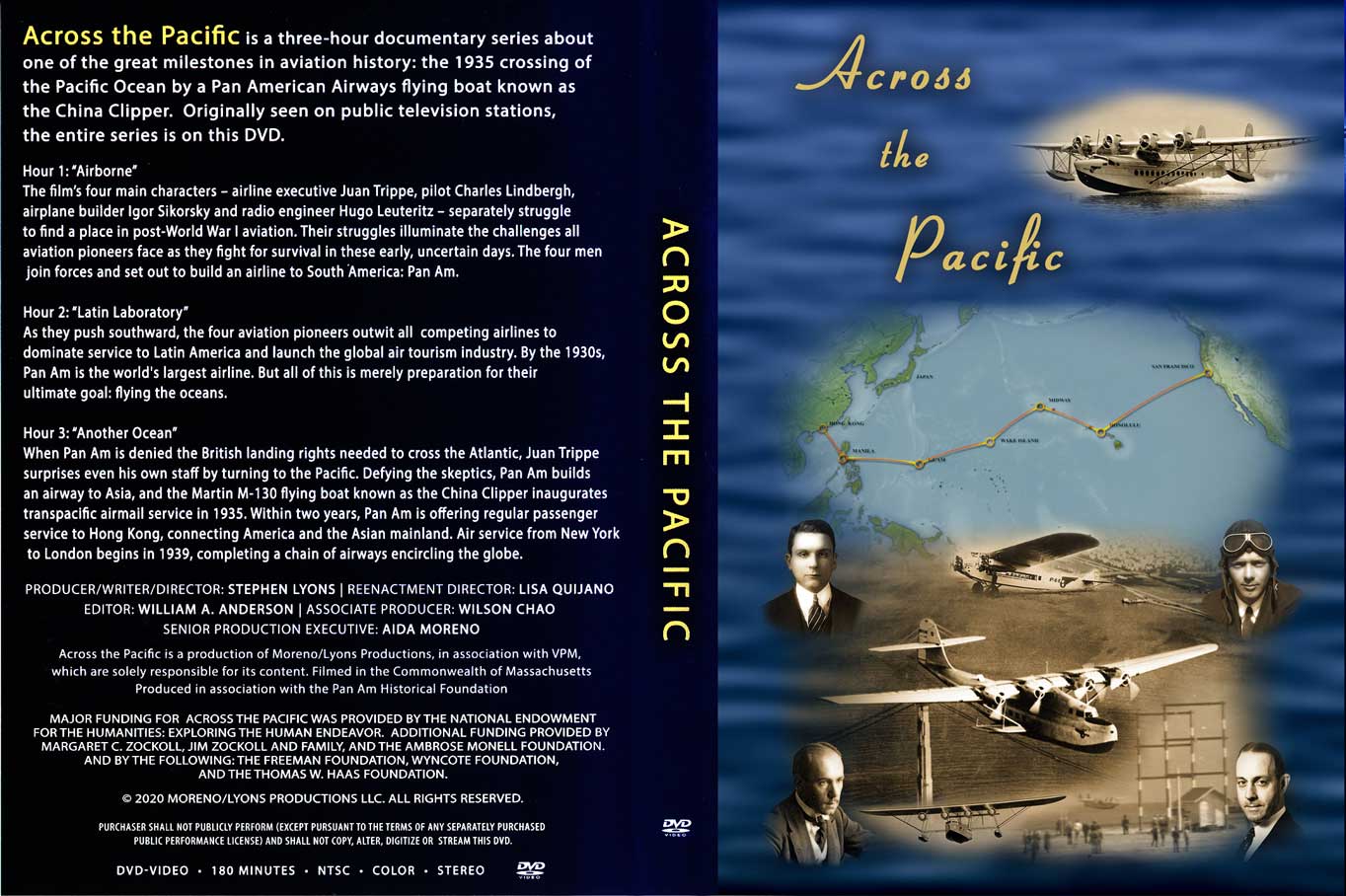 More about where to watch Across the Pacific