My Flight to London on the “Queen of the Skies,” by Glenn Little 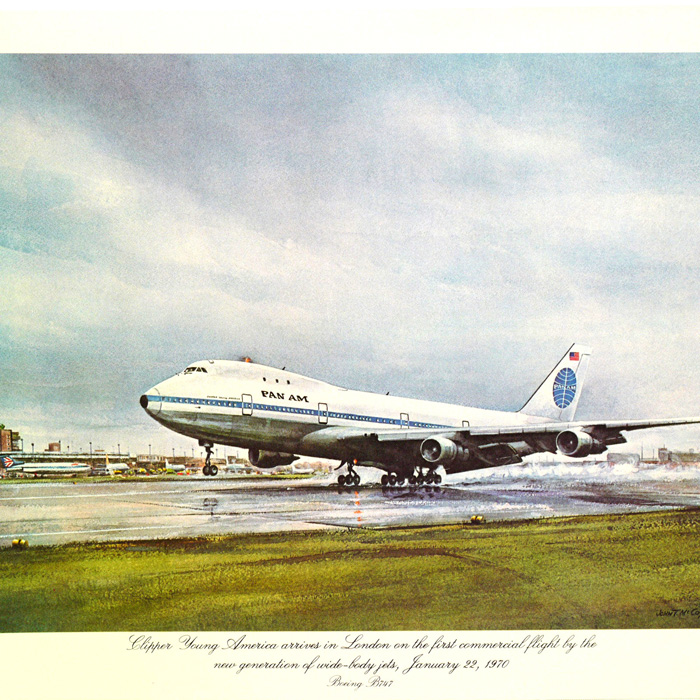 Pan Am Menu Cover: Clipper Young America arrives in London on the first commercial flight by the new generation of wide-body jets, January 22, 1970, Boeing B-747

We are really fortunate to be able to share this eyewitness account of the very first commercial flight of a Boeing 747 in January 1970. Glenn Little was just a kid when he accompanied his father on that first flight, but he still remembers it vividly. It obviously made a huge impact, as you can tell reading his account. We think having Glenn’s impressions as a young person make his account particularly insightful - Children are often the best observers!

Here is my personal account from 50 years ago on the first Pan Am 747-100 flight to London Heathrow.  My Dad worked for the Department of Defense as a Computer Engineer. He had to be in London for meetings and I was allowed to go with him.

There are 3 things that are burned into my memory. First, it was very cold. Second the media circus, everyone trying to get that perfect picture. Last, the massive size of the airplane. I had flown on the 707 before and that was a Tonka toy compared to The Queen of The Sky. Oh and Linda. I’ll get to her later. The Worldport was amazing for it’s time. And they made it special for everyone, not just the adults. The kids had been given special toys, snacks. It was great. I just wanted to board and takeoff. When we finally boarded and I stepped inside I couldn’t believe the size of everything. The galleys, the seats, 2 aisles. And that spiral staircase with that famous 1970 color and fabric selection.  And that new airplane smell mixed with jet fuel. I was in aviation heaven. We sat below the flight deck about 5 rows in from the nose. The Stewardesses, yes they were still called that, in the famous blue uniform with what at the time I called “The Bobby Hat” I liked the hat with the wing pointed up.  It seemed like they were everywhere. White Glove service, nonstop smiles, offering drinks and handing out magazines to the adults and coloring books for the kids. I felt like I was sitting in a seat for the Jolly Green Giant. There was so much space.

Once everyone boarded the wait began.  I got up a few times to try and go up the staircase but I was denied politely every attempt. I didn’t care, the Stewardess for our section, Linda could have passed for Sharon Tate. She was the highlight of the flight for me. So nice and sweet, gave me everything. You could probably say she was the first girl crush for me. The captain made a few announcements about a technical problem that was being fixed and we should be ready soon. That didn’t happen. It seemed like an overnight waiting. I covered every inch of the main deck from nose to tail.

Then came the announcement we had to be off-loaded and wait for a replacement plane.  It was well after midnight when we finally boarded the new plane and we took off about 45 minutes later. The takeoff roll was intense. Like a race car taking off down the highway. And as if gravity disappeared we lifted off the ground. The climb out was a feeling I will never forget and the roar of the engines. They served a meal immediately after we reached our cruising altitude. Then the lights were dimmed and we fell asleep. 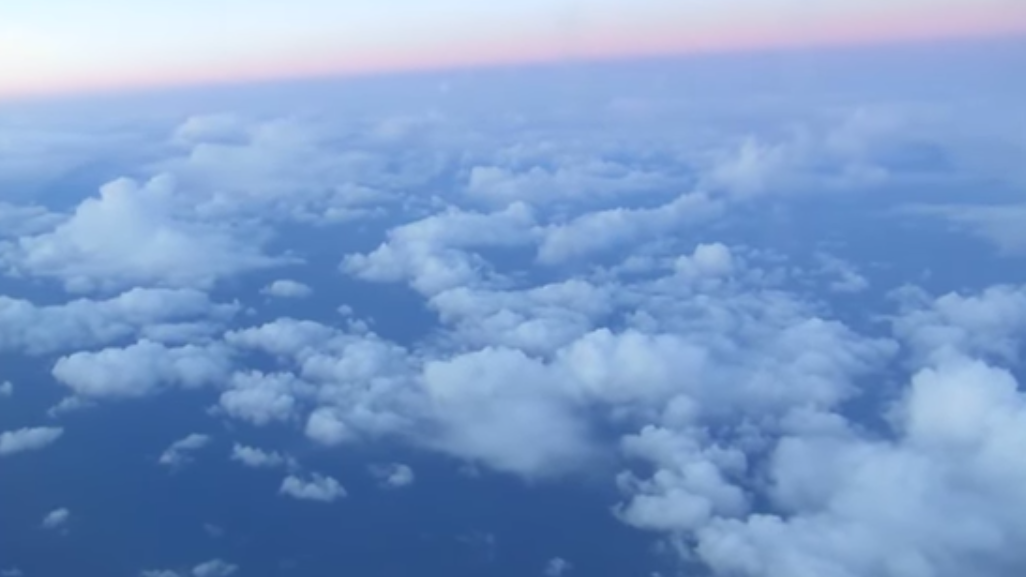 It was mid morning when I woke to breakfast. Now I can see out my window. Nothing but ocean below. The sky was clear at first but as we approached land the clouds started to build and eventually I lost sight of the ground.  When we started our descent, going through the clouds was amazing. Like someone painted all the windows white.

Once we broke out of the clouds and we were over land, the first thing I remember was saying to my Dad, the cars are on the wrong side of the road. Some of the adults had been drinking the whole flight on the upper deck and they were pretty funny to a kid’s point of view.

I was glued to my window watching the ground getting closer and finally realizing the speed we were traveling at. The touchdown was pretty smooth and we rolled pretty far down the runway before we turned off and on to a taxiway. I know it was afternoon when we arrived, just not the exact time. 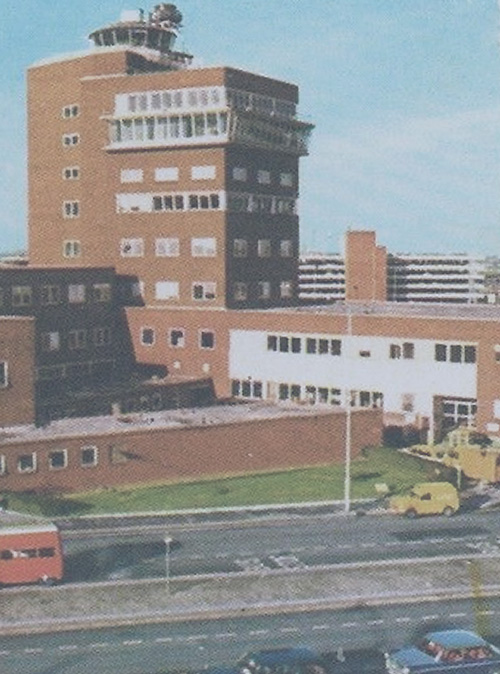 The first thing I noticed was the control tower, I remember thinking how small it was and it was red brick. Fire trucks, police cars, were all around where we taxied to. And the media was everywhere. It was a circus inside the terminal. 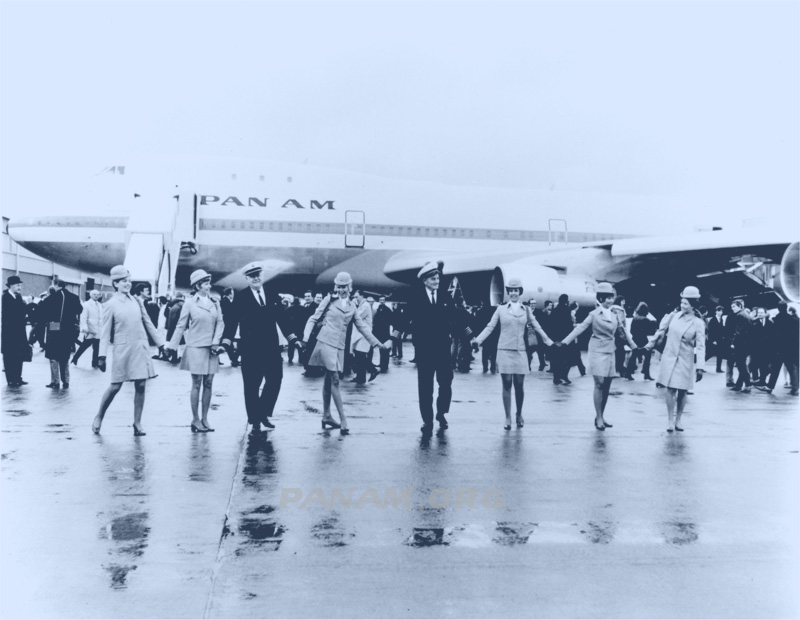 I remember my Dad telling my to hold on to his coat so he wouldn’t lose me. London was amazing. Those double decker red buses and black taxi cabs I had seen so many times on tv are in front of me. Then 16 years later I boarded another Pan Am 747-100 at JFK bound for London. This time I was going as a USAF Airman, stationed at RAF Mildenhall as a Firefighter. 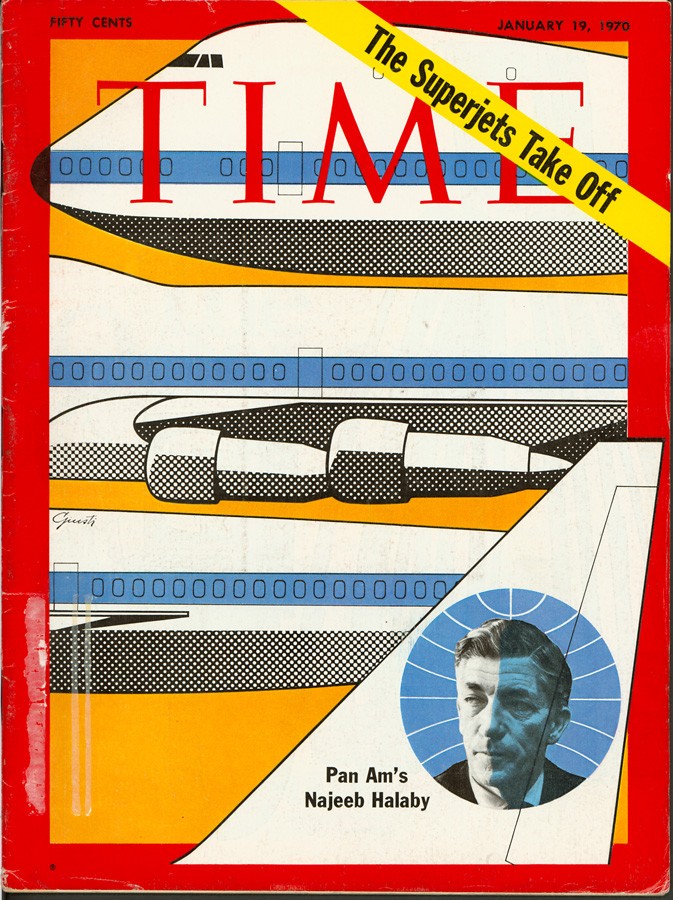 I flew Pan Am all the way to the day before their final flight. That was such a sad day. I couldn’t believe nobody with the money and vision of rebuilding the airline stepped up and bought them out of bankruptcy. It still makes me sad today.

That’s how it went for me on January 22, 1970, one of the best days of my life. Thank you Pan Am. You may be gone but you are not forgotten.

-- A Loyal Pan Am Frequent Flyer