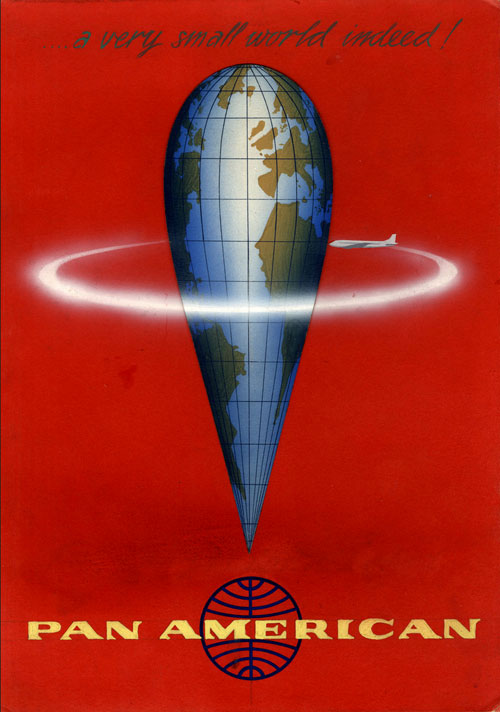 The Abrams-Banning Grant: An annual grant awarded to graduate students and scholars researching the Pan American World Airways Inc. records at the Otto Richter Library. Proposals resulting in publication in any media are given priority.

The Dave Abrams and Gene Banning Pan Am Research Grant

Since its first international flight in 1927, Pan Am positioned itself as a world leader in American commercial aviation. The Pan Am records date from 1927 to the 1990s and include administrative and financial files; technical and research reports; public relations and promotional materials; internal publications including newsletters, journals and press releases; and thousands of photographs.

The grant is open to advanced graduate students, independent scholars, and faculty. Priority will be given to research proposals that will result in publication in any media.

Applicants must submit a proposal of no more than two pages describing their research project, include a curriculum vitae or résumé, and provide two letters of recommendation.

Please send inquiries and applications to:

About Dave Abrams and Gene Banning

After graduating from the University of Miami, Dave Abrams (1919-2005) joined Pan American Airways and worked for 42 years as a meteorologist, navigator and Director of Flight Operations for Latin America. Abrams was instrumental in the formation of The Pan Am Historical Foundation after the company shut its doors in 1991, and in finding a home for the Pan Am’s archives and memorabilia.

Gene Banning (1918-2006) was one of the longest serving pilots for Pan Am. His aviation days started with the infamous flying boats in 1941 and ended with Boeing 747s in 1978. An avid researcher, Banning was a guiding member of The Pan Am Historical Foundation from its inception and the author of Airlines of Pan American since 1927 (McLean, Va.: Paladwr, 2001).

The Pan Am Historical Foundation is a group dedicated to preserving the heritage of Pan American World Airways.The Special Collections of the University of Miami Libraries preserves and provides access to research materials focusing on the history and culture of Florida, the Caribbean and Latin America. The Pan American World Airways, Inc. Records consists of hundreds of boxes of materials and reigns as the most avidly consulted single resource in Special Collections. For more information about the Special Collections of the University of Miami Libraries, visit http://library.miami.edu/specialcollections.

2014: Hadassah St. Hubert, “Visions of a Modern Nation: Haiti at the World’s Fairs”

2013: Ken Fortenberry & Gregg Herken, “Point of No Return: Solving the Mystery of the Lost Clipper”

2012: Felipe F. Cruz, “Flight of the Toucans: Technology and Culture in the Brazilian Airspace”

2012: Gordon H Pirie examined Pan Am’s role in civil aviation to, and from, in post-colonial Africa

2009: Augustine Meaher “Pan Am Arrives Down Under: A Diplomatic and Aeronautical Accomplishment”

2009: Roger Turner, “Pan-Am’s Contribution to the Development of Aeronautical Meteorology”