A Dangerous Game: Flying to Berlin during the Cold War 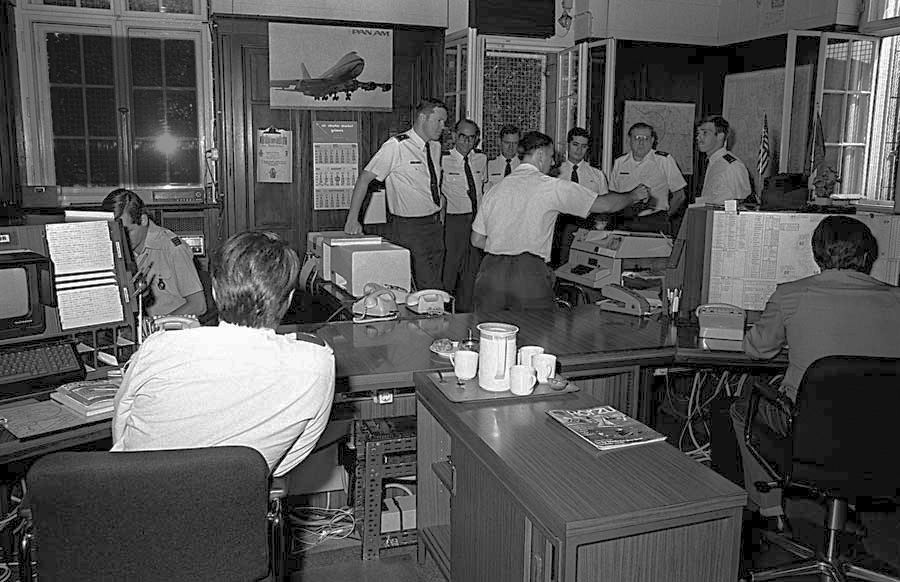 The dust had hardly settled after the Third Reich had been crushed by Allied armies when another war began. Soon the brief bonhomie between the victorious Western armies and Soviet forces that had jointly destroyed the German war machine gave way to suspicion and political maneuvering to cement power in Europe. The tensions were particularly high over Berlin. Like Germany, the city itself was divided into sectors reflecting zones of control among four Allied nations: the U.S.S.R., U.S.A,  Britain, and France.  As the decade of the 1940’s waned, it became clear that the Soviet Union was striving hard to reify its power anyhow and anywhere it could. 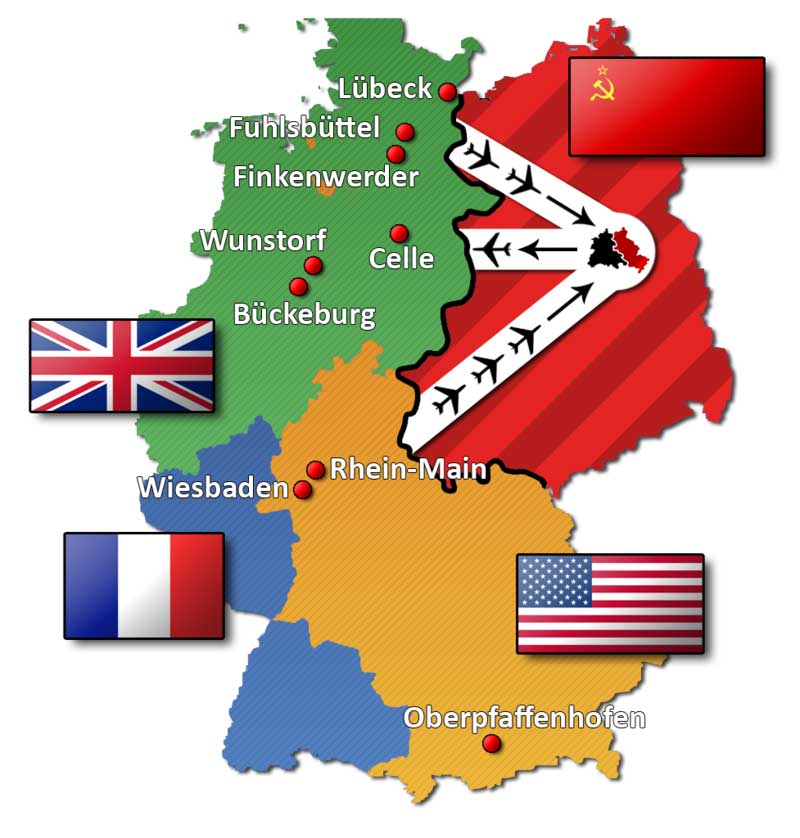 In November of 1945, the joint Allied Control Authority (made up of the four controlling nations) set up three air corridors to link Berlin, deep inside the Soviet zone, or East Germany (officially the German Democratic Republic, or GDR) with West Germany (the Federal Republic of Germany). The agreement provided for a Berlin Air Safety Center, with a Berlin Air Control Zone, extending out 20 miles from the Center to an altitude of 10,000 feet.  Outside of that zone, in the three corridors, each 20 miles wide, civil aircraft were to fly at altitudes between 7,000 and 10,000 feet, while military aircraft were supposed to operate at altitudes below 7,000 feet.

This arrangement was to prove vital when the Soviets closed all land access to Berlin in June,1948. For over a year, a constant stream of airplanes flew to Berlin through those three corridors, delivering vital supplies of food, materiel, even coal.

The Soviets opened the land routes in June, 1949, but were never at peace with the arrangement that permitted the unrestricted use of the air routes keeping West Berlin connected to the rest of West Germany, 100-odd miles away. 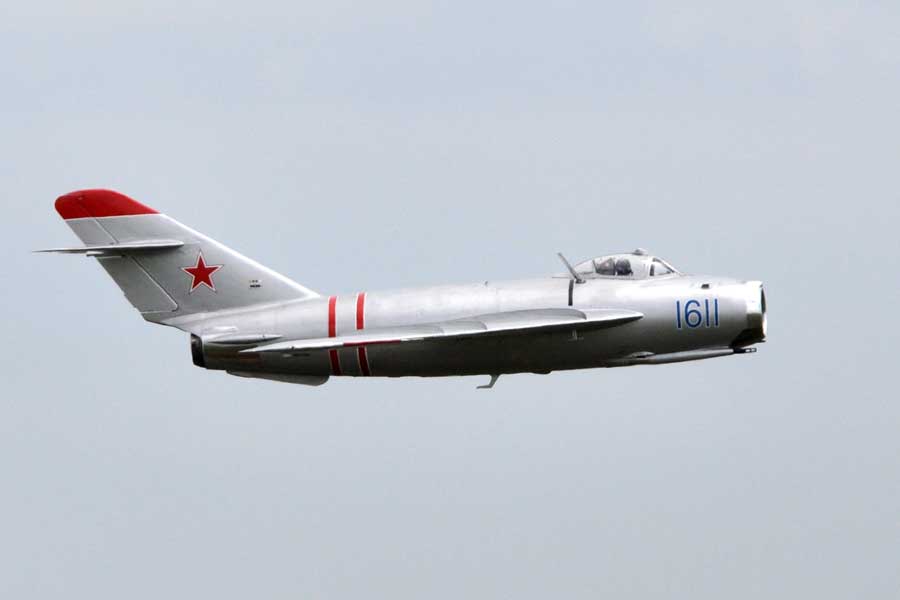 It was shortly after the erection of the Berlin Wall in August 1961, when the Soviets and their East German allies started to try to disrupt Western air links to Berlin in a big way. In January 1962, the GDR issued a warning that they had the right to force down any aircraft operating over their territory, the prior four-power agreement to the contrary notwithstanding. The next month, the Soviets started demanding that one or more of the three air corridors be reserved for the exclusive use of their own civil and military aircraft. These “requests”, made through the Berlin Air Safety Center, were ignored.

Soviet jets buzzed both military and civilian aircraft. They flew above Berlin breaking the sound barrier with attendant sonic booms.

Soviet military aircraft began to make their presence felt in a big way. Their fighter jets buzzed the airliners operated by Pan Am’s Internal German Service (IGS), Air France, and British European Airways. Soviet transports showed up in air space supposedly dedicated to Allied civil flights. They even started releasing aluminum “chaff” to hamper western radar coverage. On occasion, nighttime flights into Berlin’s Tempelhof were greeted by blinding spotlights aimed at them by the Communists below.

As an Allied official in Bonn expressed it to a reporter in 1962, when two teenagers play a game of ‘chicken,’ driving their cars head-on at one another, “at worst they might get killed. . . A refusal to ‘chicken out’ in the air lanes . . . could lead to world war.”

In June 1963, the U.S. announced that President Kennedy’s flight to Berlin would be accompanied by an escort of American F-105 fighter jets. They would be “armed and ready for business,” according to an Air Force spokesman, in case anyone had any doubts. 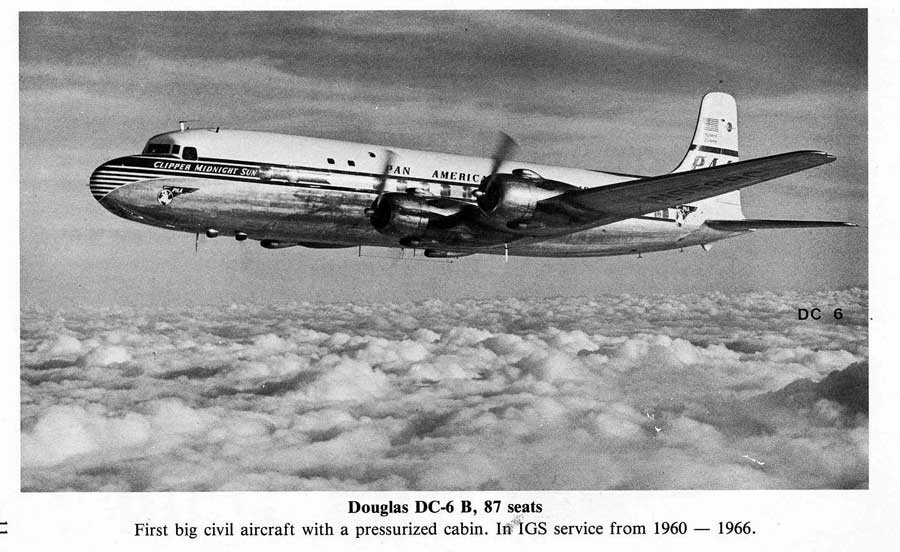 None of this had any real effect on the operations of either the western Allies’ military or civilian air operations. When Pan Am – which enjoyed a 60% share of intra-German traffic to and from Berlin – opened direct flights to the city from the U.S. in 1964, the Soviets made ominous threats about possible unfortunate consequences, which were ignored. As Time Magazine put it: “Predictably (Pan Am) kept right on flying . . .” As a Pan Am exec quoted in the article said, “Crisis is a way of life.”

But perhaps that danger and the tension that came with it was the secret behind a special espirit-de-corps and nonchalance that grew among the few score Pan Am flight crew and the German staff of the IGS. It was by all accounts a place apart among the world’s airline operations, and today, years after the reunification of Germany, the end of the “Allied air corridor” system, and the last Communist harassment flight, the IGS is remembered as something special.