Service Aboard Clippers In Wartime: 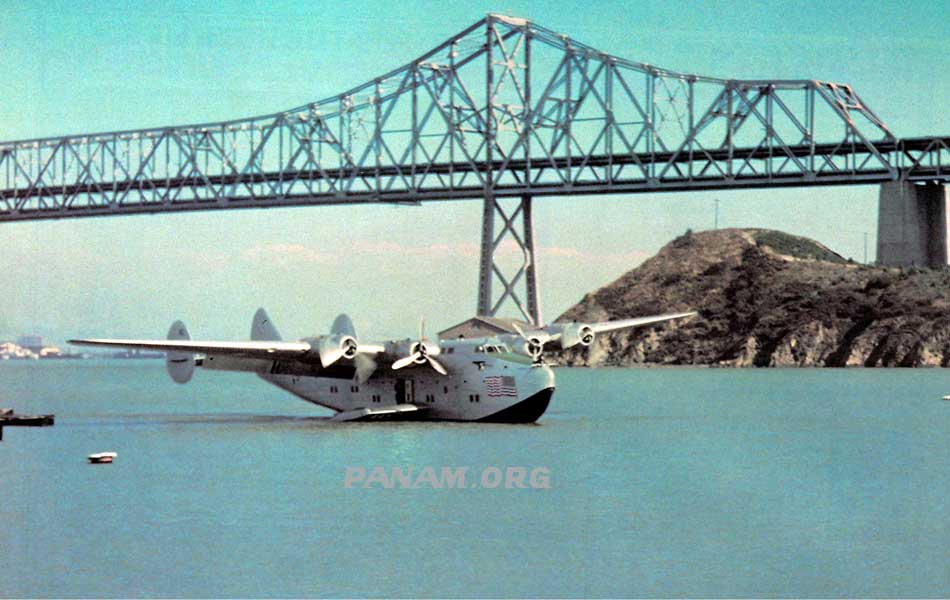 "Transpacific clippers are scheduled entirely on the basis of weather maps — when the weather closes in, flying stops; when a flyable track is there, whatever clippers are ready for service take off and fly back and forth until it is necessary for them to pause for necessary maintenance.

Crew assignments are made for several projected trips, and members of them know only that on and after a certain time they are to be available for duty. On the day of flight, they get word by telephone telling them to report.

Rest between flights is of basic importance in clipper operations, and this factor has been accounted for. Sufficient men are available in all departments to permit uninterrupted time ashore between assignments, and to assure that no one will be called upon to exceed the hour limits set by C.A.A. and company regulations." "The Clippers flying through the Pacific war zone do not have all the luxuries that once were offered transocean air travelers. Main item that is absent is the luxurious, over-size Clipper berth. Berths just aren't made up and the equipment isn't even carried.

On the Boeing 314 this means a weight-saving of 925 pounds, which may be translated into about five passengers, with the wartime baggage allowance of 15 pounds, or 37,000 letters. On the smaller Martins the weight-saving is 332 pounds or about two passengers.

A pound or two here and there is added to the berth saving by squeezing two pounds out of the game box, taking off 40 pounds of cocktail service equipment, carrying a pound less of newspapers and magazines, for an average of 75 to 100 pounds per departure." 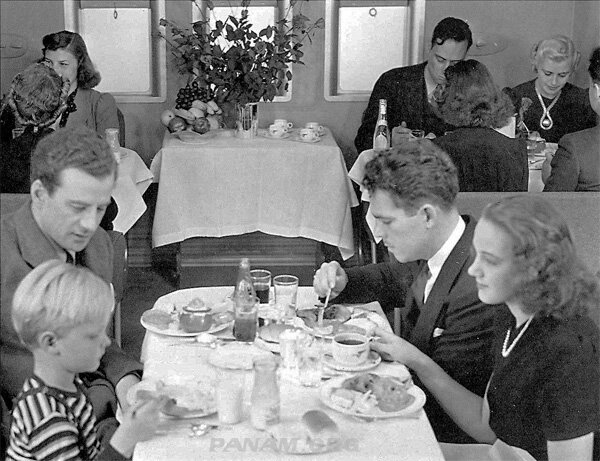 "One weight item which has been left strictly alone is that concerned with Clipper cuisine. Hot meals are served, with appetizer, soup, entree, salad, dessert and beverage. That is because it has been felt that passengers accommodating themselves to other inconveniences for the sake of weight saving, deserve at least to eat well, and the little bit of weight that could be saved by serving sandwiches would be relatively insignificant.

One item of weight has been added. Inasmuch as inbound traffic from the Pacific is chiefly of evacuees, including many expectant mothers, Pan American's flight surgeon in the Pacific area foresees the possibility that the stork may overtake the clipper. As a consequence, an emergency kit of obstetrical equipment now is standard, and instruction in its use given captains and stewards. Thus far it hasn't had to be used." 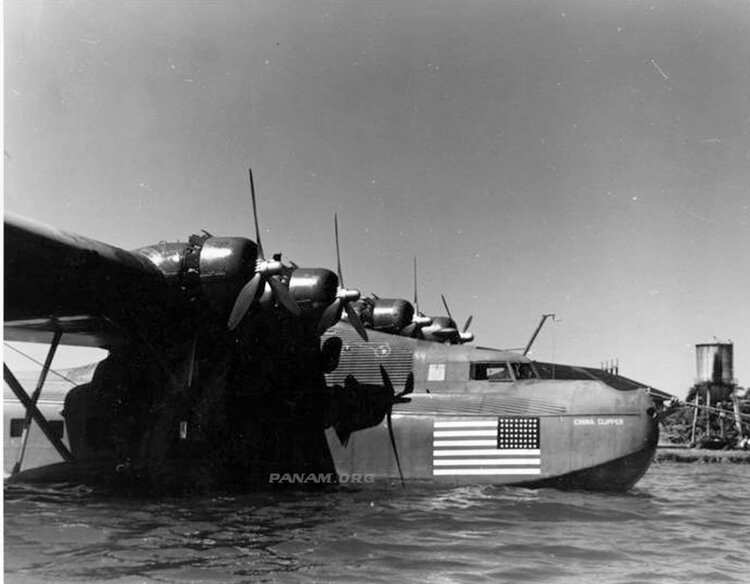