Most of the world was at war.

Not the United States - yet - but the writing was on the wall. 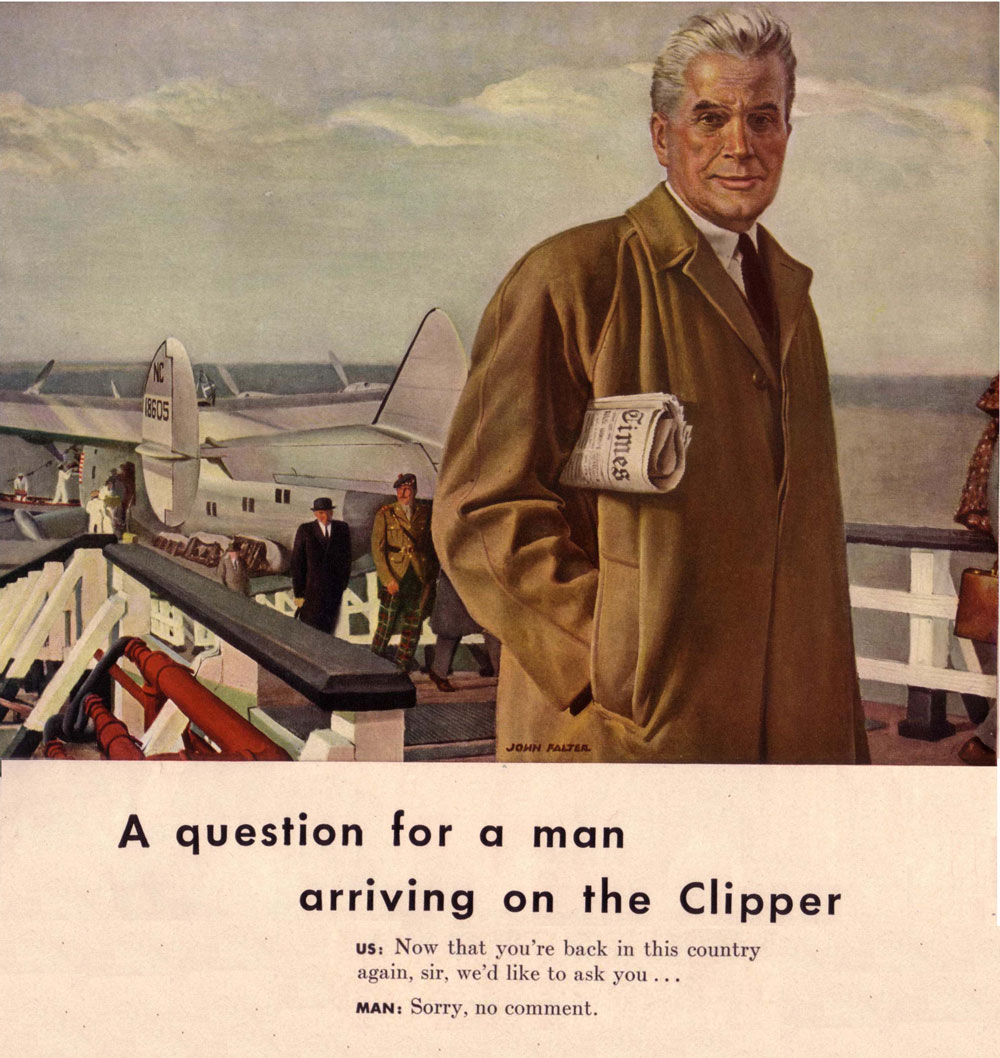 Nazi U-boats prowled the Atlantic, taking a toll on seaborne shipping. If you wanted to get "across the pond," and arrive safely, you'd want to be flying on a Pan American Clipper. With most of Europe's nations at war, observance of neutrality compelled Pan Am to restrict flights to neutral Portugal, so that's where the clippers flew to and from.

A review of mentions of the word "Clipper" found in the New York Times for the months of May and June, 1941 came up with dozens of references.  A few were the brief mentions to be found in the routine "Shipping and Mails" notes, but a great many more were real news items. With hindsight, it doesn't require a leap of imagination to discern just how critical Pan American's over-ocean transport link was.

For example, on Saturday, June 7th, the Times noted: "Eleven passengers bound for Lisbon... were aboard the Dixie Clipper when it left the marine terminal at LaGuardia Field yesterday morning for Europe..."  Among the passengers were three members of the National Research Commission - Drs. George Kistiakowsky, Robert Elderfield, and Albert Noyes, Jr. The article went on: "All declined to discuss their trip." No wonder! They were on their way to confer with British scientists regarding the development of one of the war's most important secret weapons, RADAR. When they returned to the U.S., they continued to work on the industrial development of the British invention. 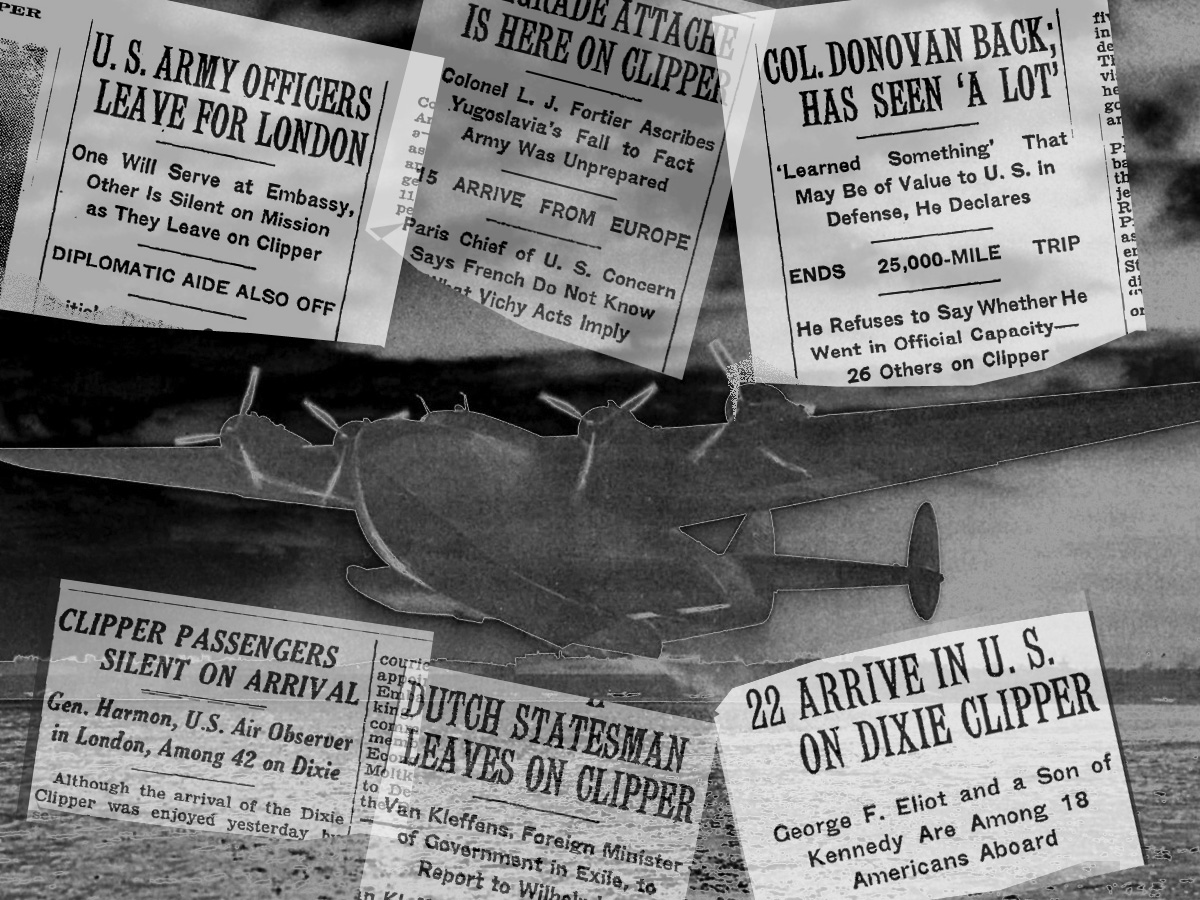 Colonel "Wild Bill" Donovan, founding director of the OSS, forerunner to the CIA, flew to Europe several times (at least) on Pan Am in the months between the start of transatlantic service and mid-1941, as noted in the New York Times. It was inferred that he was up to something regarding secret intelligence operations. As reported in a May, 1941 feature, he would say he was "just having a look around" on a fact-finding mission, but would say nothing more.

The "no comment" approach was pretty typical. Most of the people flying on those clipper flights were doing so on matters of vital national importance, and it was abundantly clear that whatever they might care to share with the waiting members of the press would be printed. Saying nothing was safer.

The Times printed such reports almost daily, usually listing the comings and goings of almost everyone flying to or from Europe. The list was filled with military officers, ambassadors, representatives of defense industries, government officials, show business luminaries, journalists, and not a few refugees. It was the safest of bets for news organizations that clipper arrivals and departures would prove newsworthy. Passenger loads rapidly increased, as did the mail loads, which multiplied from hundreds of pounds per flight in 1939 to reach thousands of pounds by mid-1941.

The Pan American aircraft were an absolutely vital link for all Allied nations. Dutch representatives flying from the Dutch East Indies (now Indonesia) needed Pan Am to connect with their government in exile in London (after the Nazi invasion of Holland in 1940). The clippers couldn't have been more important to Britain, so dependent was the beleaguered nation on American support, especially early on in their struggle with Nazi Germany. This transoceanic capability was of such importance that Pan Am relinquished three of their previously ordered Boeing B-314's to BOAC, the British airline.

In May, Pan Am started service from San Francisco to what was then British Singapore. It was noted then that the colony had lost it's own national air service due to the Japanese occupation of French Indo-China, cutting off and isolating Singapore from air service via British airlines flying from points west.

Before the advent of long-range land planes which could manage transoceanic distances, the "free world" depended on Pan Am's flying clipper ships as an absolute life-line. By definition, if you flew on a Pan American Airways Clipper, you were news.