Fate of the Star of Hope 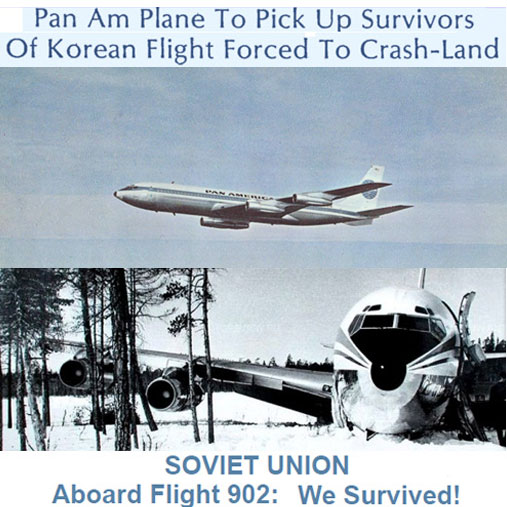 The Boeing 707-321B had started off its flying career with Pan Am registered as N428PA, “Clipper Star of Hope,” and this night its former name might have had some lingering influence as events unfolded. Veteran pilot Capt. Kim Chang Kyu had flown this route many times before, but this night things were going to be different...

It was the night of April 20th, 1978. Korean Air Lines flight 902 with 110 passengers and crew onboard was on its normal flight from Paris to Seoul over the North Pole, with a scheduled stop for fuel in Anchorage. The Boeing 707-321B had started off its flying career with Pan Am registered as N428PA, “Clipper Star of Hope,”  and this night its former name might have had some lingering influence as events unfolded.

Veteran pilot Capt. Kim Chang Kyu had flown this route many times before, but this night things were going to be different.

Somewhere over the Barents Sea, heading Northwest, the aircraft inexplicably made a U-turn, heading Southeast towards Finland. Before long the Boeing 707 was flying into the Soviet Union, and into an area of particular sensitivity to the Soviets – the Kola Peninsula, adjacent to the Finnish border and site of Soviet naval and missile installations. 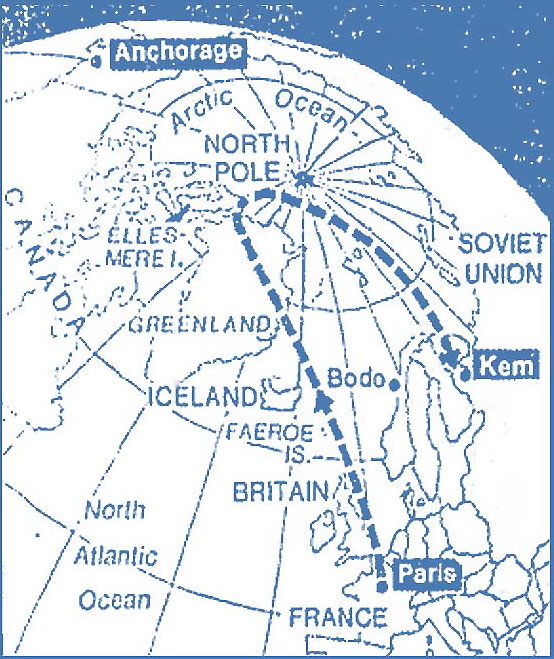 The airliner was soon on Soviet radar, and their air defense command scrambled six Sukhoi-15 fighters to intercept the “bogie.” What happened next is not exactly clear. It may have been a missile fired by the fighters, or it may have been their guns. But the result was indisputable – and fatal for two of the passengers. Several feet of the left wing was destroyed, and the fuselage was punctured, causing immediate decompression of the cabin.

The pilots immediately put the aircraft into a sharp dive and managed to shake their pursuers by flying into clouds. They flew their crippled Boeing low over the moonlit landscape for an hour and a half, burning off fuel while looking for a place to put her down. Finally, with fuel almost exhausted, they found a frozen lake and hoped the ice would hold the 100 tons of the 707...  It did.

Captain Kim announced on the PA “We have survived!” and his passengers broke into applause, but the scene inside the plane was not pretty. Two passengers had died during the attack, with 16 others injured.  But considering the circumstances, the outcome could have been much worse. The survivors were truly lucky to be alive.

Within two hours, Soviet troops arrived on the scene, and the survivors were soon helicoptered to a nearby village where they were put up for the night. The next day they were flown by Aeroflot to the city of Murmansk.

While this was happening, arrangements were being hastily made to rescue the survivors. Not unexpectedly, the call came in to Pan American World Airways. The decision was made to fly a Pan Am Boeing 727 from Berlin’s Tegel Airport to Russia. This was a natural choice, as Pan Am had been flying to the USSR for a decade in a reciprocal agreement with Aeroflot. After some last minute haggling over details, clearance was granted for the flight, which first flew to Leningrad to pick up a Soviet navigator / liaison. Then it was on to Murmansk.

It was a short flight from there to Helsinki, Finland, where there would be another Korean Air Lines aircraft waiting to transfer the survivors from flight 902. There was never a satisfactory explanation as to why the plane changed course and flew into Soviet airspace. The aircraft was dismantled and the parts taken away by Soviet authorities. Korean Air Lines blamed navigational equipment malfunction.

This incident could have been much worse. It was a precursor to a much more terrible happening five years later, when another Korean Air Lines aircraft, Flight 007, strayed over Soviet airspace and was also attacked – and destroyed in flight. That time, there were no survivors. We can count on civil aviation evolving, with technology and training making flight safer. It’s the human factor that needs to improve.