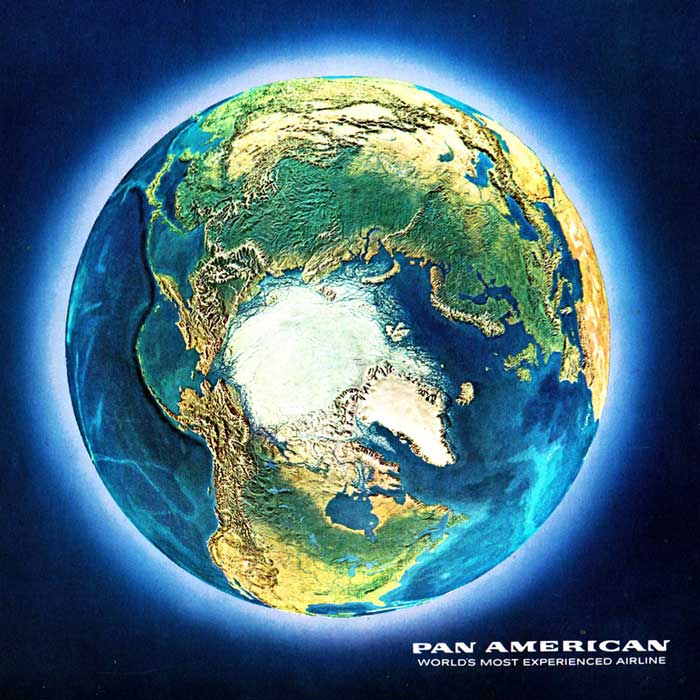 Pan Am Decides to Install Inertial Navigation Capability on Its Jet Fleet, July 1964 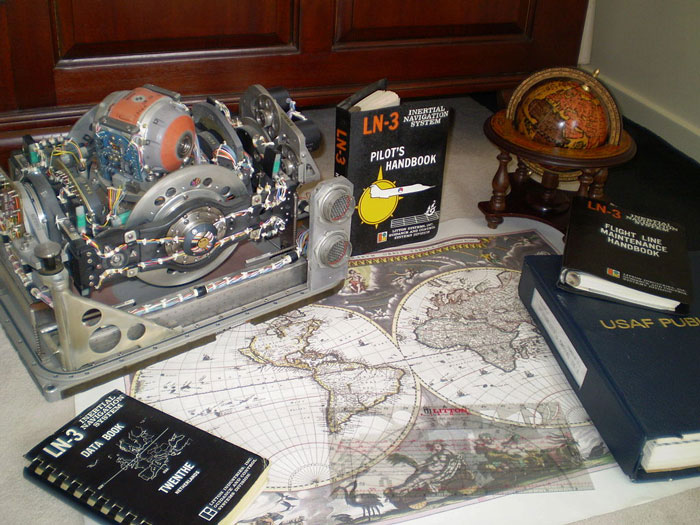 Accurate navigation is integral to the safe operation of any aircraft. There is a well-worn saying that most any pilot can repeat: "Avigate (i.e., fly the airplane), Navigate, and Communicate," in that order. Modern commercial transport aircraft, flown by well-trained professional crews, have quite a margin of safety under most situations, with two pilots available to manage the job of keeping the airplane flying. (Photo left: Inside the INS Box)

It wasn't until the mid-1940's that aircraft navigation began to enter into what might be termed the modern age, particularly in respect to long-range flight across large stretches out of sight of land. The most trusted system up until then was onboard celestial navigation, supplemented by long-range direction finding provided by land-based stations and dead-reckoning by the crew of the aircraft.

This approach was superceded with the commercial advent of LORAN in the mid-1940's, but the early versions required special training and usually the services of a flight navigator in the crew. In any case, the system depended on radio signals emanating from ground stations far away, and could be hampered by atmospheric interference. Accuracy diminished with distance from the ground stations too.

The Doppler System and INS 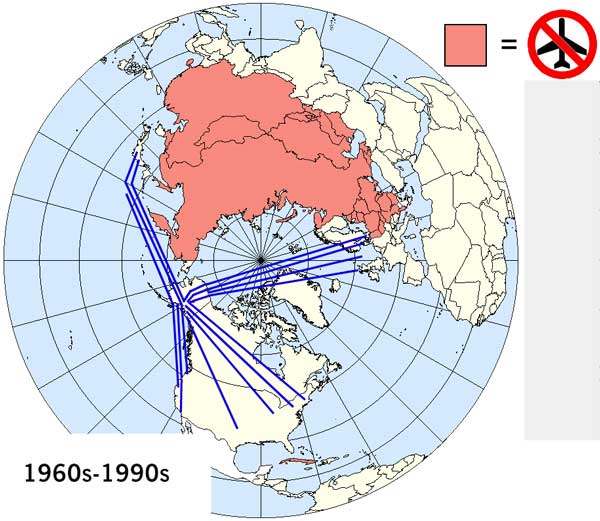 What was really challenging to the development of international commercial aviation was having an accurate way to navigate over Earth's higher latitudes. Aircraft were developed with truly long-range potential, making it possible fly Great Circle routes between continents over polar routes. But not only were such routes over places where magnetic compass accuracy was minimal, and ground-based aids to navigation sparse at best, it was imperative to avoid restricted airspace when Cold War tensions dominated international travel and much else besides.

What was needed was a navigation system that was independent of outside directional resources. Fortunately, technology became available to handle the job. The Inertial Navigation System, or INS, was one answer. Based on the interpretation of extremely accurate measurement of inertial forces at play on a system of gyroscopes and accelerometers, it was first deployed on submarines. The early units were too heavy for aircraft, but the weight was reduced with the development of micro-electronic components. The system would be set at the start of a flight, with the accurate input of latitude and longitude coordinates from the starting point. Thereafter, the flight would be tracked without assistance of external inputs as it flew through waypoints that were pre-programmed by the flight crew. (Of course, wherever possible, ground-based air traffic control provided a check on the flight's progress.)

The first INS system Pan Am put in place on company Boeing 707's, made by Sperry, was not perfect, as the gyroscopes it relied on used mechanical bearings, which over the course of a flight resulted in inaccuracies. It was decided in late 1964 to augment the INS with another system, called Doppler, manufactured by Bendix, which used an aircraft-based RADAR array which pointed earthward in four quadrants. Pan Am had tested the system beginning in early 1958 onboard a DC-7C flying North Atlantic routes. (Photo right: Cold War Polar Routes 1960s-1990s, aircraft destinations from the United-States)

The system measured aircraft movements in four directions by calibrating the difference between the signal return in each of two axes, thus measuring forward as well as sideways movement (drift). It was accurate, but it was really a system for electronic dead reckoning, measuring movement on a time scale,just as had been done with the old visual drift sight method used when navigators dropped aluminum powder-filled flasks from their flying boats and measured the aircraft's movement away from the shiny spot on the ocean below. Pan Am still required crews to use a complementary navigational aids such as LORAN to augment Doppler readings. The FAA approved the use of Doppler, conditional on appropriate pilot training and procedural changes in 1961. The flip side of this decision was that the position of flight navigator was now becoming redundant, as the British say. Their day in the cockpit was coming to a close.

What came along next was a real improvement - technology derived from NASA's Space Program. The mechanical bearings in the earlier INS units were replaced with gas bearings, and the units (called Carousel by the A.C. Electronic Division of General Motors) could be relied on to be accurate with a few tenths of a mile over the course of a several-thousand mile flight. Pan Am's B-747's were equipped with three sets (two operational sets as required by the FAA along with one spare), providing redundancy. They proved to be accurate and reliable, and the back-up unit was more often than not, redundant. 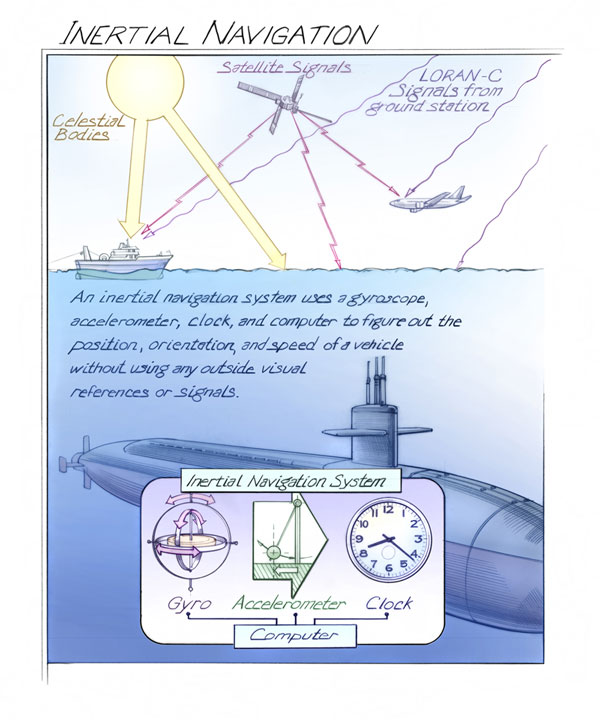