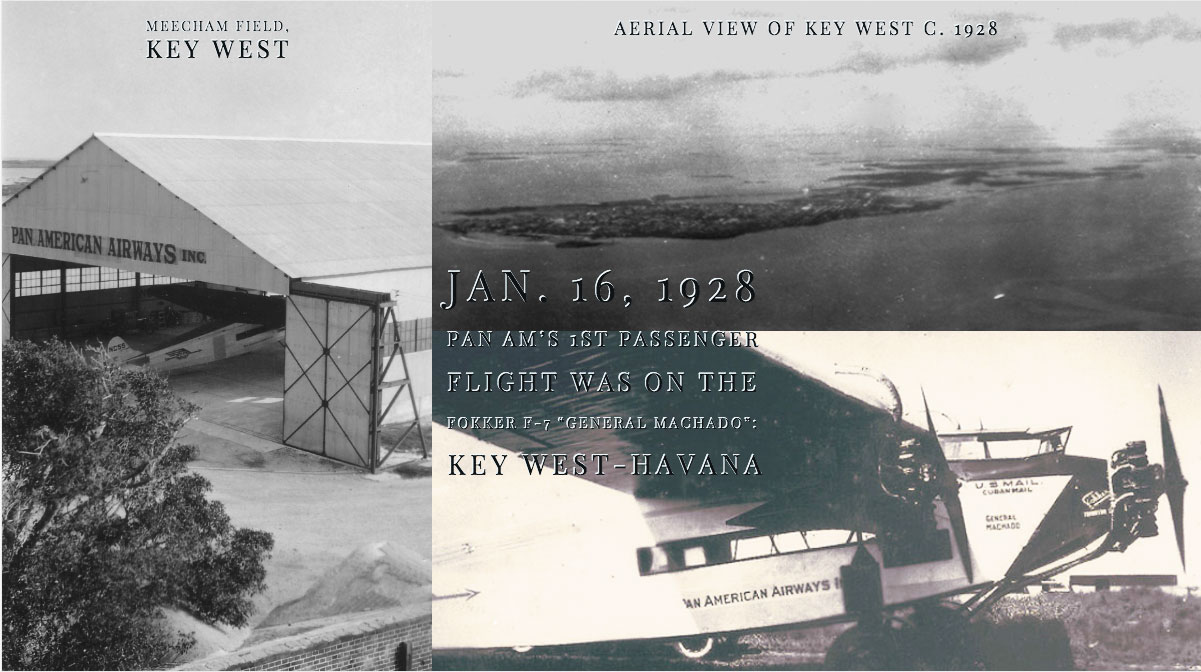 Jan 16th, 1928 was a very auspicious date for Pan Am. For the very first time, people would pay to ride a Pan American Airways plane.

Following the protocol that would be honored countless times in the decades to come, the first flights over the new (and at the time, only) route to Cuba made by America’s fledgling international air carrier were mail-only. The first scheduled flights from Key West to Havana, Cuba began on October 28th, 1927. That was the way things stayed for the first ten weeks or so.

Following New Years 1928, things picked up. After a determined effort, the facilities at Key West were now ready to properly accommodate passengers and planes. The small bungalow-style terminal building and new steel hangar were completed by January 16th. And so that day began the tradition that would grow to someday see hundreds of passengers board a single flight. But in the beginning, the passenger load was maxed-out with seven on the flight to Havana. 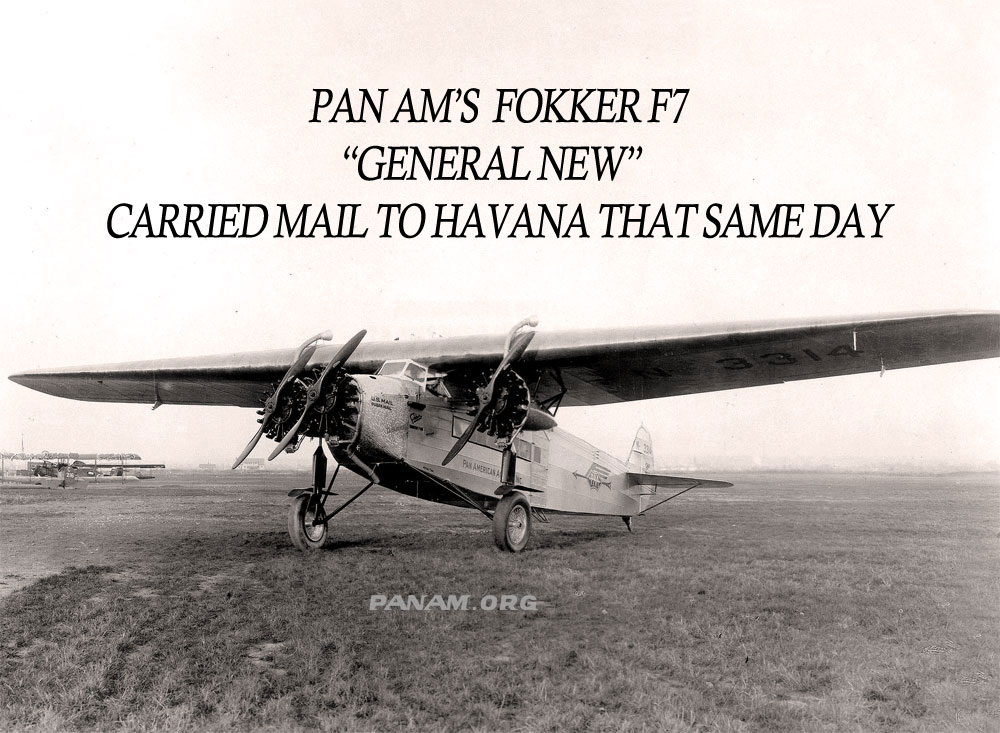 The flight with the first revenue passengers was actually the second flight to leave Key West’s Meacham Field that day. The first, piloted by Ed Musick on the Fokker F-VII General New (named after the US Postmaster General) left with a huge mail load and a single non-paying passenger – one Juan Terry Trippe.

The second flight on the other Fokker, the General Machado (named for Cuba’s president) soon followed with first fare-payers, who each paid $50 for the privilege. They made the 90-mile flight to Havana arriving at 9:38 am.  The return flight to Key West left with four passengers. All in all it was an auspicious beginning for Pan Am’s passenger service.

Pan Am Plans for Expansion

By the end of the month, the little airline had carried a total of 71 passengers across the Florida Straights to Cuba and back. The U.S. mail loads added up to almost 12 tons, with about 1,600 lbs. each of cargo, and Cuban mail bound for the U.S.

The following months were devoted to planning and preparation for bigger things to come. One priority was to establish a much more convenient base from which to operate in Florida. Land was secured and construction begun on a new airport in Miami from which to operate with connections to the North. By September, flights were operating from the new “Pan American Airport” at 36th Street. This base would be crucial for what was coming.

This included laying the groundwork for for much longer routes, enabled by a new Foreign Airmail Act passed in March.  The resulting new Post Office contracts called for two routes extending both east and west from Florida by way of Havana to Central and South America and down the chain of islands in the Caribbean.

A number of new aircraft were purchased by mid-1928, including ten larger F-10 Fokker tri-motors, Sikorsky S-38 amphibians, and other planes. Andre Priester, Pan Am’s Chief Engineer and operations guru, got busy hiring new personnel to fly and maintain the fleet. Hugo Leuteritz, former RCA radio engineer came onboard to develop a radio communication system that would mean developing new equipment for both planes and ground stations. The airline also got busy with market development, to fill the planes with fare-paying passengers, starting with an aggressive and successful campaign run out of the first foreign sales office in Havana’s Biltmore Hotel. And not least, Juan Trippe delegated various envoys to spread out among the countries of the Americas to negotiate for and secure rights to carry mail and passengers to and through their territories.

So although the balance of 1928 saw no great changes for Pan American’s scheduled operations, the stage was being set for all the ambitious developments that would soon follow.

Those first few passengers boarding that little Fokker tri-motor at Key West that morning of January 16th would be the vanguard of mighty armies of travelers that would certainly have staggered their imaginations. 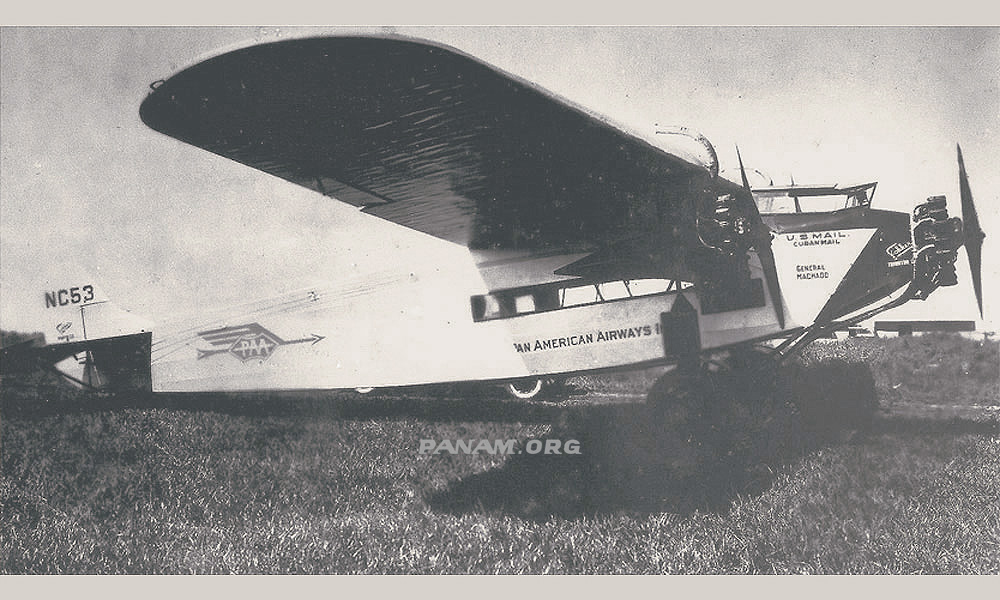