A Day to Remember

The day marked the beginning of Pan American’s coordinated route system, which would grow exponentially in years to come. 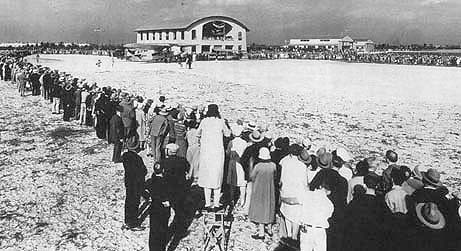 It was the start of something big. Miami’s Pan American International Airport (also known as the 36th Street Airport) was crowded with hundreds of eager onlookers, who had gathered to see a host of luminaries – none other than Charles Lindbergh and Juan Trippe, along with a not-yet-world famous Amelia Earhart. The “big” new airplanes were about to fly off to overseas locations including a flight inaugurating the route to far off San Juan, Puerto Rico. It had been fifteen months since the airline had begun flying, but the route structure had remained limited to a modest schedule linking Florida to Cuba’s capital.

Pan Am was gearing up for bigger things. It was only just over a week since Lindbergh had officially stepped into the role of Pan Am’s Technical Advisor on New Year’s Day. On New Years Eve the airline had taken possession of two new Fokker F-10A “De Luxe” 12-seat Trimotors, as well as a new Ford Trimotor, and its second Sikorsky S-38.

And it had only been 90 days since Pan Am had bought out Basil Rowe and his West Indian Aerial Express airline, taking over the routes he had pioneered across the islands of Hispaniola and Puerto Rico. The U.S. Post Office had already granted the appropriate Foreign Air Mail Route (FAM #6) to Pan Am, so now the next step was at hand: Opening the airway to San Juan, 1,400 miles away from Miami.

The preparations had been hurried. Juan Trippe understood that Miami offered far better connections to travellers from the north than did Key West, so he commissioned the immediate construction of the new airport with its innovative $50,000 terminal building (designed by noted architectural firm Delano and Aldrich with the help of Pan Am’s Fred Gelhaus) and a new city Pan Am ticket office.  The airport had only been in service since Sept. 15th, when Ed Musick flew the company’s first Sikorsky S-38 to Key West (where the mail was transferred to a Fokker) for the onward flight to Havana.

At the same time, Pan Am sent a team to Puerto Rico to upgrade the facilities there. In October, Pan Am received the government contract to fly the U.S. Mail to Nassau in the Bahamas, with the first flight happening on January 2nd.

Another important step came on October 16th, when the Miami airport received U.S. government recognition as an official Port of Entry. 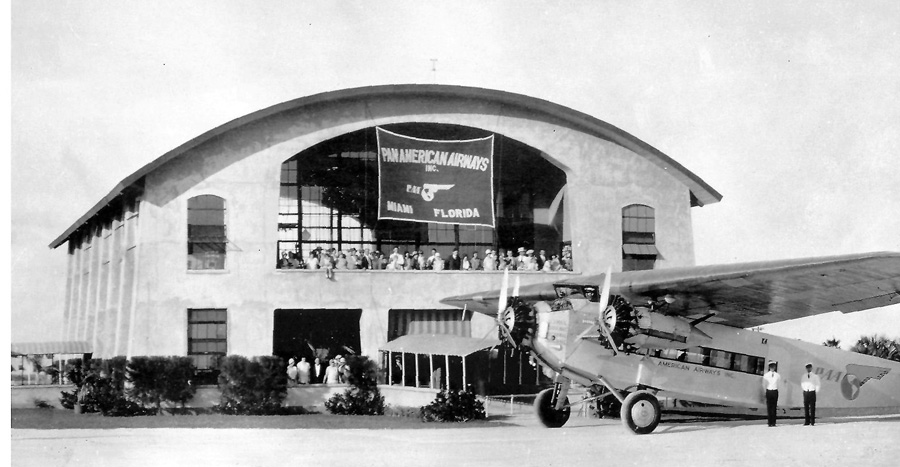 By the big day – January 9th, 1929 – the Pan American International Airport at Miami was ready to assume the mantel of America’s international aerial gateway to lands beyond the seas. Although it would soon be overtaken by another new Pan Am terminal – the flying boat base at nearby Dinner Key – the airport would someday grow to become what we know today as Miami International Airport. As reported in the New York Times, U.S. Postmaster General Harry New, about to embark for Havana on the "Christopher Columbus", a new F-10A captained by Ed Musick, suggested that: “This service will bring better relations between the countries it is to serve. It will promote business and in every way contribute to the progress of mankind.”

“Then came the last departure of the day, the Christopher Columbus, flagship of the Pan American fleet, its three Wasp motors turning over slowly as it taxied to the gate. Once more the spectators came to attention, the band played the hymns of Haiti, Dominican Republic and Puerto Rico, and the bright emblems were unfurled beside the other flags…Ed Musick, the pilot glanced impatiently at his watch as the photographers lined the passengers up for one more “shot”… Musick made the fastest outward flight of the day, landing at Havana in an hour and fifty minutes.” (New York Times)

The usual time to travel to Havana at that time was 13 hours, by boat! 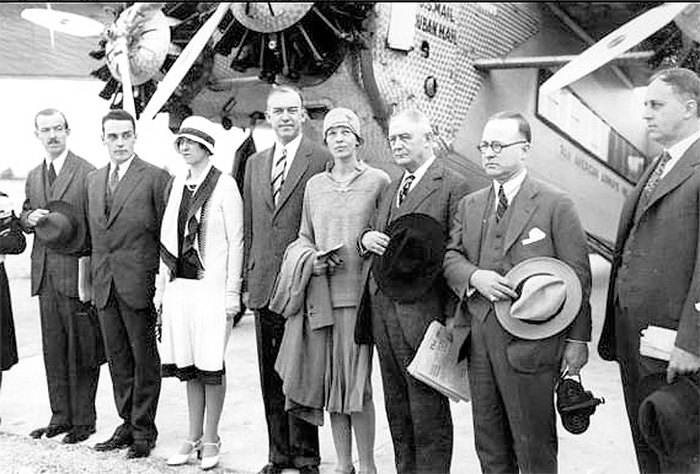 Dignitaries about to board for Havana, from Pan Am International Airport Dedication

(Courtesy of the Florida State Archives) In Havana, Amelia Earhart helped christen the new Ford Trimotor "Cuba," before it flew off to the east to rendezvous with the first Pan Am flight bringing mail from Puerto Rico.

(Courtesy of the Mason Family Collection) 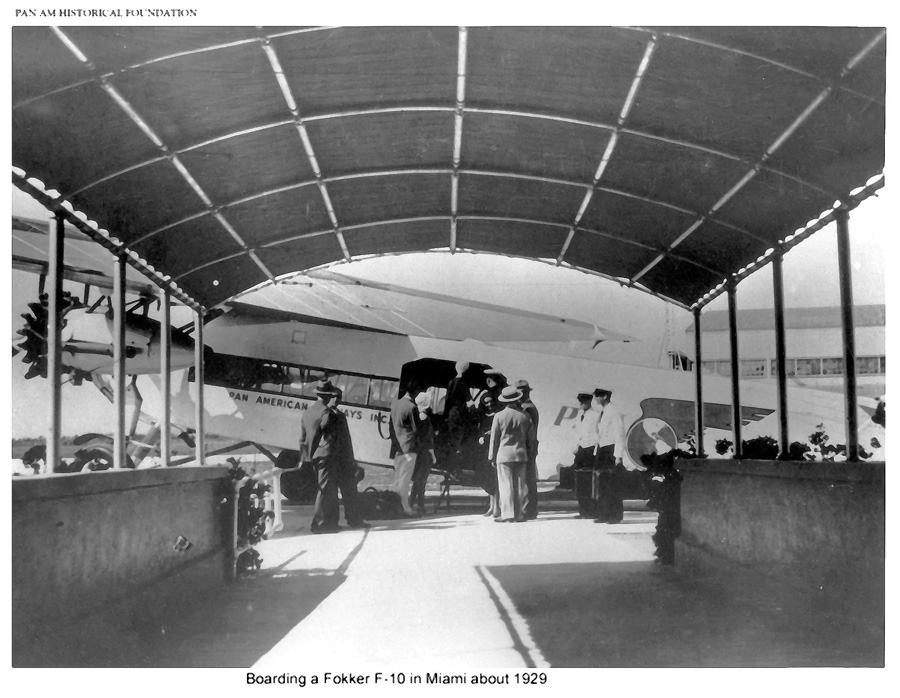