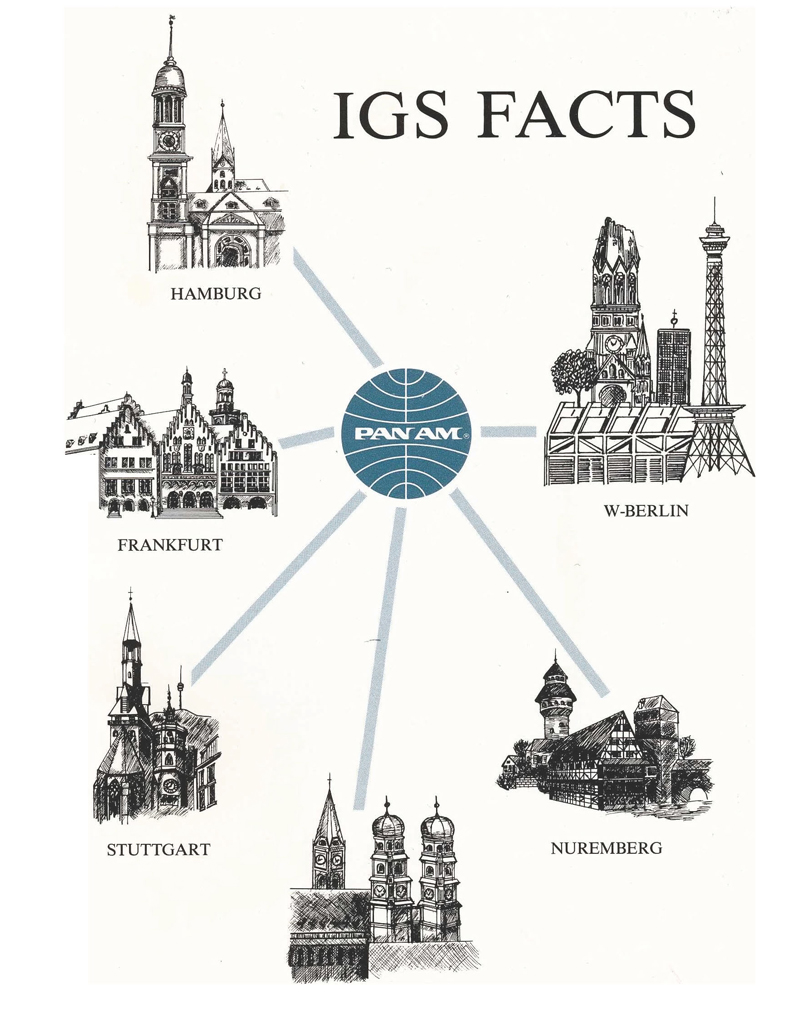 A RECAP OF IGS OPERATIONS FROM 1984

Pan Am's Internal German Service was an airline within an airline and proved to be a great success when Germany was still divided during the Cold War. It also enabled German travelers to connect with other Pan Am destinations in Europe, the US, the Middle East and Asia.

“Pan Am, an International Airline, takes its responsibility in the IGS very seriously. The 1984 schedule reliability was 99.1%. Of course sometimes a flight has to be cancelled due to bad weather or a technical problem.

Pan Am operates additional flights beside its schedule, e. g. during congresses in Berlin and the peak months and other events if required. 1,407 extra flights were performed in 1984.

In April 1985 Pan Am will introduce the first wide body aircraft in the IGS, the Airbus A 310-200 with 18 Clipper and 207 Economy Class seats. The Airbus is scheduled to serve Frankfurt, Hamburg, Munich and Stuttgart. This will increase Pan Am’s daily IGS seating capacity on weekdays by 3342 seats (42.9%). 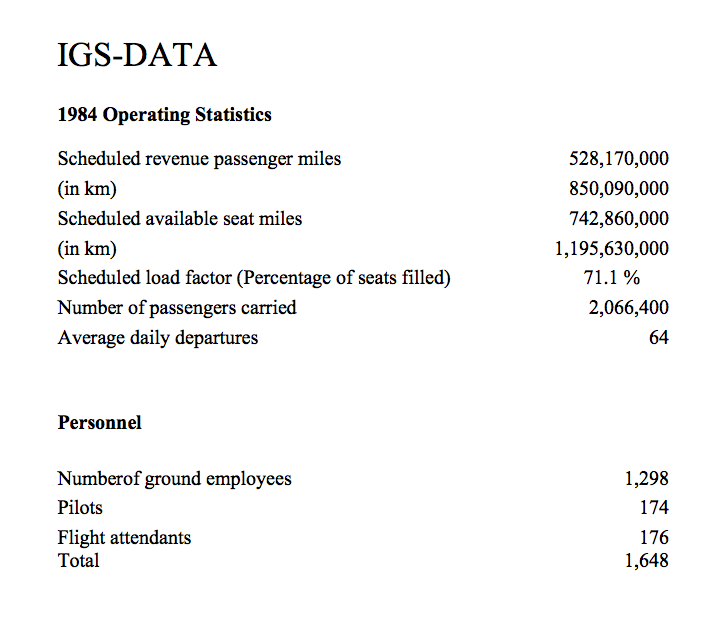 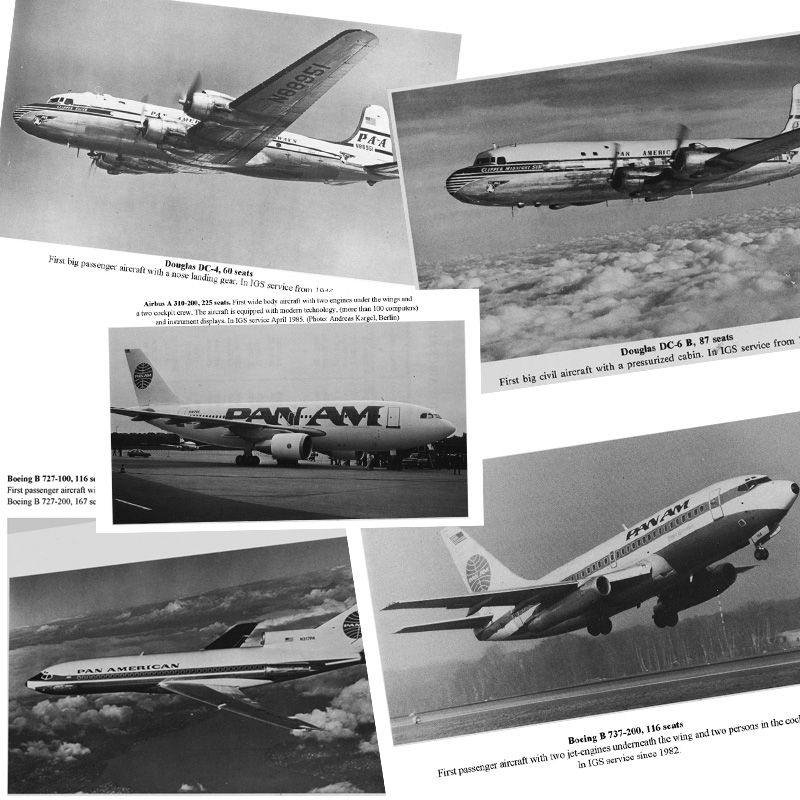 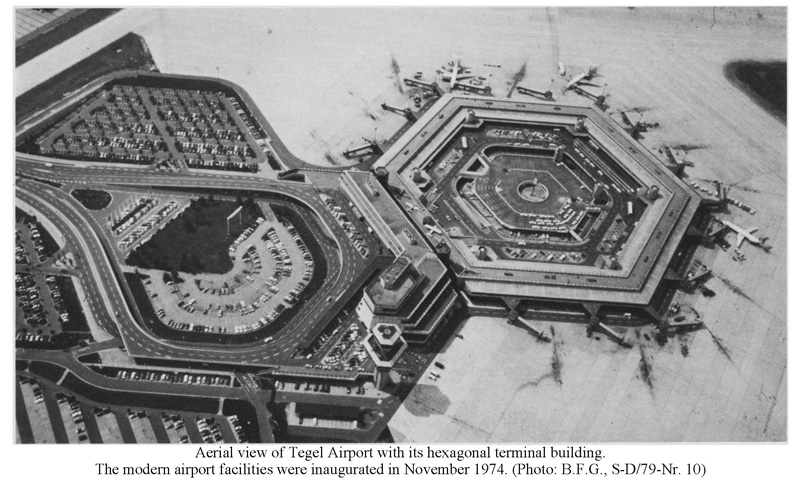 Pan American, with its World Wide Network to all continents, serves about 22 locations in the United States and operates to more than 65 places in 15 countries.

To the Middle East and Asia they can join Pan Am flights in Frankfurt.

Passengers will receive their boarding cards with seat numbers for connecting flights to a final destination on Pan Am at the point of check-in.