Cover Art by Dong Kingman: A Walk on Park Avenue 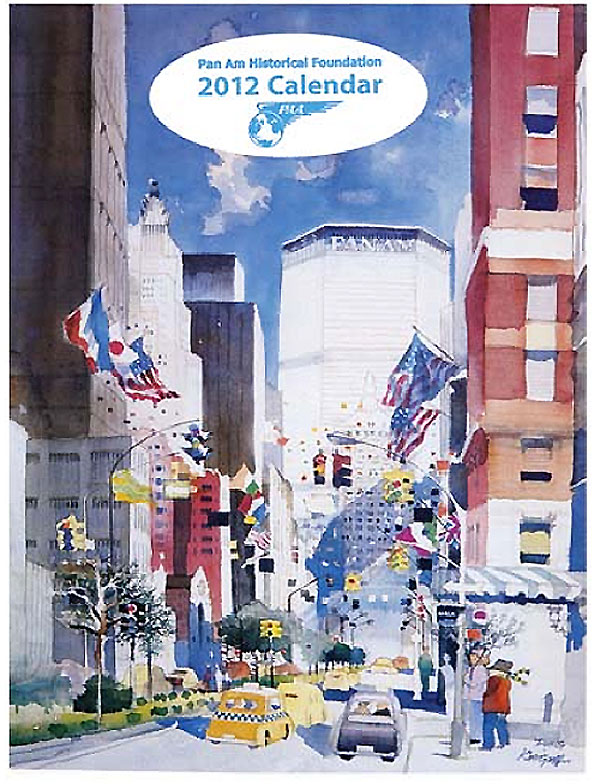 Over the years, major sponsors of Kingman’s work included Pan American World Airways. His paintings of the airline's historic flights and its many destinations around the world appeared on numerous in-flight materials and company publications. In traveling the world for Pan Am, and for so much of his career, he was in the constant company of his beloved wife, Helena, who was so intrumental to his success. 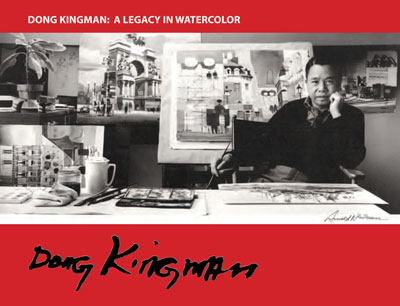 A 1936 solo exhibition at the San Francisco Art Association brought Dong Kingman national recognition. Art critic Junius Cravens was effusive: "The young Chinese artist is showing 20 of the freshest, most satisfying watercolors that have been seen hereabouts in many a day... Kingman's art belongs to the world at large today."

In the ensuing years, as Kingman's international reputation grew, he was much sought after. The artist became a cultural ambassador when he went on an exhibition/ lecture tour of Asia and Europe in 1954 for the U.S. State Department.

That same year, his stature was further enhanced by the release of a 15-minute documentary, "The World of Dong Kingman," directed by Academy Award winning cinematographer James Wong Howe. The film was shown on Kingman's tour.

Inevitably, Hollywood beckoned the celebrated watercolorist. His brilliant watercolors were used to set the visual moods in the films "Flower Drum Song" (Universal, 1961) and "55 Days At Peking" (Allied Artists, 1963), both giving the artist film credit, and he served as technical advisor for "The World of Suzie Wong" (Paramount, 1964).

Kingman executed many commissions from magazine covers for TIME, LIFE, Fortune, The New York Times, and Saturday Review to murals for the Bank of California in San Francisco, the Washington Mutual Bank (now Chase) in New York, and the mural "East Meets West" at the Brooklyn Public Library's Multilingual Center.

Among his posters, he created the "OpSail" 1976 and 1986 editions, the "100th Anniversary of the Olympic Games" poster in Atlanta as well as limited edition posters for Pan Am and the Hong Kong Tourist Association. Also he contributed watercolors to charitable organizations, including the World Federation of United Nations Association Limited Edition (WFUNA) art program and UNICEF.

One of Kingman's most treasured experiences was his invitation by the Ministry of Culture of the People's Republic of China to exhibit in that country in 1981. He was the first American artist to be accorded a one-man show since diplomatic relations resumed. More than 100,000 people attended Kingman's critically acclaimed retrospective. Noted the China Daily Mail, "Just as the master painters roam about the mountain and stream to capture the rhythm of nature, Dong Kingman traveled the world capturing the dynamism of modern life...familiar scenes have been transformed into a vibrant new vision of life...his watercolors remind us of the pleinairism of the French Impressionists." 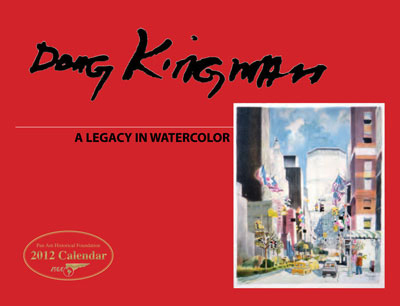