Echoes of Futures Past In 1968, Stanley Kubrick's vision of things to come as seen in his iconic motion picture, "2001: A Space Odyssey," suggested a plausible melding of the world as it was, with a future that was patently believable. 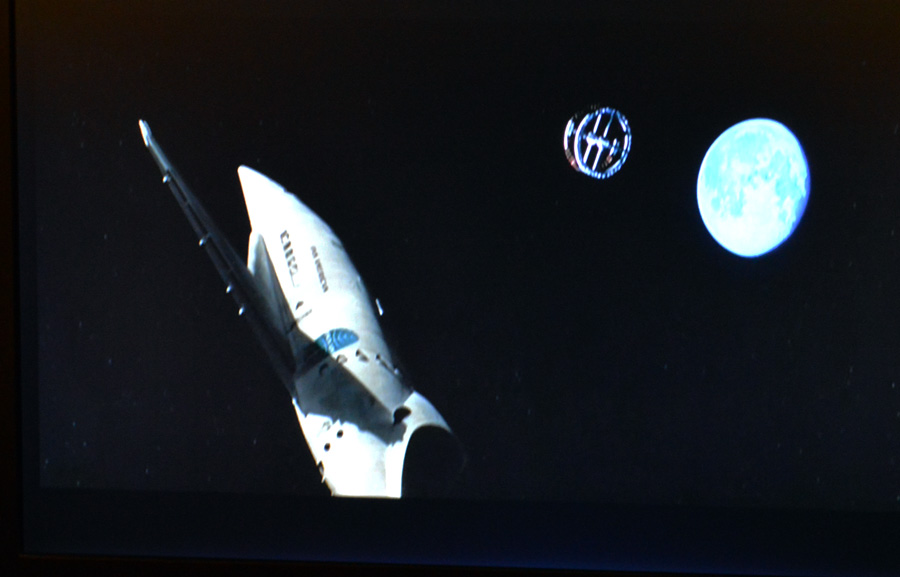 The opening of the movie suggests humanity's VERY distant past - long before history. After a mysterious black monolith suddenly appears in the midst of a band of hungry and disgruntled hominoids, it is only a matter of time before one exceptional individual discovers the deadly potential of an old bone - a technological breakthrough - and the hairy crowd that will become mankind is on its way to the stars. With a wonderfully-deft cinematic segue, the movie dissolves from the slowly-revolving bone, thrown aloft in triumph by the hero (or anti-hero - you decide), to a dreamlike scene of gracefully orbiting satellites in Earth orbit, including a space station, eons later.

With the strains of the Blue Danube waltz providing the musical mood, we're presented with a shot of a space plane, on its serene approach to the station. In 1968, audiences watching "2001" had no trouble whatever accepting the fact that the craft was liveried with Pan Am's "blue ball" logo. 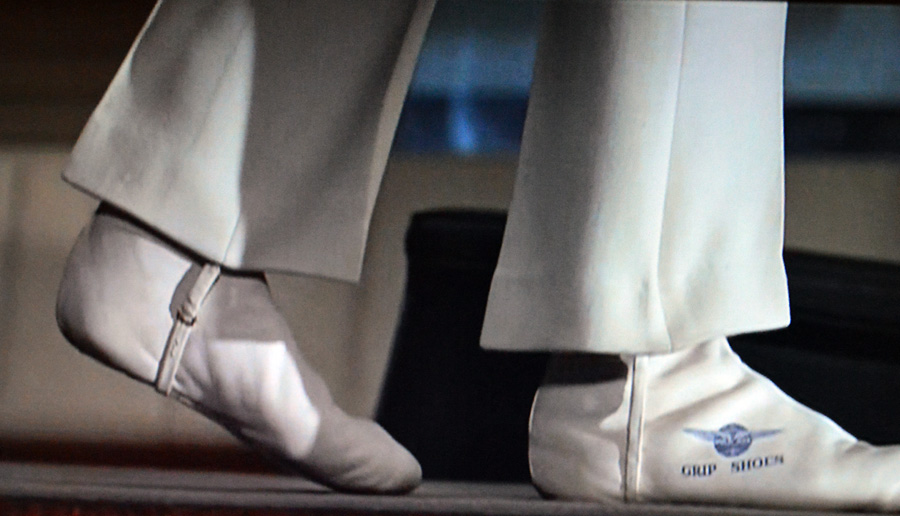 The design for the Pan Am "space clipper" was the work of former NASA  designer Harry Lange, who was lured away from government work through his acquaintance with Arthur C. Clarke and subsequently, filmmaker Stanley Kubrick. His knowledge of aeronautical (and astronautical) design provided exactly the "right stuff" for Kubrick, who wanted to leave nothing to chance as he was developing the conceptual framework for his forthcoming epic about space exploration. Kubrick tasked Lange to come up with designs that could be presented on screen as absolutely plausible. In fact those designs, and the models that were built from them, were masterpieces. They certainly helped set the bar for the beautiful docking sequence, showing an exquisite dance during the careful alignment of ship and station, with alternating views of the on-screen displays in the glass cockpit. Pretty inspiring stuff!

In his obsessive desire to make sure that those props and models that added so greatly to the verisimilitude of his cinematic vision would remain forever solely connected with "2001" alone, Kubrick wanted all of them destroyed after filming was completed. Fortunately, that part of his vision was never completely consummated.

At a highly publicized auction just held in El Segundo California, one of Lange's models for "2001" - labelled the "Pan Am Aries 1B Trans-Lunar Space Shuttle" was sold for an astounding $344,000 to the Academy of Motion Picture Arts and Sciences for their Museum. It may not quite be the "space clipper," but it may be the single surviving model from the epochal motion picture.

It's interesting to note that the current president of the Academy of Motion Picture Arts and Sciences is Cheryl Boone Isaacs, who among her other accomplishments, was a Pan Am stewardess. Just perhaps, her early career choice was influenced by visions of that Pan Am space clipper seen in "2001." If so, her past may have helped provide the prologue for this one piece of "futures past."

You can read more details about the auction at icollector.com. 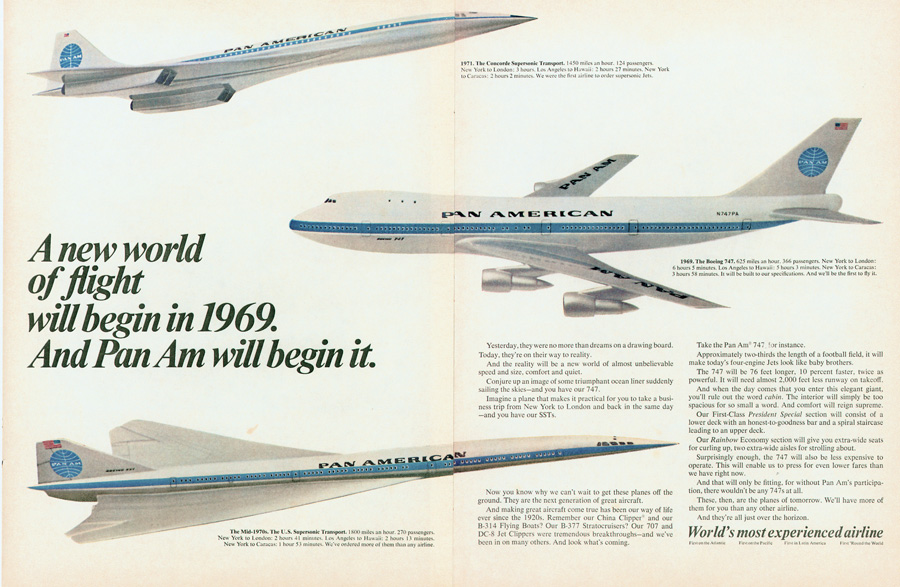