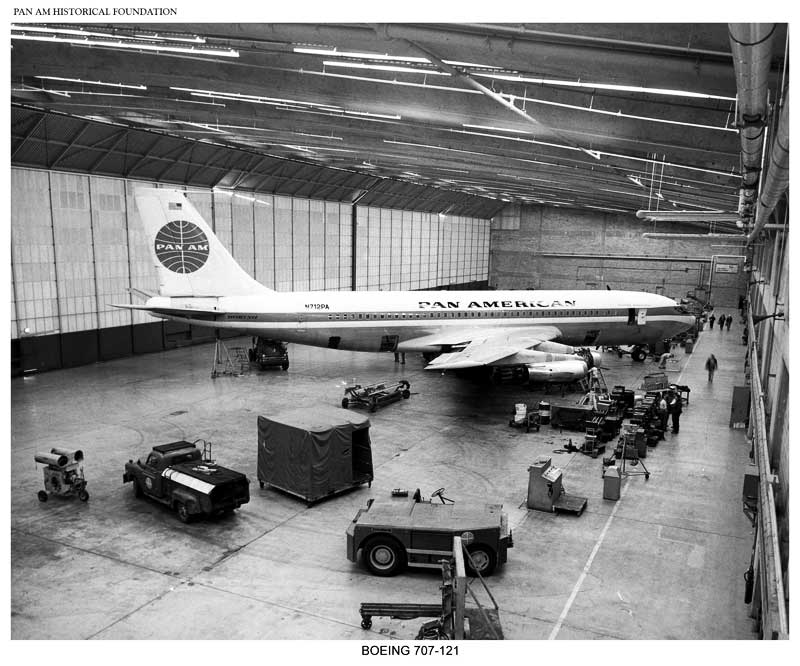 UFO Mystery on a 707 Proving Flight

By Jack Meade. In his years working on some of the world's most successful aircraft, Jack Meade had some unusual experiences - including this encounter with a "UFO", the eventual explanation turned out to offer a pretty unusual insight into events right here on Earth.

After return of the first leased 707 from National Airlines, before operations could commence on Latin American Division routes, proving flights with FAA personnel on board had to be performed.  One such proving flight was scheduled from San Juan, Puerto Rico to New York City.  My boss, Capt. Dick Vinal, was the pilot and I was assigned as an observer and sat in the extra crew seat in the cockpit.

Departure was late afternoon from San Juan.  The flight was smooth and uneventful.  After a couple of hours and in the serenity of the cockpit which was dark with a million stars peering in, we sat back and rested for the remainder of the cruise.  A small light momentarily lit up in the center of the pilot's window panel. It repeated itself except this time a few inches away from its first appearance.

After several of these intermittent flashings in different locations, Capt. Vinal took notice and alerted the crew. The flashing persisted and we all began to offer opinions as to what it was. This was in a time period when UFO's were the talk of the day occasioned by many sightings on other aircraft and the crew came around to agreeing that this small flashing light in the captain's window might be classified as a UFO, which would have to be reported on landing.

The on-off light persisted for most of the remainder of the 4-hour flight but disappeared at the beginning of our descent into Kennedy. After landing and embarking the FAA personnel and other guests at the terminal, we taxied over to the Pan Am maintenance base and parked the airplane. Capt. Vinal explained the observed light to the maintenance supervisor and instructed him to remove the windshield and examine it.  A short time later, the supervisor came over and explained that he had an answer to our mystery.

The windshield panels consist of two layers of glass with an air space between. A lightning bug had somehow entered the airspace with its ability to exude a light every few seconds.

This was the cause of the intermittent light we had observed for several hours during the flight.