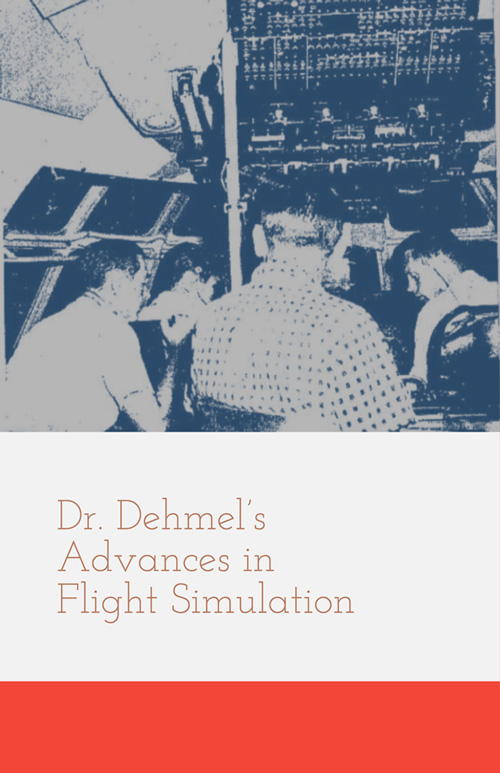 “The pilot eased back the throttles and the roar of the engines settled to a whistling purr. Suddenly I heard the welcome screech of the plane’s tires on the runway. The pilot, co-pilot, and flight engineer at their controls had literally sweated that one out. Their white shirts were spotted with perspiration.… We had flown for more than an hour, and just about everything had happened: bad weather, ice on the wings, an engine failure, radio troubles. And we had completed the flight successfully without ever leaving the ground.” (George H. Waltz, Jr., Popular Science, September 1948.) 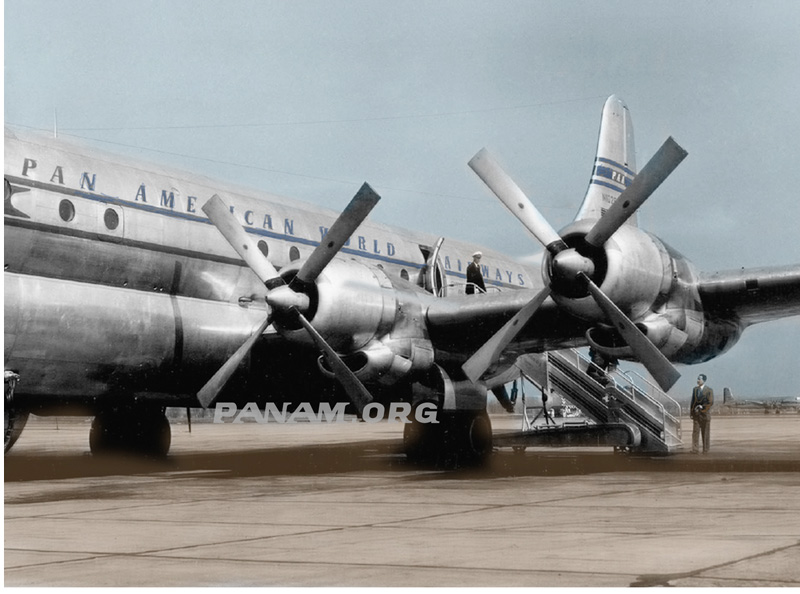 By the time Pan Am was preparing for the advent of the new Boeing B-377 Stratocruiser in 1948, a new era in flight training had begun.

The new, highly-complex Boeing transport would demand a fair amount of crew training. The standard approach had always involved a lot of time – and not a little expense – to put pilot trainees behind the controls of aircraft in flight. Al Ueltschi, founder of Flight Safety International, and for many years Juan Trippe’s personal pilot, once noted:

1) Training in an airplane can be hazardous;

2) When the unexpected occurs, take appropriate action in a timely fashion; and

Simulating actual flight conditions to train pilots can cover all those bases. Training on the ground isn’t hazardous. Appropriate actions for the unexpected can be learned, and repeated, safely. And as for luck, if you terminate your “flight” in a simulator with an accident, you can save your luck for another day.

Flight training in the United States had been a matter of national urgency during WWII. Scientists and engineers bent their talents to the task, including Dr. Richard C. Dehmel of Bell Labs in New Jersey. His first efforts resulted in improvements to the legendary “Link” trainers used for training Pan Am B-314 pilots. From that he went on to develop a much more complex system, based on an analog computer, which was developed and put into limited production by the Curtiss-Wright Corporation in 1943. 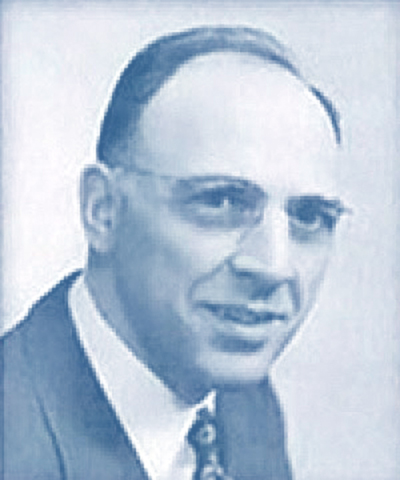 Two great advances of the Curtiss-Wright Dehmel Flight Simulator over the Link were:
1) The use of analog computers to actually solve the aerodynamic equations of flight so that yoke, rudder and instruments responded exactly as an aircraft would, and,

2) Integrating this with a radio guidance system that exactly simulated an airplane via radio beacon signals. For the first time, a pilot truly learned to “fly by instruments’ rather than “by the seat of their pants”!  (NJ Aviation Hall of Fame) 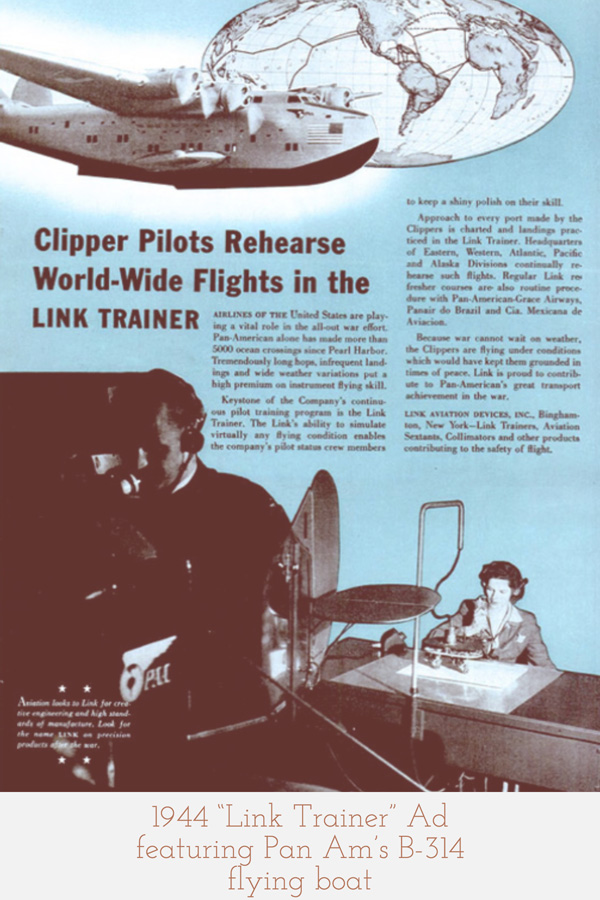 Used by Pan Am pilots on B-314s, “the original ‘Link Trainer’ was a non-electrical, totally mechanical system that used vacuum bellows, similar to those found in pipe organs, to control motion.“ (NJ Aviation Hall of Fame)

Dehmel had to work with the available electronic technology of the time. His simulator, dubbed the “Dehmel Duplicator” used electric signals to activate components such as potentiometers and servomotors to drive the instruments, all activated at the command of a flight instructor at a control panel.  As stated on the National Center for Simulation’s website: “The invention was the first to solve the equations of flight and have the controls and instruments of the trainer respond as an accurate equivalent of a real airplane.” 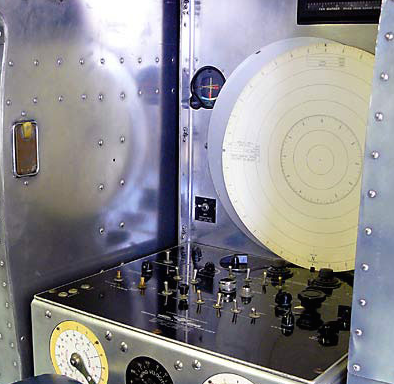 The development proved a success, and by the time the “Duplicator” reached the mature production stage in 1948, Curtiss-Wright had them on the market for $250,000. The timing was just right for Pan Am. The B-377s were soon to be flying, and the Dehmel simulator – some dubbed it the “Devil Box” thanks to its realistic qualities – was a real boon to airline training. Pan American World Airways trained 125 flight crews, plus 46 British Overseas Airways and 85 military transport crews during 13,000 hours of simulator time. The simulator enabled Pan Am to reduce crew training costs by 60 percent and in-flight training time from 21 to eight hours per crew. 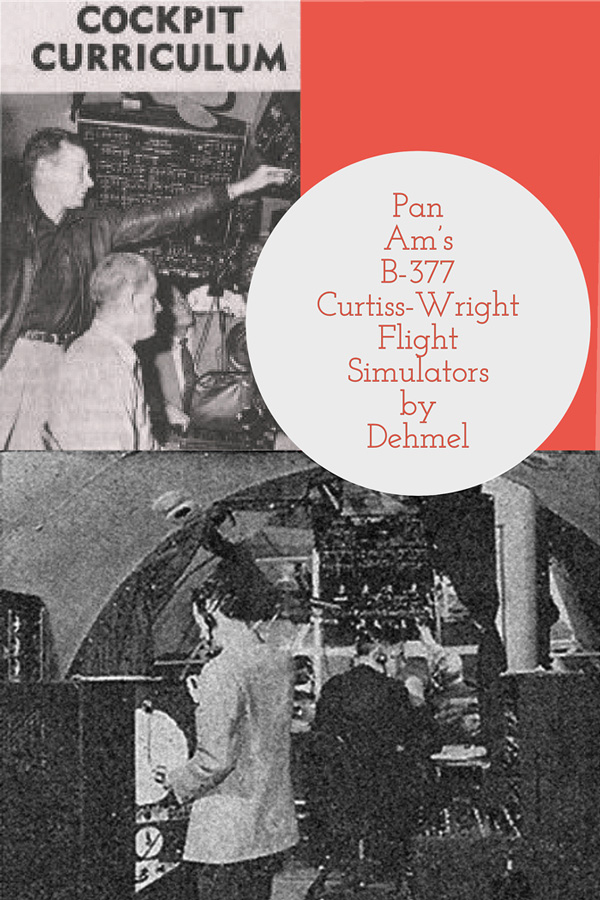 Read more about Dr. Dehmel and his device:

Fly the Link Simulator at the De Haviland Aircraft Museum