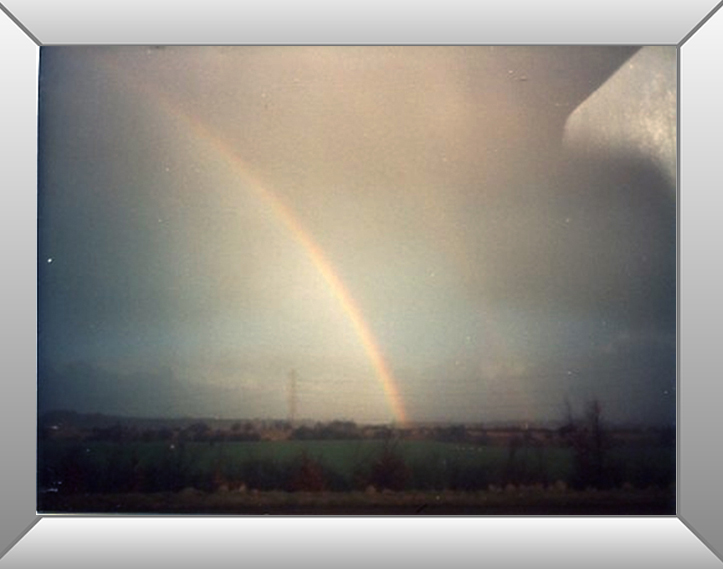 Pan Am employee Erik Sorensen, enroute to Lockerbie by bus for the memorial service in 1988, took this picture of the rainbow that appeared as they approached the town.

December 2018 marked three decades since that terrible day at Lockerbie Scotland when so many innocent lives were cut short due to a wanton act of terror. The past cannot be undone, but for 30 years since Pan Am's Flight 103 disaster at Lockerbie there have been three strong communities that have seen to it that the legacy of that day will not remain a matter of loss and sorrow only.

Look Back, Act Forward: Every Fall, Syracuse University observes Remembrance Week honoring Pan Am Flight 103 victims -- among them, 35 students from SU. This Fall during the pandemic of 2020, they will hold virtual events scheduled from October throughout the academic year that will commemorate the tragedy and highlight Syracuse Remembrance and Lockerbie Scholars, as well as those who participate in the university’s Remembrance Program activities. Read more about it: http://dailyorange.com/2020/09/remembrance-week-canceled-scholars-hold-events-virtually-year/

December 21, 1988: For a great many people, remembrance of that date retains the power to tear away any veneer of every-day life and uncover an open wound. That day 30 years ago ago, a bomb ripped open Pan Am Flight 103 over Lockerbie Scotland, and took the lives of 270 innocent people: 259 on the plane and 11 on the ground. Few moments in modern history have had the power to wrench one back in time as the sight of that crushed white and blue fuselage. For Americans, it stands as powerfully distinct and terrible as those few frames from the Zapruder film from Dallas in 1963.

We don't forget. But despite that incomprehensible act of evil in what should have been a joyful holiday time, the strength of what's good in humanity continues to outweigh the legacy of terror that drove the perpetrators to do such a thing.

That strength is evident now, in places as disparate as Dumfries Scotland, Syracuse New York, and Arlington Virginia. It binds us through acts of remembrance, and creativity. The past can't be rewritten, but the future offers hope, and a way forward, perhaps towards a better world.

The Memorials at Lockerbie

The Memorial “Cycle to Syracuse”

This year has seen a very special event linking the Unites Sates, with the people of Lockerbie, Scotland. The project is called “Cycle to Syracuse.”  A group of Scottish first-responders, now retired, who were present and involved in those terrible days of 1988, decided to symbolically finish the journey home from Lockerbie on behalf of Syracuse University’s thirty-five students who were lost in the tragedy. They’ve completed the trip and their unusual spirit and dedication has been captured in this video, and on their Facebook page, https://www.facebook.com/CycletoSyracuse/ 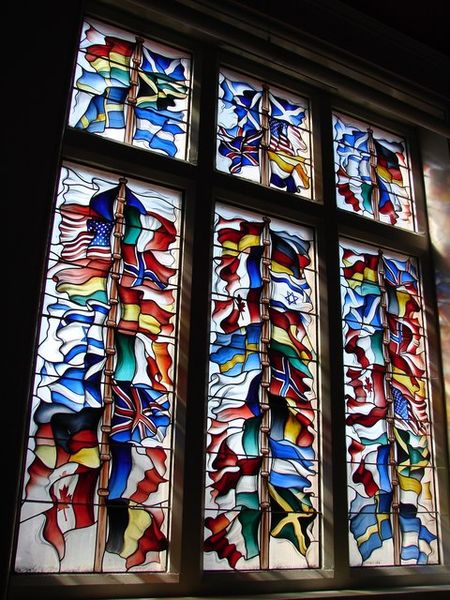 The Pan Am 1988 Memorial Window

This 1991 window in the Low Chamber of Lockerbie Town Hall commemorates Pan Am Flight 103 which blew up over Lockerbie on 21st December 1988, killing 259 passengers and crew and 11 people on the ground. The flags showing the nationality of the victims. 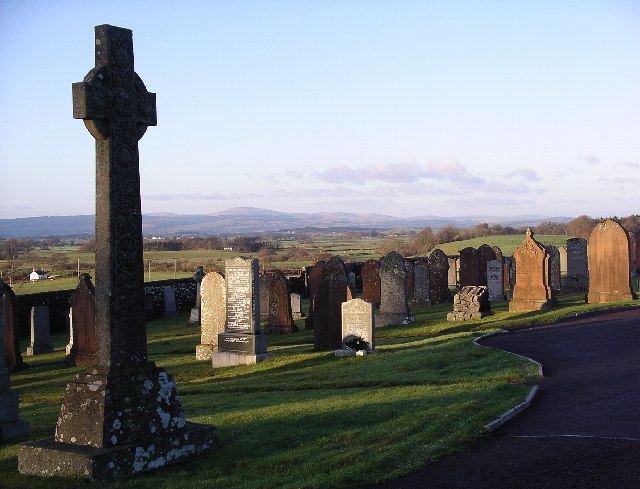 The garden of remembrance is dedicated to all those who lost their lives in the downing of Pan Am flight 103 which crashed on Lockerbie on December 21st 1988. A beautiful and peaceful place. 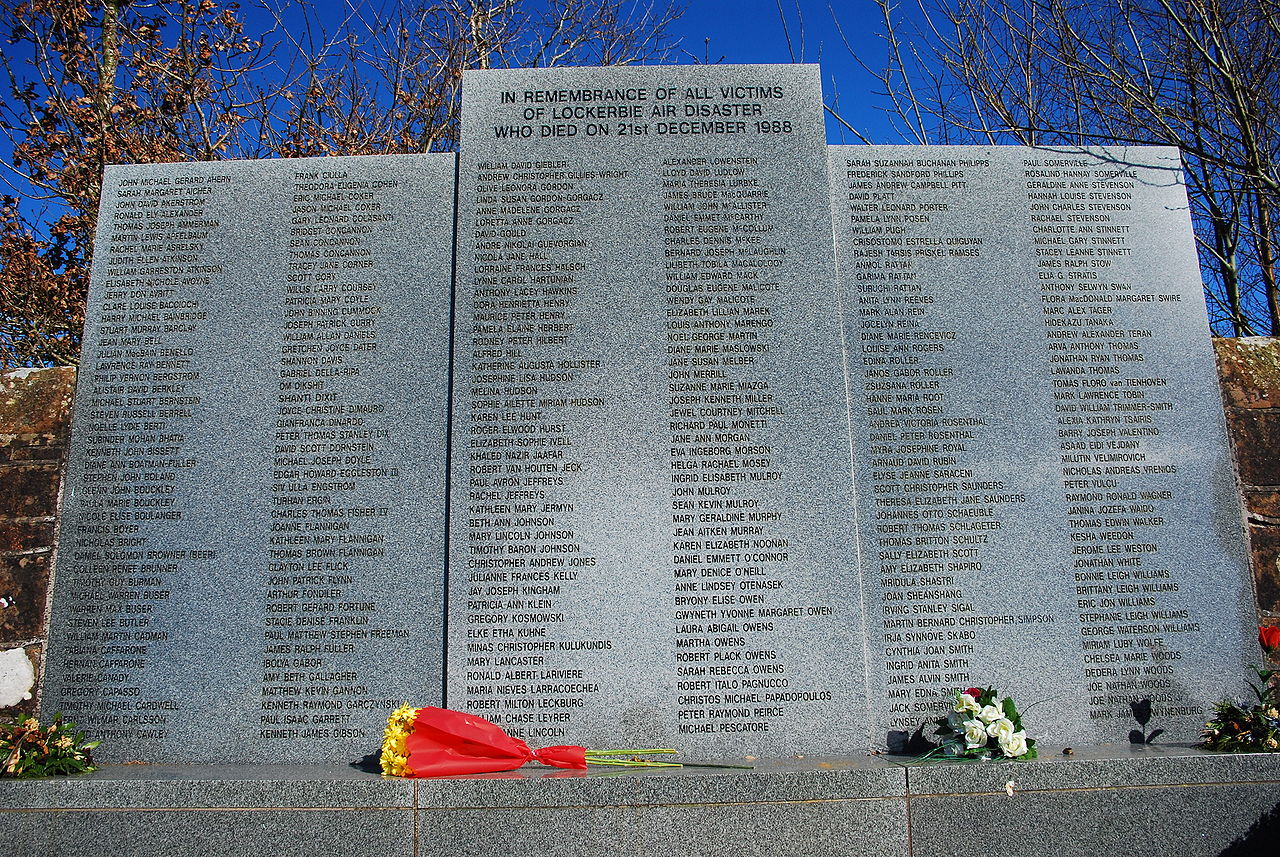 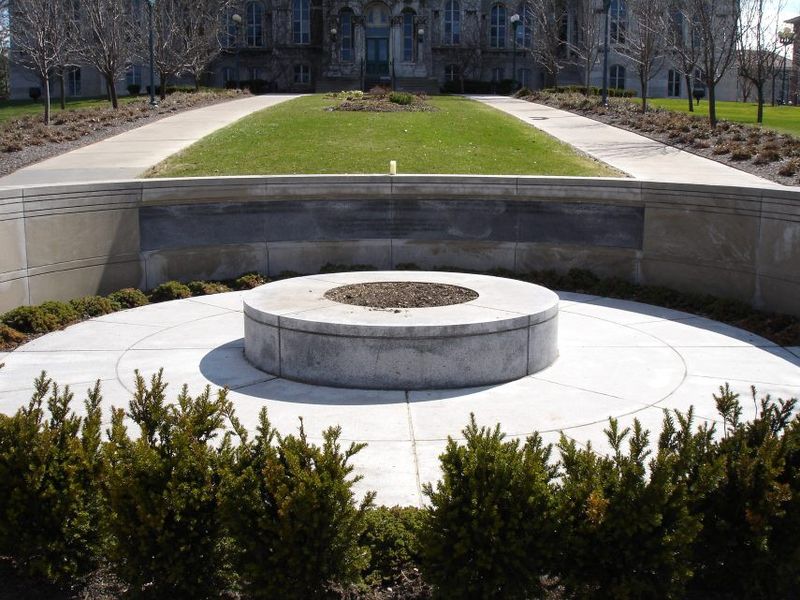 On that day in December 1988 thirty-five students from Syracuse University in New York were on Pan Am Flight 103. The entire university community was stunned and grief stricken by the loss of so many young people of course. But they were also motivated then, and have stayed motivated ever since, to frame the terrible history with meaning and hope along with the inevitable sadness.

Now, thirty years on, the Syracuse University community can look to a growing and tangible legacy that honors those lost and puts something back into the void left by their being taken. It’s a multi-faceted effort.

The Pan Am Flight 103 Archives

The Archives, housed at the University Library has been collecting information about the events and lives affected by the bombing of Flight 103. This online resource includes a compendium of stories and information about the terrorist bombing and later developments, including an interactive timeline and “On Eagles’ Wings,” a downloadable book with detailed biographies of those lost.

At Bird Library on the Syracuse University campus, this commemorative exhibit provides a contemporary context for the events of that day in 1988. This special exhibit, marking the thirty-year commemoration, will run until June 12th, 2019 and displays:

“…the history and gravity of the bombing of Pan Am Flight 103 over Lockerbie, Scotland, on Dec. 21, 1988. All 259 people on the plane, along with 11 residents on the ground, were killed. 35 Syracuse study-abroad students returning home from a semester in London and Florence were among the victims… The selections on display offer a reminder of the power authentic artifacts have that can help us understand, connect and move on.”

The Lockerbie Scholars program has now sent forth over one thousand individuals who have been selected to carry on the program’s motto: “Look Back, Act Forward.”  The program, started in 1990, is described on its website this way:

The Remembrance Scholars – 35 senior students at the University – and the Lockerbie Scholars – 2 students from Lockerbie, Scotland who study at Syracuse for one year – are one way that Syracuse University strives to fulfill our promise to remember all 270, especially the 35 students killed in the bombing of Pan Am Flight 103.

For 30th anniversary of the loss of Pan Am 103, Remembrance Week 2018 was held October 28-November 3. http://remembrance.syr.edu/remembrance-week-commemorative-activities-will-honor-the-victims-of-pan-am-flight-103/

“There is now a network of Lockerbie and Remembrance Scholars… They have gone on to become global advocates, educators, activists, government officials, scientists, entrepreneurs and entertainers all while embodying the spirit of those lost on Pan Am 103. It is clear that from disaster sprung a beautiful relationship that has shaped a number of Scholars’ lives in many ways.” 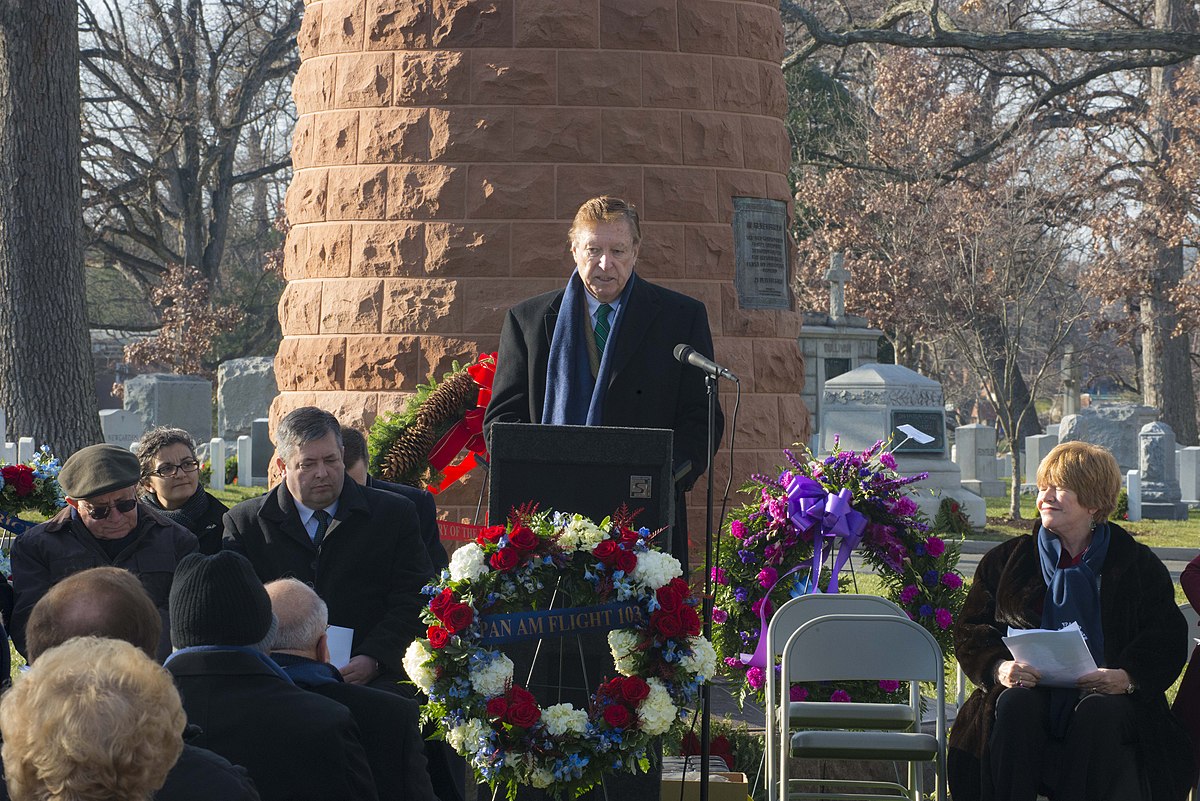 FBI Remembering Victims of Flight 103 from the FBI.gov video repository