A Look at the Pan Am Building, 2015: A Honolulu Landmark Many thanks to Photographer Robert Genna for these beautiful 2015 photos of the Pan Am Building in Honolulu.

Built in 1969, the Pan Am building housed the Honolulu offices of Pan American World Airways until Pan Am's closure in 1991. Created by architect George Hogan who designed many of the large buildings in Honolulu (and the Hamilton Library at University of Hawaii) this mid-century modern-style building is still a busy landmark today. 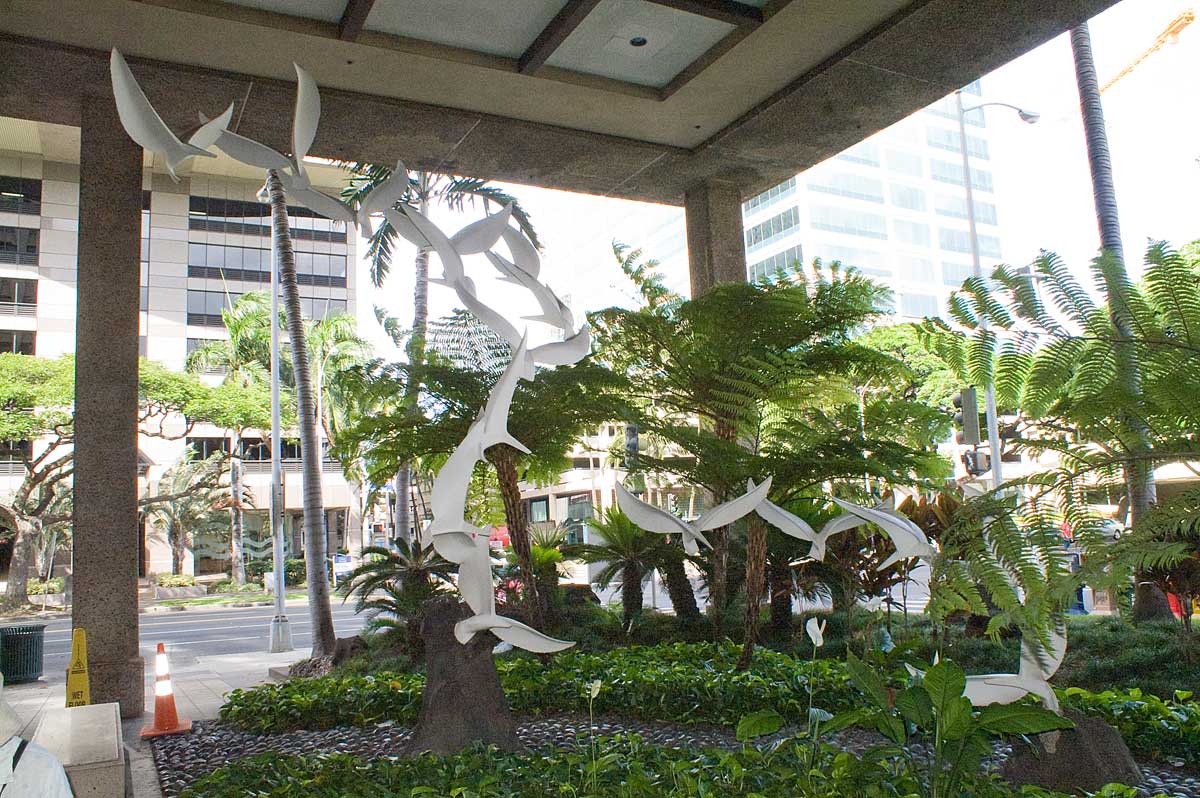 Stop by 1600 Kapiolani Boulevard where you can grab a cup of coffee at the "Clipper Cup" outside the main entrance. The backdrop for this little coffee stand is a small, but beautiful sculpture garden dedicated to Phyllis R. Tongg, landscape architect.

Pan Am and Hawaii go back a long way in the tourist industry... From 1935 and the landing of the first China Clipper to the era of inexpensive travel for millions, Honolulu was a major stop for travelers heading to and from the Pacific region.

To learn more about Pan Am in Hawaii, check out Pacific Aviation Museum's photo album of their exceptional Pan Am exhibit that opened in 2011, coinciding with the 75th anniversary of Pan American World Airways' first passenger flight. Also located in Honolulu, the museum's permanent installation traces the company's early years through the jet age and continues to develop and grow as more Pan Am'ers donate their memorabilia to the collection.

KITV coverage of the Pan Am Exhibit at Pacific Aviation Museum, 2011 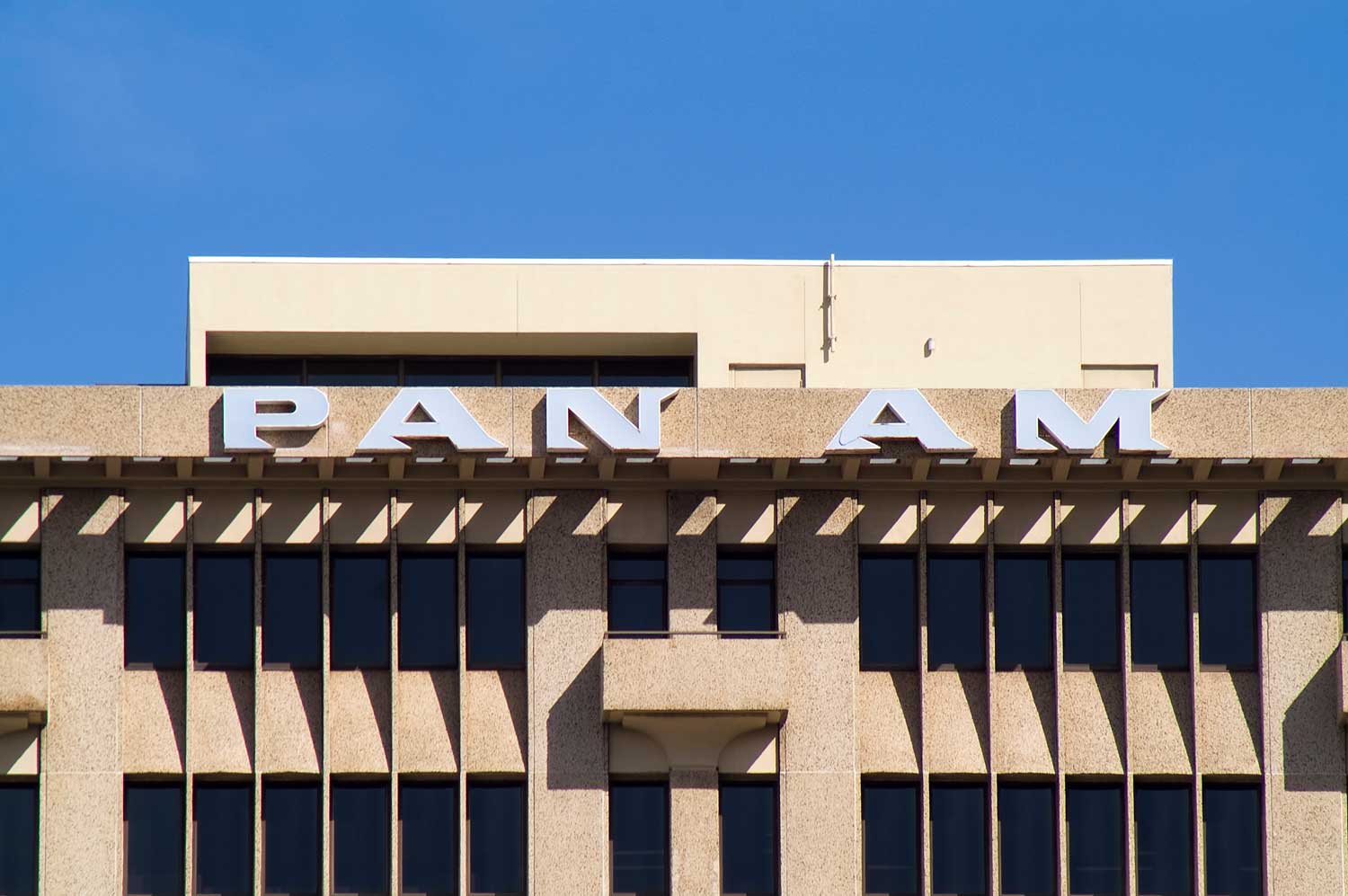