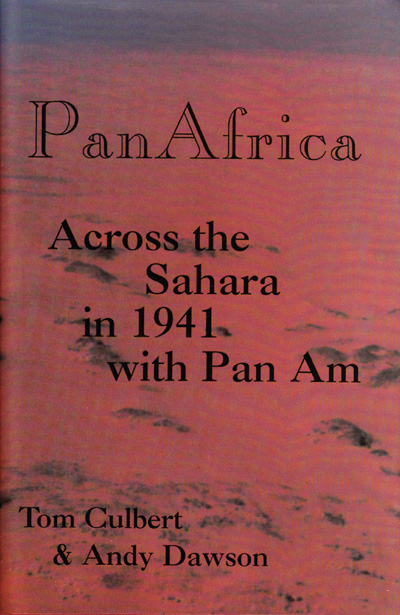 Now in its fourth printing, this excellent book tells a war story that few know about: At a time when the success of the Allied war effort hung by a thread, Pan Am built airfields and instituted a vital intercontinental airlift across some of the planet's most inhospitable and dangerous terrain, across routes stretching almost around the globe.

The story like the vital wartime link itself, stretches from the shores of the United States, down to South America, across the Atlantic, Africa, the Middle East, and on to India and finally across the forbidding, often deadly “roof of the world” – the Himalayas – to China. There was nothing commonplace about any of the adventures Culbert and Dawson so excellently document. There was certainly danger at times, but things to laugh at as well, as Pan American’s secret wartime operations sent Americans around the world. The book is excellently illustrated with both rare photographs and publisher Ron Davies’ superb maps.