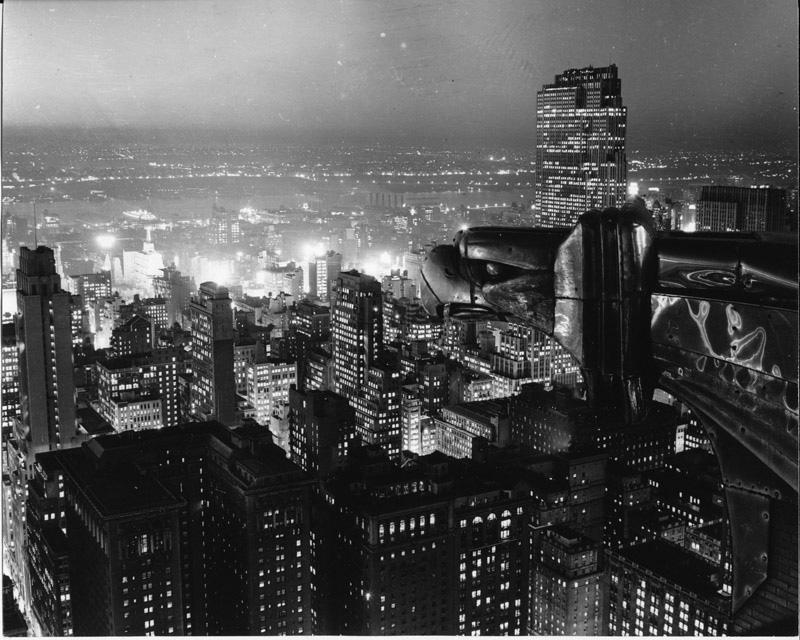 Trippe had called Bixby home and Harold used the six-month stateside visit to remedy his hired-and-sent-to-the-field PAA start. He met Trippe, toured PAA’s western hemisphere operations, briefed US government officials (1), advised PAA’s executive, legal, and planning teams, before focusing on the company’s scope of business, planning, and technical innovations. All the while, Bixby prepared for the family’s move to Shanghai.

Having six Bixbys (Harold, Debby and daughters -- Frances, 18, Elizabeth, 16, Catherine, 10, and Hebe, 7) in China was essential for PAA, because as grandson, Ben Barrett, explains in The Spirit Behind the Spirit of St. Louis Harold M. Bixby, “Up until this time, when his counterparts in China asked about his family, he would be obligated to respond that they were back in the USA. That raised their eyebrows as to his dedication to any negotiations or contracts. Because the Chinese were leery of most foreigners and their motives, Harold moved his wife and four daughters there in order to indicate his dedication to the job and to confirm his commitment to see the projects through.” 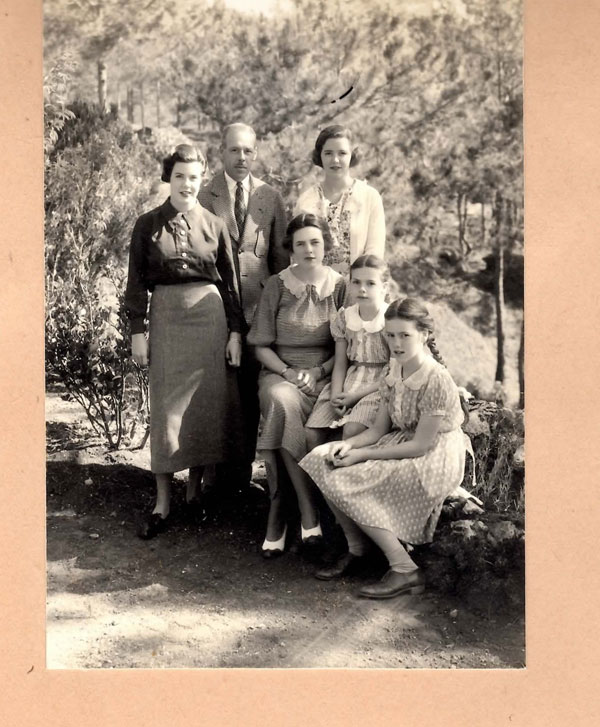 Debby and daughters sailed to China from San Francisco in July on the President Hoover and settled into a multi-year stay that featured cultural immersion, extensive travels/sightseeing, extended family visits, and a front-row seat as twentieth-century history unfolded. Harold, meanwhile, returned to China via Europe to discuss Macao and Hong Kong landing rights with British and Portuguese officials and inspect German airplanes before flying across the Middle East and Asia on European national airlines, all the while assessing PAA’s competition. China National Aviation Corporation (C.N.A.C.) colleagues welcomed the reunited Bixby family with a bash at Columbia Country Club, Shanghai’s American expatriate community hub. 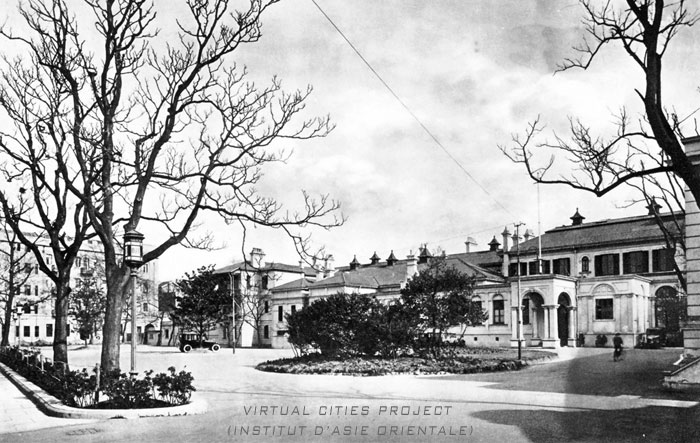 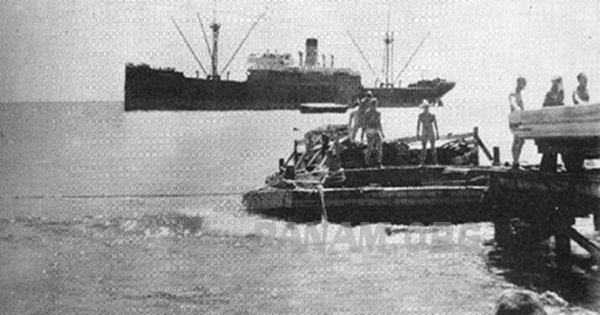 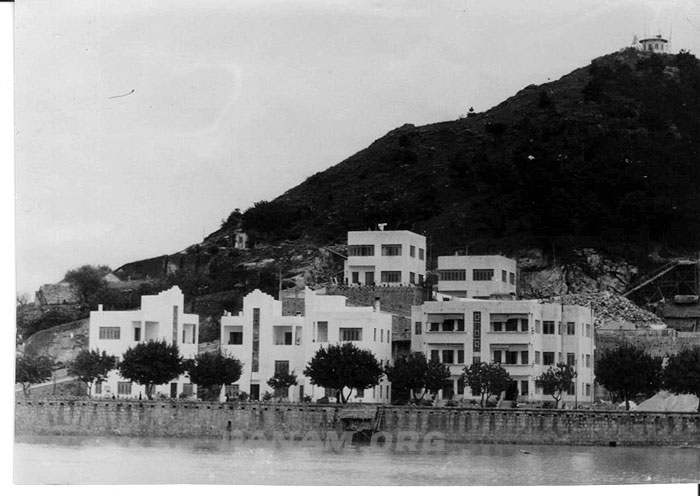 Harold’s August 1933 Shanghai-Manila flight and two years building PAA footholds began to pay off. Manuel Quezon was elected the Philippines’ first president on September 17, 1935 and Harold and Debby attended his swearing in and inauguration gala as the President and First Lady’s guests. Philippine legislators soon took up airspace legislation, and by mid-October, Harold forwarded a landing rights deal to Trippe which cleared transpacific survey flights through to Manila (penciled in on the corporate calendar for mid-November 1935). Access further west remained in limbo. The Bixbys welcomed the China Clipper and celebrated PAA’s transpacific achievement. Debby Bixby recalled the day’s significance: “We and hundreds of others went up to the roof of the [Manila] hotel to watch. Finally, across the tops of the distant mountains to the south and the east appeared a distant speck. A murmur arose. My heart (and I guess all the other hearts present) began to beat very fast. The speck soon turned into a glorious and beautiful sight – the flying Clipper circling Manila, then going out to sea and coming back into the bay to land. There was a great silence and eyes were filled with tears. Then each person hugged the one next to him and everybody jumped and shouted with joy.” 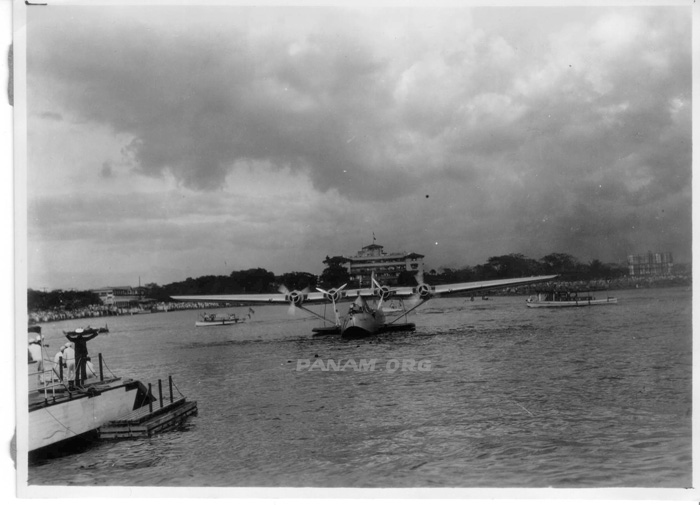 That landing represented PAA’s most audacious corporate feat to date (5), and Bixby, wearing a white linen suit and sporting a P.A.A. Staff event ribbon, stood on the PAA landing barge Bo (named after daughter, Elizabeth) amongst excited international dignitaries and locals to watch Captain Musick and crew disembark. Several months later Harold told his Amherst Class of 1913 classmates that, “During the past twelve months I have lived in a suitcase… my efforts … directed toward assisting to work out at this end some of the mechanical and political details in connection with the trans-Pacific service.” “I was in Manila when the China Clipper arrived,” he added, “and you can imagine that I got quite a kick out of seeing that ship land on the waters of Manila Bay.”

China Clipper arrival hoopla (interviews, speeches, parties, state meetings, autograph and flight-cover requests, etc.) paled to post-flight demands he managed eight years earlier for Charles Lindbergh, allowing Harold to cope while newspaper reporters and newsreel crews shared the landing and subsequent celebration with the world. The next evening, he and Debby were President Quezon’s head-table guests at a party with seating arranged in the shape of a Martin M-130. Regardless of languages spoken in the room that night, the words “Pan Am” were universal. 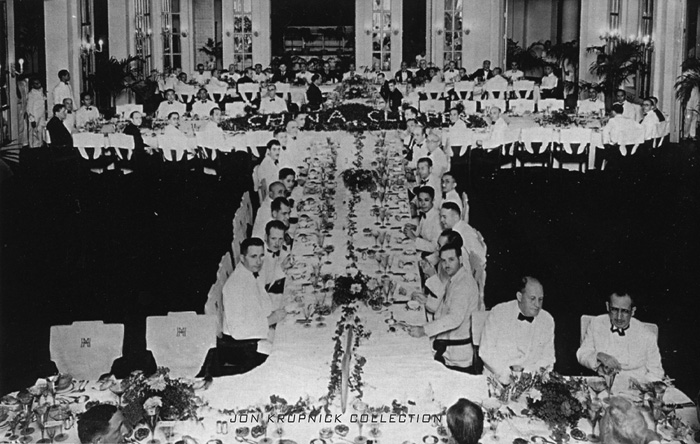 PAA had crossed the Pacific Ocean; still Harold worked without a break into 1936 because PAA routes did not reach China. PAA preferred to have its Asia transpacific-service terminus in Hong Kong; yet, the British demanded concessions PAA could not provide (Philippine landing rights was a sovereign issue). Harold returned to Macao after Christmas Day 1935 to restart negotiations, and soon presented New York a corporate New Years gift: Macao landing rights. Although Macao was backwater, PAA could move passengers to C.N.A.C. at Canton via a ferry and Harold sensed that Hong Kong’s elite would soon demand international airmail access and force their Governor to change course; until then, PAA would fly in and out of nearby Macao.

Writing to Charles and Anne Lindbergh in mid-January 1936, Bixby stated (with typical self-effacement): “My work in the Orient is nearing completion and while nothing has been accomplished of which I am very proud, nevertheless the job has been reasonably well done considering all the circumstances.” (6) Always a realist, however, Harold, knowing his transpacific project involvement was finite, also knew work remained.

He traveled constantly throughout 1936’s winter and spring while Debby and the girls mapped their own adventures. As the Alameda-Manila operation matured, and a third Martin M-130 (Hawaii Clipper, NC-14714) joined the fleet in March, airmail flowed between the two continents every ten days and, in doing so, upended long-standing communication expectations. PAA aimed to add passengers the moment Midway, Wake Island, and Guam hotels were ready: Mr. R.F. Bradley of San Francisco, holding the first passenger ticket, was ready to leave immediately. 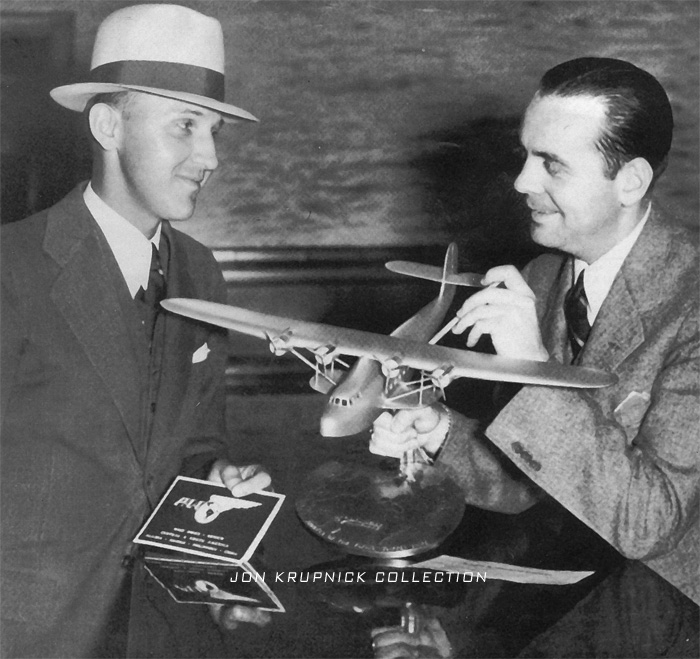 After disembarking Harold faced a phalanx of reporters who pressed for trip details and PAA plans but got no scoops, just Bixby’s usual, measured statements. One writer passed on that, “hotel installations at Guam, Wake, and Midway are about finished,” then added, “but he (Bixby) declined to comment as to when the company would be ready to carry passengers.” Harold Bixby knew much more than he chose to disclose that day: the inaugural transpacific passenger flight would land in Manila in about 10 weeks, and two high-profile Clipper flights would proceed it. His to-do list was still long.

(1) The US State Department needed news about Japan’s colonial/military aspirations.
(2) William S. Grooch, Skyway to Asia (Longmans, Green & Co., 1936) is the project’s authoritative first-person project account.
(3) Test Flight #1: Apr 16 – 17, 1935: S.F. to Honolulu; Test Flight #2: June 12, 1935: S.F. to Hawaii to Midway; Test Flight #3: Aug 9, 1935: S.F. to Hawaii to Midway to Wake; Test Flight #4: October 5, 1935: S.F. to Hawaii to Midway to Wake to Guam.
(4) The inaugural mail load featured a letter from US President Roosevelt to Philippine President Queson that Captain Ed Musick hand-delivered.
(5) Regular transpacific mail service began at a pace of two flights per month and increased to three transits per month starting May, 1936, following PAA’s receipt of its third M-130 in March. Passenger service would not start for nearly a year.
(6) That projection was too optimistic. Harold would not leave China for another 20 months before Bixby leaves China, and not return to the US permanently for another 2½ years.
(7) Later that month he noted in his flight logbook that he had flown more than 25,000 air miles in the past two months.

Thanks to Ben Barrett for publishing The Spirit Behind the Spirit of Saint Louis Harold M. Bixby which compiles materials from his grandfather’s life, for answering a host of my questions, and for providing photos to enliven this article.