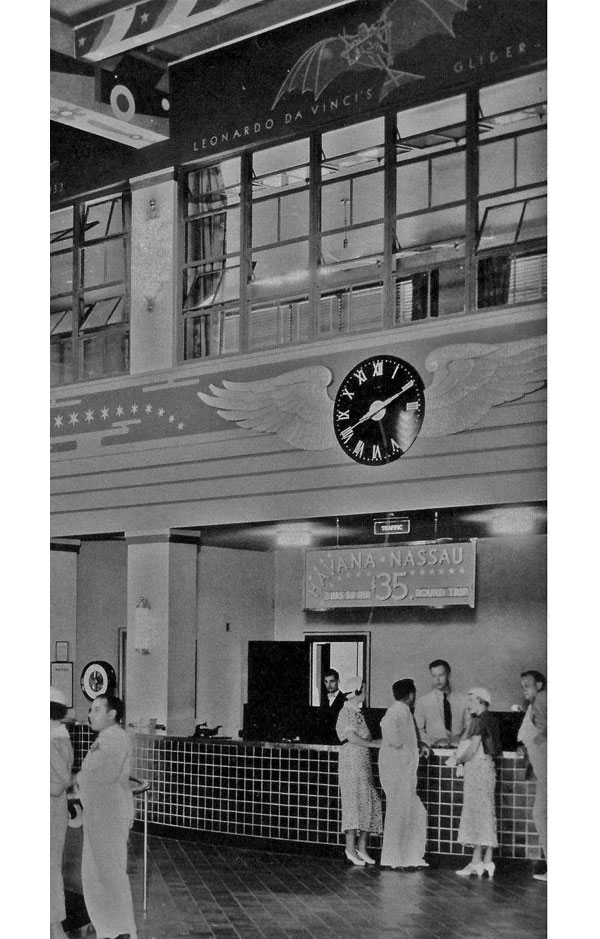 Although the underlying vision of Pan American Airways' Dinner Key air terminal was very much governed by the practical needs of Pan Am's flying boat operations, the care taken with the design was the result of the project's architects, the firm of Delano and Aldrich.

They were chosen by Pan Am to work with the airline's airport engineer Fred Gelhaus to design the airline's first airport - Miami's 36th Street Airport, which opened in January 1929. They came with a stellar reputation among an influential set of customers in the New York City area. They were sought after to design club houses and mansions for wealthy clients such as John D. Rockefeller - just the sort of people who would likely become passengers on the evolving generation of luxurious flying boats that Pan Am was putting into service in the 1930's.

William Adams Delano and Chester Holmes Aldrich had met while apprentices in the late 1890's at a prominent architectural firm, while still students at the Ecole des Beaux-Arts in Paris, and were tasked with drafting the plans for the winning bid for the soon to be constructed New York Public Library. After they both graduated, they formed their own firm in 1903, and were soon winning bids for some very important jobs. One of these was the design of the new home for Gertrude Vanderbilt Whitney, sculptor and great grand-daughter of "Commodore" Cornelius Vanderbilt. She was also the mother of Cornelius Vanderbilt "Sonny" Whitney, who as a confidant to Juan Trippe during their school days would become intimately involved with Pan Am's early development. Perhaps it's this connection that led to Pan Am's choice of Messrs. Delano and Aldrich for their new terminal in Miami.

When the airline began to need more facilities to handle the growing expanse of routes and terminals, Delano and Aldrich were a natural choice. Their first seaplane base for Pan Am was Dinner Key, designed in what was termed the Streamline Moderne style.

In keeping with their approach in designing so many other buildings, Delano and Aldrich thought that the interior design should reflect the motif employed in every other aspect of the design, and so the building was graced with a myriad of design embellishments which has earned the Dinner Key Terminal an enduring place in architectural design history.

The terminal was dedicated in 1934. In 1974 the Dinner Key Terminal was named to the National Register of Historic Places. 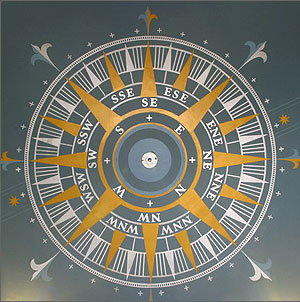 The terminal building now houses Miami's City hall and the interior paintings and architectural details have been restored and maintained to reflect the design from the time of Pan Am's flying boats. Heisenbottle Architects and EverGreen Painting Studios undertook the work, which was completed in 2002, just in time for the 75th anniversary of the founding of Pan Am. The archives at PaintPRO provide a colorful account of the entire process and some wonderful photos in their Nov/Dec 2007 issue.

The City of Miami celebrated the restoration:
"Today the decorative elements of the original terminal once again have their original appearance including the ceiling, wall murals and beams. The ceiling consists of panels depicting the signs of the Zodiac, and the beams supporting the ceiling are decorated with stylized wings and bands in the Pan American colors. The murals near the ceiling that depict the history of flight all have been restored to their original state. Designs depict a range from Leonardo Da Vinci’s aeronautical designs to the modern Clipper planes used by Pan American World Airways. This was an intricate part of the restoration process as all acoustical tiles from within the ceiling coffers were removed (they had been glued on in various layers throughout the years) which in turn exposed the original design for the painted zodiac symbols. " 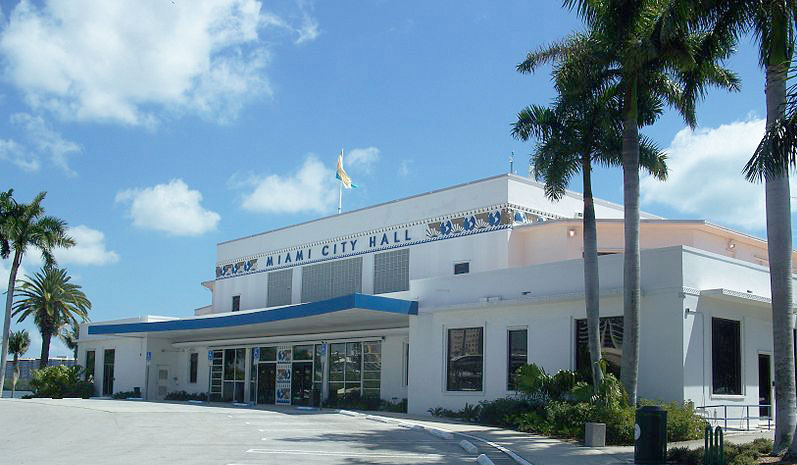