“The Most Daring Flight of the Whole War”

Soon after the attack on Pearl Harbor in December 1941, Winston Churchill sailed across the Atlantic on the brand new "Duke of York" to meet with FDR in Washington, DC to discuss  war plans. On his return trip to the UK in January 1942 however, Churchill made a bold decision to fly back to Britain rather than return by ship due to safety concerns:

"On the 14th I took leave of Mr. Roosevelt. He seemed concerned about the dangers of the voyage. Our presence in Washington had been for many days public to the world, and the charts showed more than twenty U-boats on our homeward courses..." 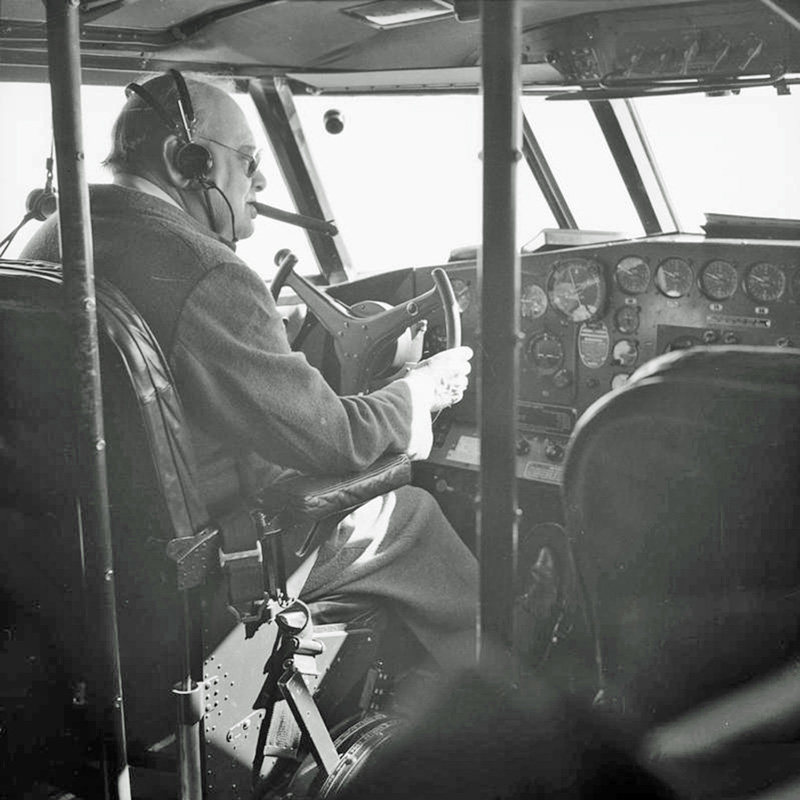 Churchill flew back to England aboard the Boeing-314 “Clipper Berwick,” a flying boat that Pan Am had originally purchased but immediately sold to BOAC to help the UK in their war effort. The flight over 3500 miles of ocean succeeded despite some dangerous moments.

Churchill reflected back on this daring flight:

“As I left the aircraft the captain [Kelly Rogers] remarked, ‘I never felt so much relieved in my life as when I landed you safely in the harbour.’ I did not appreciate the significance of his remark at the moment. Later on I learnt that if we had held on our course for another five or six minutes before turning northwards we should have been over the German batteries in Brest. We had slanted too much to the southward during the night. Moreover, the decisive correction which had been made brought us in, not from the south-west, but from just east of south — that is to say, from the enemy’s direction rather than from that from which we were expected. This had the result, as I was told some weeks later, that we were reported as a hostile bomber coming in from Brest, and six Hurricanes from [German] Fighter Command were ordered out to shoot us down. However, they failed in their mission."

In an understated message to FDR, Churchill cabled:

‘We got here with a good hop from Bermuda and a thirty-mile wind.’”  (From his book, “The Second World War” by Sir Winston S. Churchill) 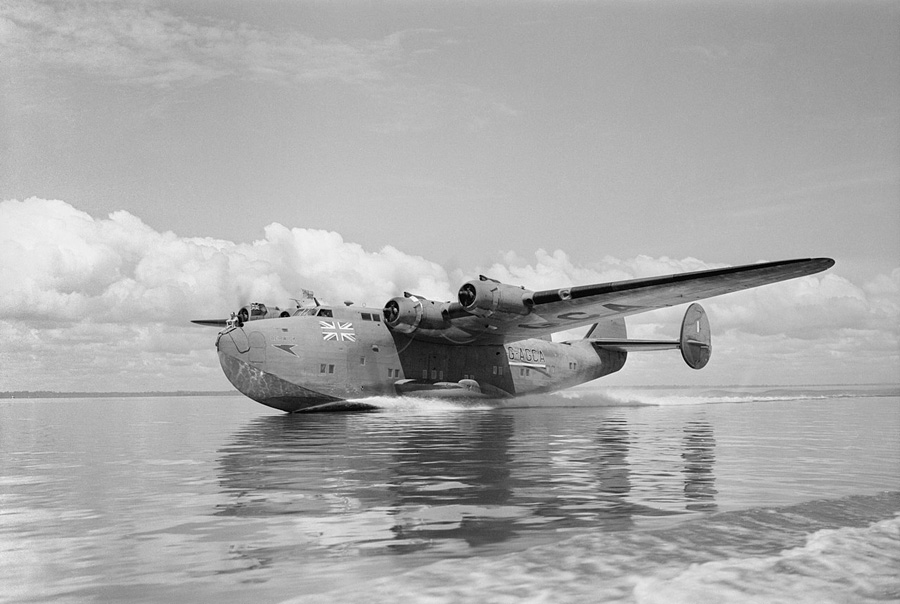 This story brought to our attention thanks to Jim Trautman, author of “Pan American Clippers: The Golden Age of Flying Boats”