Fifty years old in March 2013, the Pan Am Building begins its second half-century... over the years the structure has gained fans who appreciate its conveniences... and a remarkable sculpture by Richard Lippold, dedicated to Pan Am and Juan Trippe, can be seen there today.

Slideshow: Views of the Pan Am Building in the 1960s and early 1970s atop Grand Central Station.

Air Rights: A look at the planning & development of the Pan Am building at 200 Park Avenue, New York City in photos 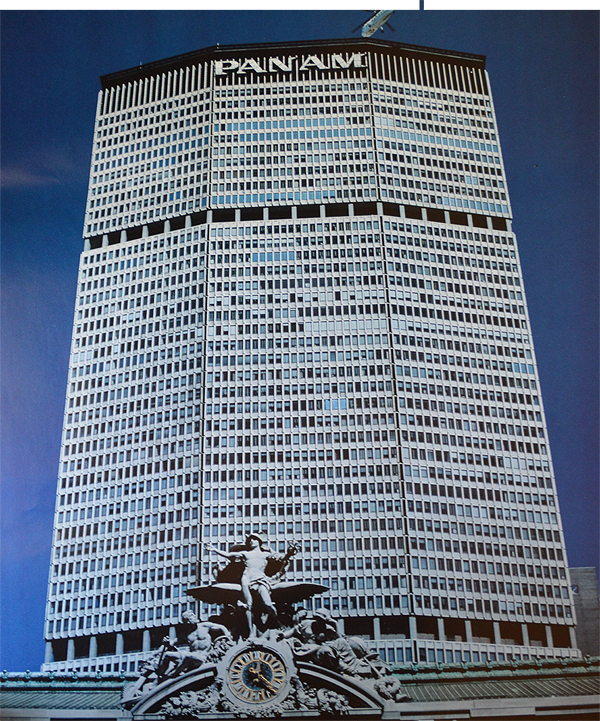 Back in the early days of the 20th Century, the New York Central Railroad decided to take advantage of a new legal concept in urban real estate development: air rights. They leased the "air", or space, above the tracks that led to their new terminal in Manhattan for the building of new structures.  Fifty years later, the same approach once again proved a useful source of revenue, this time to sell the rights to build over Grand Central Terminal itself.

In a symbolic way, the development was a fitting historic counterpoint, in that the new structure was to be the world headquarters for Pan American World Airways - the most widely-recognized international air carrier on the planet. A preeminent  symbol of America's fading railroad age was to be surmounted by a massive representation of a newer transportation icon. At the time of its completion in 1963, the building represented the apogee of Pan American World Airways' arc. The Jet Age was taking hold, and Pan Am was undeniably at the leading edge. Their new building was the largest private office structure in the world (although they were only fractional owners at that time).

The design by Emery Roth & Sons was substantially influenced by the involvement of  modernist architect Walter Gropius of Bauhaus fame as well as Pietro Belluschi in the design team. The building was to be the 75 year-old Gropius' last project. "Brutal"  and "behemoth" were words used to describe the 808 ft. tall mass which would soon be walling off the north-south view along scenic Park Avenue, which was already the locale for some other modernist structures which had  garnered more favorable responses, such as the Seagram's Building just up the street, designed by Ludwig Mies van der Rohe. That building was completed in 1958, the same year that planning started in earnest for the Pan Am Building. 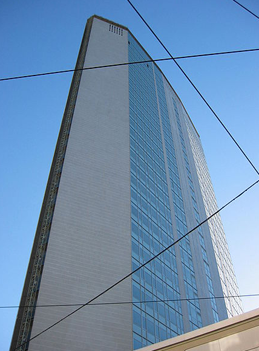 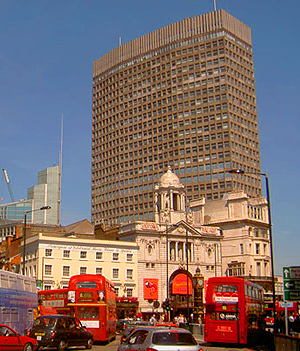 Two other very reminiscent structures went up in Europe around the same time. The Pirelli Tower in Milan Italy, completed in 1956, was the tallest skyscraper in Europe when built, and the strikingly similar Portland House in London was completed the same year as the Pan Am Building. However, neither of those structures had the massive size, or anything like the impact on their neighboring surroundings.

The Pan Am Building would be the last one built in New York City before building codes were changed prohibiting large corporate logos and names to be placed on them. "Pan Am" stood out on the north and south faces of the building in letters fifteen feet high, and 25 ft. tall Pan Am globes graced its flanks. The building was sold to the Metropolitan Life Insurance Company for $400 million in 1981, at the start of the last decade of Pan Am's existence as an airline. By the end of those ten years, Pan Am's occupancy of their eponymous building had dwindled to four floors from an original fifteen. 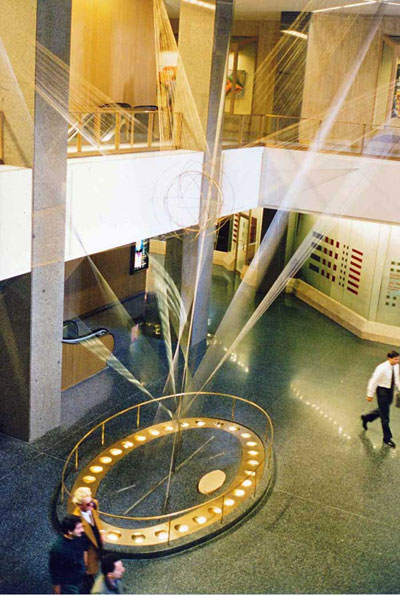 Nine months after the airline ceased operations in December 1991, the head of MetLife decided it was time to remove the big "Pan Am" letters from the building. Since then the words MET LIFE hang on the facades, but even so, many New Yorkers still call it the Pan Am Building. In 2005, MetLife sold the massive structure to a consortium of new owners for what was a record $1.72 billion.

After 50 years astride one of New York's most elegant thoroughfares, the city has come to terms - for the most part - with the building.  There may be perennial talk of razing the structure but no plans to do so. Tenants find it extremely convenient, and there are fewer and fewer New Yorkers who can remember what the view was like before. Rising up from the floor of Grand Central Terminal on one of the escalators that carry riders into the building is still a great way to experience one of New York's most impressive interior spaces. And for all the complaints, New York is not a place where the diminutive garners esteem: the Pan Am Building at 200 Park Avenue, with its 2.4 million square feet of office space, is still the second largest office building in the city. Looking south down the wide expanse of Park Avenue, it provides a visual exclamation point to one of New York's most ordered and open urban vistas. After half a century, it's found its place.

Never meant to provide a lavish environment, the Pan Am Building's public spaces are utilitarian for the most part, but there is a remarkable piece of public art to be seen in the Vanderbilt lobby on the west side of the building: A sculpture entitled "Flight" by artist Richard Lippold (see color photos at Enlightenment Magazine), constructed of wire and symbolizing a Pan Am globe with seven extensions of wire representing the seven continents.

At the base of the sculpture is a plaque dedicated in 1994 to Pan Am and its employees, and also its legendary founder Juan Trippe who kept an office in the building even after he retired from the company in 1968.