Pan Am Tile Billboards in Portugal

Portugal is famous for tiles (azulejos) that lavishly decorate churches, palaces, railroad stations and private homes. This art work has been produced for centuries and had its origins in Portugal when Muslims brought their artistic tradition from North Africa.

One of the most unusual of these tiles is a Pan Am billboard of recent date, circa 1960. It is located on a hillside between the towns of Batalha and Fátima. Batalha (battle) is where a crucial battle took place in 1375 that secured Portugal from Spanish domination. It is famous for its monastery constructed around that time. Fátima is the site of Portugal’s most important religious site where about 100 years ago the Virgin Mary appeared to three children. Hence the tile billboard is seen by many tourists and pilgrims traveling between these historic sites.

Preserving the Pan Am Billboards

Batalha: The Pan Am tiles are in need of repair and the town of Batalha has already secured funding of about one half of what is needed. The text says, “Make your trip marvelous.” It was made by the historic Fábrica Aleluia tile company, which still exists and will help in the preservation of this landmark.

Peter Leslie recently made a trip to Portugal in May 2018, where he visited the city. In his words:

“In my meeting with city officials I described the various activities of the Pan Am Historical Foundation. They were particularly interested in hearing about our reunions and trips. They affirmed that Batalha and surroundings would be an excellent location and I can attest to that: The city is well located for those who would like to hike in gentle hills, enjoy the nearby beaches and visit some of Portugal’s most historic sites. And, of course, hiking in those gentle hills to see the Pan Am tile billboard. Actually, there is an off road parking area just below it so it is only a five minute walk to see the billboard and its marvelous view.” 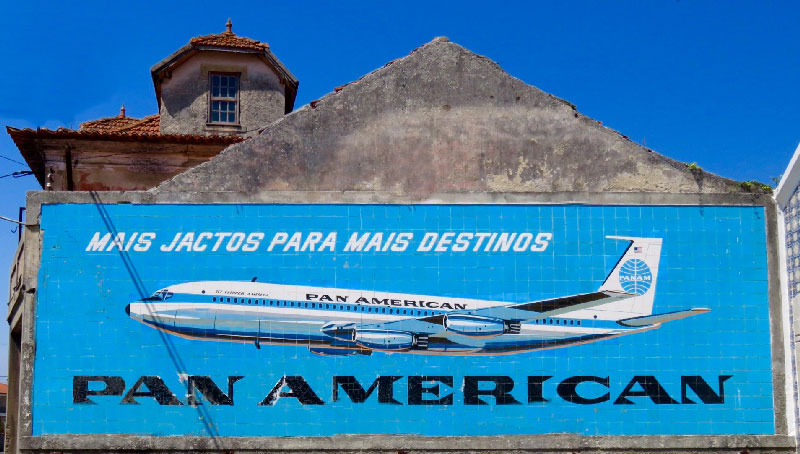 Aveiro: A second billboard is located nearby in the town of Aveiro and its preservation is also an objective of local officials. 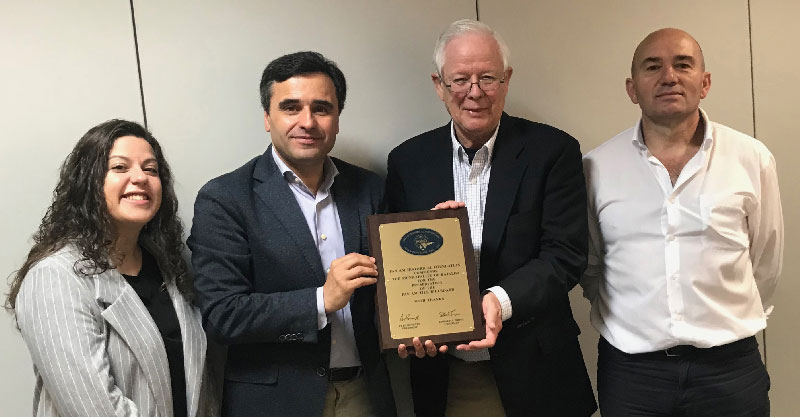 Interested in this ongoing preservation effort? For more information please contact Peter Leslie at This email address is being protected from spambots. You need JavaScript enabled to view it. 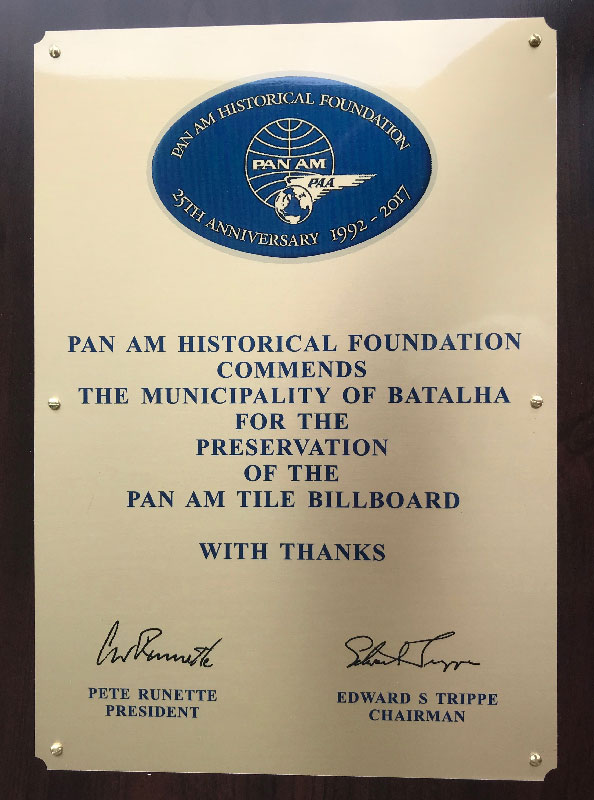 Pan Am Historical Foundation plaque presented to the Municipality of Batalha, May 2018