As far back as 1921, airline operators were interested in doing something special in the air. Pioneer international air carrier Aeromarine Airways, which ran summer operations to Great Lakes destinations (and flew to Havana from Key West during colder months) made another sort of history by showing a film during a sightseeing flight around Chicago that year. In 1925 Britain's Imperial Airways presented the science-fiction film "The Lost World" on a flight from London to Paris. In truth, in those early days, airlines were always on the lookout for ways to grab public attention, and showing a movie aloft did the trick.

Perhaps in those early years it was also good business to distract passengers from the reality of being transported by air, as the experience could well present a challenge to their sense of security. But by the advent of modern pressurized multi-engine transport in the 1940's (like Boeing's B-307 Stratoliner and Lockheed's Constellation), the experience was a great deal more comfortable, and a lot less challenging to the nervous flier.

But it was still advantageous to airline operators to have something more on tap as a competitive edge to capture air travel dollars. Until the advent of modern electronics however, the technology to provide a satisfactory viewing (and hearing) experience aloft was restricted to projecting motion picture film on a screen, and using speakers for the sound. That was a tough job to do well in any aircraft. The post-war British Bristol Brabazon airliner might have succeeded with the 23-seat theater proposed for the design but the aircraft was never put into production.

Pan Am tried experiments, as in 1948 when a showing of John Ford's film "Stagecoach" was presented to the passengers for the Boeing Stratocruiser Flying Cloud on a flight to London. Like earlier such events, it was a publicity stunt, in this case to highlight the inauguration of service at New York's brand new Idlewild Airport. 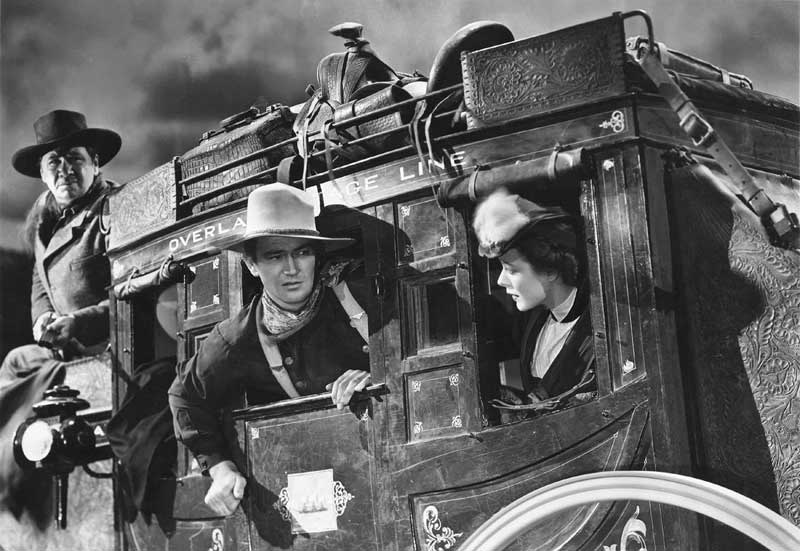 It wasn't until the 1960's that inflight entertainment (IFE) really became a viable option. Cost constraints from weight and safety considerations had moderated due to advances in aeronautic development and electronics, while ease of use by crew and satisfactory passenger experiences began to rise to the point of acceptability. Jets were rapidly displacing piston aircraft too, and the flying public had some rising expectations to match.

This modern era of IFE started when TWA introduced what were the first regular showings of films in flight in 1961, (although still using projected motion picture film, albeit in a new more compact unit). The premiere offering: "By Love Possessed," starring Lana Turner.

The new passenger perk did not sweep the industry by storm. Airlines were loath to jump in to costly new systems that required extra maintenance and labor. Pan Am, as other international carriers, operated under rules set by IATA, the International Air Transport Association. When Willis Lipscomb, Pan Am's V.P. of Traffic and Sales announced in February of 1965 that the company would begin showing movies on their transatlantic flights, it was after a lengthy debate within the IATA community, members of whom resisted the development. IATA had at first ruled that no movies could be shown on international routes, but after the U.S. Justice Department ruled that such an arbitrary rule would constitute illegal "restraint of trade," the ban was tossed out. A compromise was reached called for fees to be levied from each passenger that chose to watch a movie, rather than have the cost included in the base ticket price.

Pan Am opted to show movies on small TV sets around the cabin, and used pneumatic "stethoscope" style headsets for the audio, which included a variety of channels to choose from. The sets were black-and-white - color monitors were something for the future. Interesting to note that in 1967 Pan Am's concept for future aircraft (i.e. the still un-built B-747) shows a wide-screen color display on cabin bulkheads.

The first non-U.S. international carrier to adopt the practice of showing films was Pakistan International Airlines (PIA), which had been one of the airlines assisted by Pan Am's Technical Assistance Program starting in 1955. Their first jet was leased from Pan Am, and many airline personnel had benefitted from Pan Am training.

No doubt the cost of keeping up with competitors alarmed airline decision-makers. Rex Brack, a senior Vice-president of Braniff urged the Civil Aeronautics Board to examine the trend. He wrote in a letter to the CAB: "The enormous expense involved (of installing inflight entertainment systems) will surely have a significant impact upon the cost of providing air transportation which must inevitably be reflected in air fares." Reports suggested that Pan Am's IFE system, (which incidentally started with black and white television sets distributed throughout the cabin) were going to cost something more than $4.5 million in 1965 at their inception. And there was the obvious question of how would you choose the right films to show to a diverse group of passengers, with a variety of potential moral and other sensitivities to respect? American Airlines' President Marion Sadler supposedly said, after viewing "Son of Flipper" in flight: "I wouldn't take $50 to watch that!" (The same news report also mentioned that an "insurance magnate" returning from a White House function watched the dolphin flick with "rapt attention.")

Airlines flying shorter routes were resistant to making investments in inflight entertainment technology, but at least considered their options. Eastern Airlines - perhaps inspired by thoughts of vaudeville days - opted to try live entertainment, and experimented with "showflights" with actual magicians and comedians.

The genie was definitely out of the bottle. A cascade of technological evolution drove IFE technology (and passenger expectations) and by the early 1970's air travelers could expect multiplexed audio channels, armrest "passenger control units," better and more reliable film projection systems, which were soon followed by video playback and color video projection.

A Half-Century of Entertainment

It's now a half-century since the industry acceptance of IFE as a staple, at least for long distance flights. The technology has moved from the take-it-or-leave-it single choice on a cabin bulkhead, heard over pneumatic stethoscope-like headsets to the almost infinite variety offered by inflight internet connectivity, which you might be listening to on state-of-the-art phase-cancelling headphones.

The average airline passenger experience may have suffered in other ways, but inflight entertainment technology has definitely improved, and unlike many other passenger amenities, is not going away.