Warming Up the Cold War On that day, Pan American World Airways and Aeroflot Soviet Airlines inaugurated passenger service between New York and Moscow. A Pan American Boeing 707 departed Kennedy that evening with a stop in Denmark, arriving in Moscow the next day.

Below: At the center of attention when Pan Am Flight 44 reached Moscow, was Miss Elsie Hill, age 85. She made the inaugural trip because of her father’s interest in Russia. A Connecticut Congressman, he had taken one of the earliest trips on the Trans-Siberian Railway in 1901. 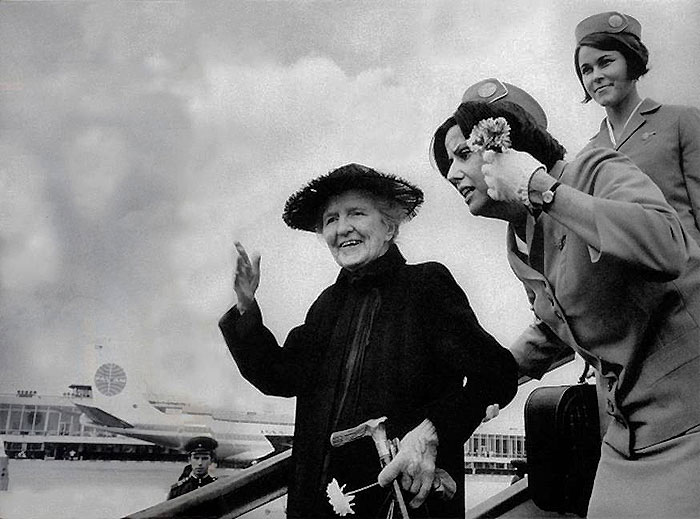