An otherwise ordinary building in Costa do Valado, Portugal, on national road N335, near the city of Aveiro, was transformed half a century ago in the grand Portuguese tradition of azulejos - the art of using hand painted, glazed ceramic tiles to depict scenes. 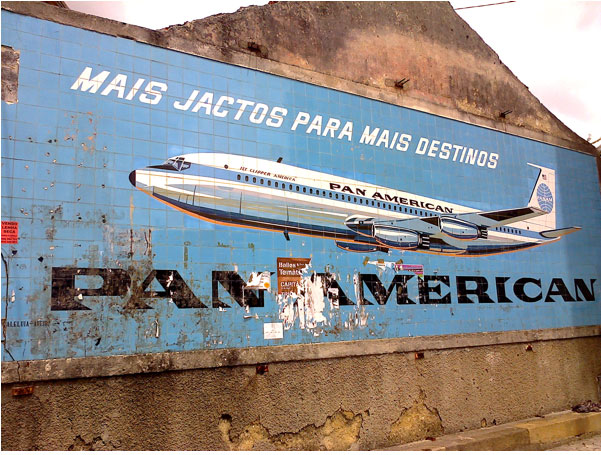 In this case the tiles - made by the Aleluia ceramic company in Aveiro (still in operation) - show a pristine image of Pan Am's Jet Clipper America, along with a bit of advertising: "More jets to more places" in Portuguese. The billboard, for lack of a more appropriate term, must date from the days when Pan Am's Boeing 707's represented the epitome of air travel, before the advent of the jumbo jets which came to dominate international air routes at the beginning of the 1970's. The beautiful colors still stand out with vibrancy and impact, and the careful depiction of Pan American's Clipper has lost nothing of its visual attraction despite the loss of some of the tiles at the bottom of the work.

This azulejo stands as a proud Portuguese example of how Pan Am's cachet influenced superlative commercial art throughout its decades of operation. It's nice to think that people who pass through Costa do Valado are still being inspired by Pan Am's legacy by this unique visual attraction. Photos and information courtesy of Rui Vaz. 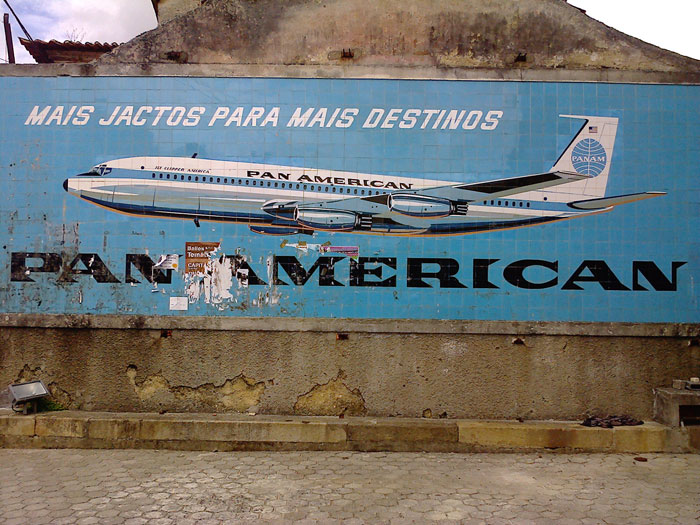 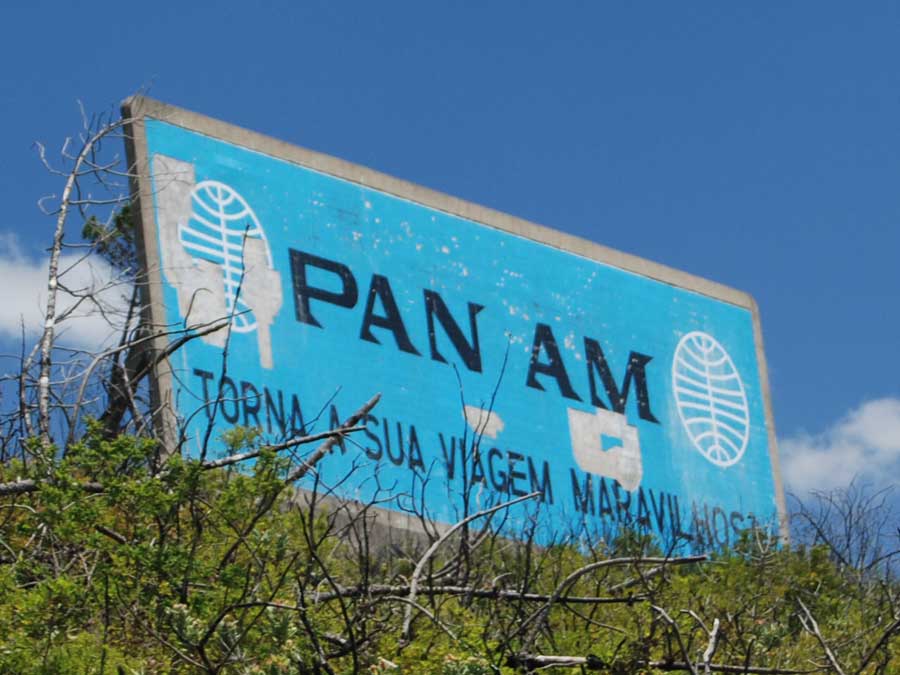