Premiere of the "Clipper"

Pan Am’s Sikorsky S-40 “American Clipper”, the very first to be called a Clipper, was delivered to Pan Am in October 1931. On one of the plane’s first flights to South America piloted by Basil Rowe and Charles Lindbergh, the “American Clipper” left Miami November 19, 1931, stopping in Kingston, Jamaica overnight on the way to its final destination, Barranquilla, Colombia. Onboard was Igor Sikorsky, and thanks to Captain Rowe, we have a humorous anecdote from that trip :

(in “Under My Wings: The Adventurous Autobiography of a Great Airline Pilot from Crates to Clippers”, The Bobbs-Merrill Company, 1956, pp. 134-135.) “It was while I was flying one of the first of this series on a trip from Miami to Colombia that I had on board the designer himself, Igor Sikorsky, a precise, courtly mannered Russian with a shiny bald head and a little, black, pencil mustache. He had been a flier himself who had begun building his ships by hand with a staff of fine woodworkers and seamstresses. He was one of the great aircraft designers of all time, and he fussed over his ships like a mother over her children. He was making this trip with me to see how his planes were doing.

We were cutting across Cuba when I went back into the cabin to see how everything was coming along and to talk to Mr. Sikorsky. I found him down on his knees in the aisle, feeling around the floor and the sides of the ship, with the passengers looking on in alarm. I asked him what he was looking for.

He said, “I keep hearing a peep, peep, squeak, squeak.”

I realized what it was right away, but I thought I’d find out if the great designer could discover it for himself. I told him not to be too concerned about it, that I’d see that the mechanic checked it at Kingston.

He got down on his knees again, and I left him feeling around the seats and floor. When we had landed and taken off again from Kingston, I went back into the cabin and said, “Well, Mr. Sikorsky, do you still hear that peep, peep, squeak, squeak?”

I told him. “It was a thousand baby chickens in the cargo department. We unloaded them at Kingston.”

Sikorsky proved himself to be not only a man who could design fine aircraft but one who could enjoy a joke on himself. He was still looking out the window laughing to himself when I went back to the cockpit.” – Basil L. Rowe* 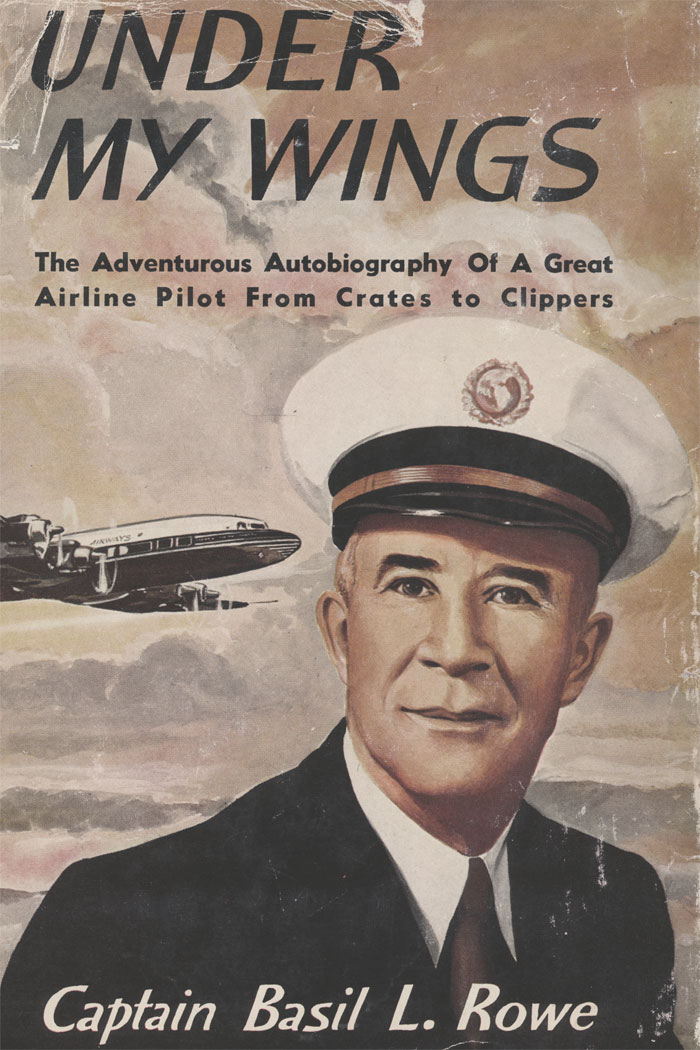 “Under My Wings: The Adventurous Autobiography of a Great Airline Pilot from Crates to Clippers”, by Basil Rowe, The Bobbs-Merrill Company, 1956