The Pan Am Ball Gets Rolling 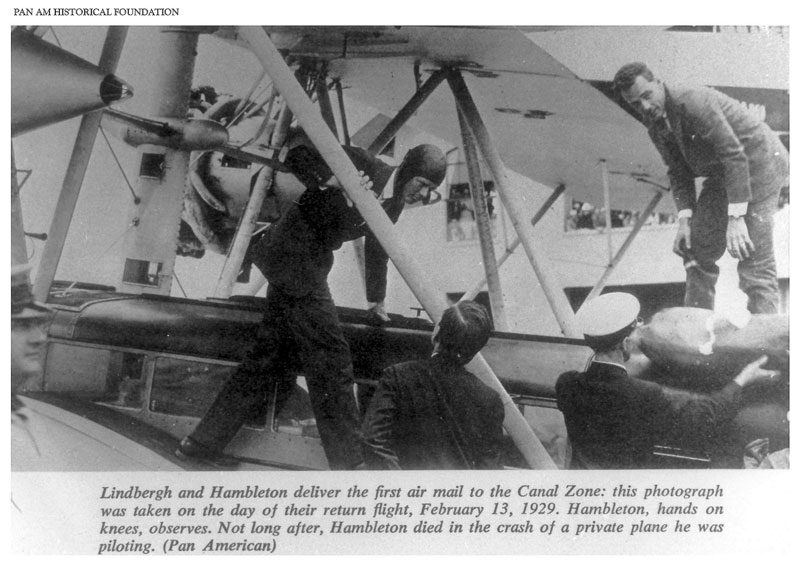 By New Years 1929, Pan Am had been operating for less than a year and a half. Since the fall of 1927, the young airline had stuck with a minimal air route structure, only flying between Florida to Cuba. This was as far as the U.S. Post Office had granted authorization for any company to carry U.S. Mail, but things were about to change -- in a big way.

That first Foreign Airmail Route (or FAM) #4 to Cuba would be the foundation for all that was about to follow. No airline in the 1920’s could succeed without some guaranteed revenue, and for Pan Am, that meant winning more FAM contracts. Thanks to the masterful political maneuverings of Juan Trippe and his colleagues, it was almost a foregone conclusion that the next FAM route contracts would be won by his airline. Those fifteen months that had passed since Pan American Airways took to the skies represented time well spent.

On March 8, 1928, the U.S. Congress passed the Foreign Airmail Act, and soon appropriated $1.75 m to fund the system. Almost immediately, Pan Am won the re-advertised bid for what had been their temporary contract to fly mail to Havana. This new contract was signed with authorized payment amounts that boosted the rates to Pan Am for mail carried to $2.00 per mile. (And in response, Pan Am successfully applied to move the route terminus from Key West to Miami, doubling FAM 4 route mileage.) In July, the Post Office awarded Pan Am the contracts to operate two routes branching out from Havana going both west, to Mexico and then down to Panama (FAM 5); and east, to Puerto Rico via Haiti and the Dominican Republic (FAM 6). These two branches would provide the basis for further development, eventually encircling the Caribbean via the North Coast of South America. They immediately increased Pan Am’s contractual route mileage many times over – along with the postal contract revenues. 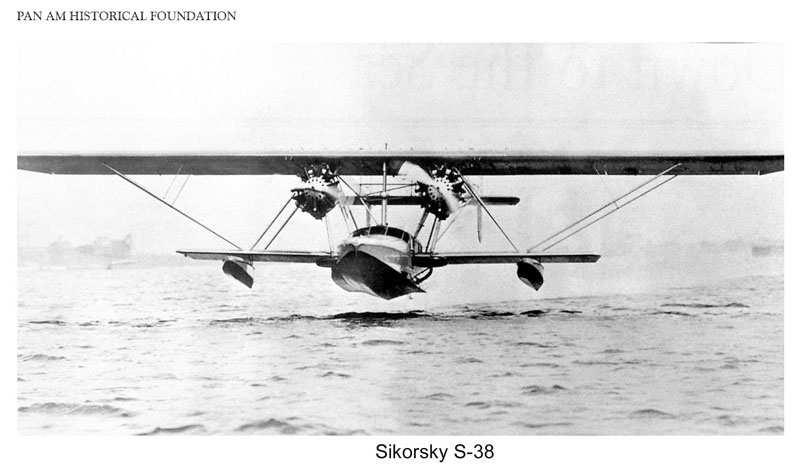 On the last day of 1928, the company’s tiny fleet of two Fokker F-VII Tri-motors (one other had been lost in a forced ditching in August) was enlarged by the acquisition of newer, larger Fokker F-10 aircraft – the first of 12, which could carry more passengers and mail.  Also acquired in 1928 were the first Sikorsky S-38 “Amphibions” - a significant hint of future developments Pan Am would pursue with shifts towards flying boat operations. Ford Tri-motors and Fairchild FC-2’s were ordered too. 1928 had seen the development of new radio direction finding techniques, another harbinger of the future. Edwin Musick became Chief Pilot in 1928. 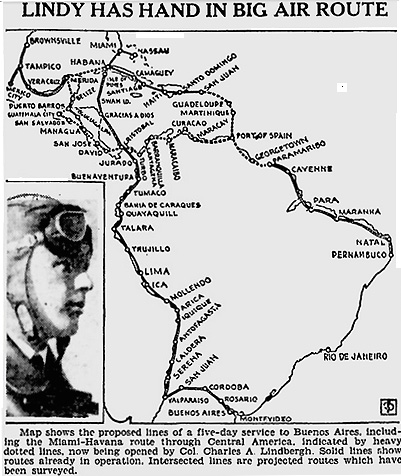 But without doubt, the biggest news Pan Am could boast about as 1929 began was that the world’s most famous aviator, Charles Lindbergh, had signed on as Technical Advisor.  One year before “Lindy” had made a spectacular non-stop flight from Washington, DC to Mexico City in the Spirit of St. Louis. In an apparent surprise development, he followed that up with a sensational continuation of his flight down through Central America, across the top of South America and on up through the islands of the Caribbean to Cuba, a route that was now dubbed the “Lindbergh Circle.”

It was a public relations sensation, both for Lindbergh and for the potential of international aviation too. Pan American Airways later surveyed the routes, which were, not coincidentally, also written up for Post Office contract specifications. As 1928 wore on, Lindbergh worked in an unofficial capacity to help support Pan Am’s objectives, particularly in the way the airline’s agenda was regarded by U.S. government decision-makers.

With the start of 1929, a great deal of preparation was about to pay off.  On January 9th, the new “Pan American International Airport,” with its new modern terminal was officially dedicated in Miami. FAM 6, the route to Puerto Rico, was immediately inaugurated, as was FAM 7 service to the Bahamas only a few days prior to that.

The only snag in the packed agenda was an unexpected delay in the inauguration of FAM 5, the route to Panama via Mexico and the Central American countries. The inaugural finally happened on the 4th of February, when Lindbergh himself, accompanied by Pan Am Vice-president John Hambleton, radio operator Henry Buskey, and one passenger – Juan Trippe - climbed aboard the Sikorsky S-38 NC8000, along with several hundred pounds of mail, and took off at 6:00 a.m., bound for Havana and points south.

It took them three days to reach France Field at Cristobal, Panama Canal Zone. Things were coming together for the young airline so fast, that Lindbergh, Hambleton, and Buskey had to wait several days for official authorization to actually start the return journey. (Trippe had stayed in Havana on the trip down.) There was so much mail built up waiting for carriage north, another S-38 and crew was put into service to manage the load. They finally left Panama on Feb. 11th, and headed back on the trip north.

The two S-38’s arrived back in Miami on February 13th. It was cause for much public appreciation of the accomplishment, as well as some likely satisfaction on the part of the U.S. government. Now an American airline had reached the all-important Panama Canal Zone, the most critical point of America’s strategic defense in the Western Hemisphere. For all intents and purposes, it was the true beginning of Pan Am’s remarkable growth that would continue exponentially in the years to come.

For Charles Lindbergh, returning home to the U.S. that February 13th, he could also reflect on an important personal milestone. His soon-to-be father-in-law, U.S. Ambassador to Mexico Dwight Morrow chose that day to announce the engagement of his daughter Anne to the “young eagle.” February 13th 1929 was a day of milestones. 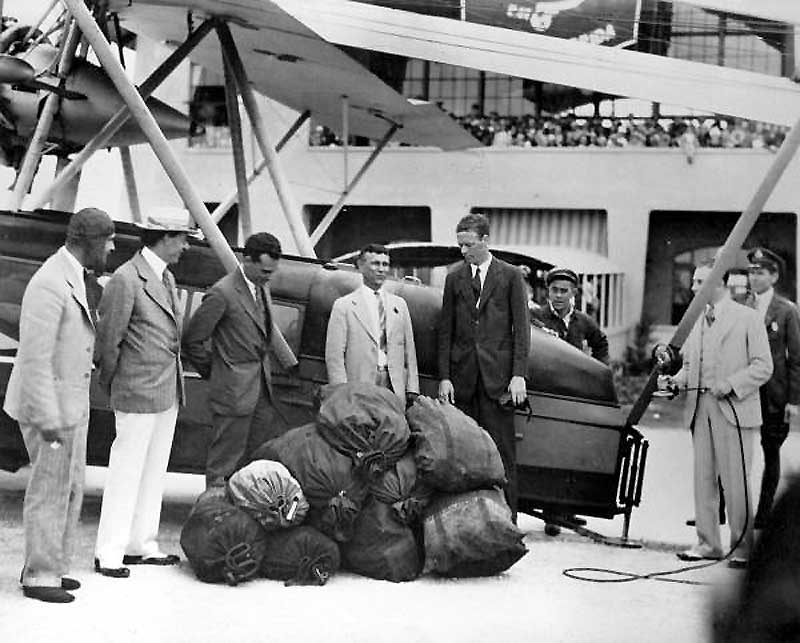