Published for the 90th anniversary of Pan Am’s operations! 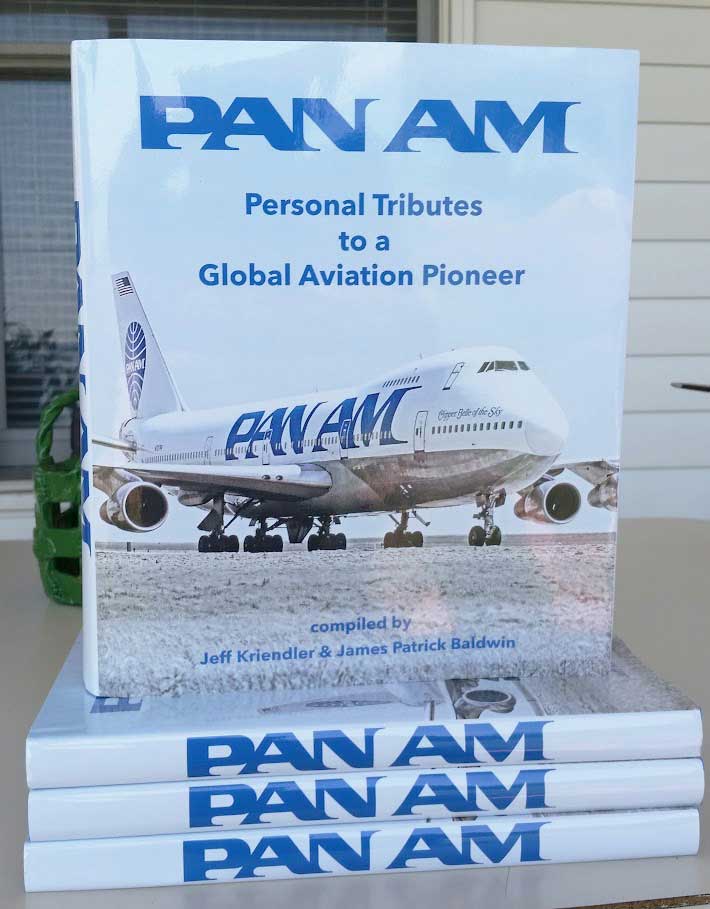 Pan Am - Personal Tributes to a Global Aviation Pioneer has become a favorite collectible!

Beginning in 1927, Pan Am grew exponentially, forging uncharted routes around the globe, establishing affordable service, and becoming a 20th century leader in commercial aviation.
Pan Am - Personal Tributes to a Global Aviation Pioneer is a beautifully-compiled commemorative book by Jeff Kriendler & James Patrick Baldwin — a collector's favorite that belongs in every aviation lover's library.
The book contains over 80 essays on 284 pages in an over-size coffee table format with hard cover and dust jacket. Written by Pan Amers and friends of Pan Am about historic events during the 64 years of Pan Am’s operations, the stories are illustrated with over 400 images including colorful posters, ads, rare baggage tags, timetables and other promotional materials.
Rebecca Maksel wrote in a recent in Air & Space magazine article:

“Pan Am—Personal Tributes, compiled by Jeff Kriendler and James Patrick Baldwin (Pan Am Historical Foundation), is just that: An insider’s look at the airline from those who worked there. In addition to a history of  Pan Am (which you’d expect) the book also includes the esoteric: an interview with artist Milton Hebald, who sculpted the 15-foot bronze signs of the zodiac that graced the façade of the Pan Am building at JFK; a reminiscence from an employee who worked at Pan Am’s Counter Vanderbilt, the largest ticket counter in the world;  and a mournful remembrance from a flight attendant who flew aboard the White House press charter the day President John F. Kennedy was assassinated in Dallas. Readers will learn about flights behind the Iron Curtain and Pan Am rescues of American citizens stranded by wars, revolutions, and earthquakes. The airline even had a waiting list for passengers interested in future trips to the moon.”