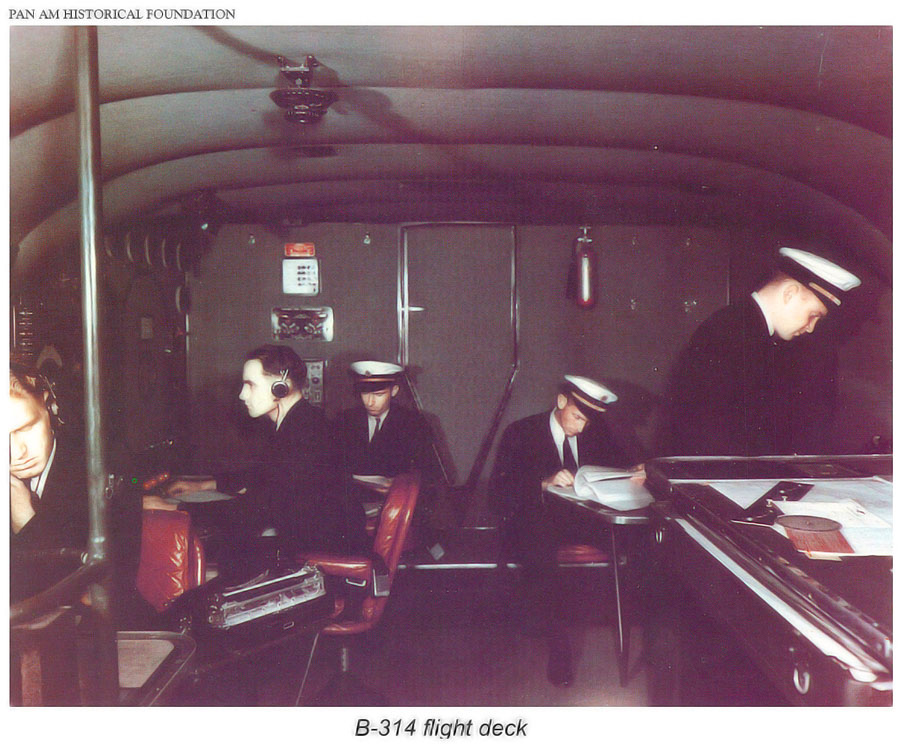 After just over 14 months of B-314 service across the Pacific from California to Hong Kong via the long-established route via Honolulu, Midway,Wake, Guam and Manila, Pan Am was finally ready to open the way back to New Zealand.

The earlier effort, pioneered by Capt. Ed Musick and his crew onboard the ill-fated Sikorsky S-42 Samoan Clipper had ended in disaster in January 1938, as the flying boat was turning back to Pago Pago harbor in Samoa with stopped engine due to an oil leak. Too heavy with a full fuel load to manage the tricky landing in Pago Pago's harbor, the clipper blew up while dumping fuel. The tragedy took the lives of all aboard, and stopped Pan Am's plans for a New Zealand route in their tracks, for a considerable time.

But now, two and one-half years later, the political way had been cleared with United State government authorities for a new route and mail contracts. The international arrangements were in place with Britain (for joint government oversight with the United States for Canton Island), and France (to land at Noumea in New Caledonia) to provide the stepping stone bases for the new four-day route. And the equipment, in the form of Boeing's magnificent B-314 flying boats, were now tried and true, along with numerous capably-trained crew to manage the task.

So with a crew of ten, several non-paying passengers representing the airline and U.S. Government, and airmail cargo consisting of 125,000 letters the 42-ton California Clipper took off on the 8,000 mile journey. Commanding the flight was J.H. "Pop" Tilton, long-time Pan Am veteran skipper. Just a month later, regular service to Auckland was inaugurated. With connections with Australian air services made there, it was now possible to fly from the United States to Australia, and beyond. The trip by steamer had taken 17 days, or longer. And now you could get "down under" in only four.

As Juan Trippe pointed out at the time, it was now shorter to fly to Europe from Australia via the United States on Pan American, than going the other way round the world via India. He said "We hope to get our share of that business!"