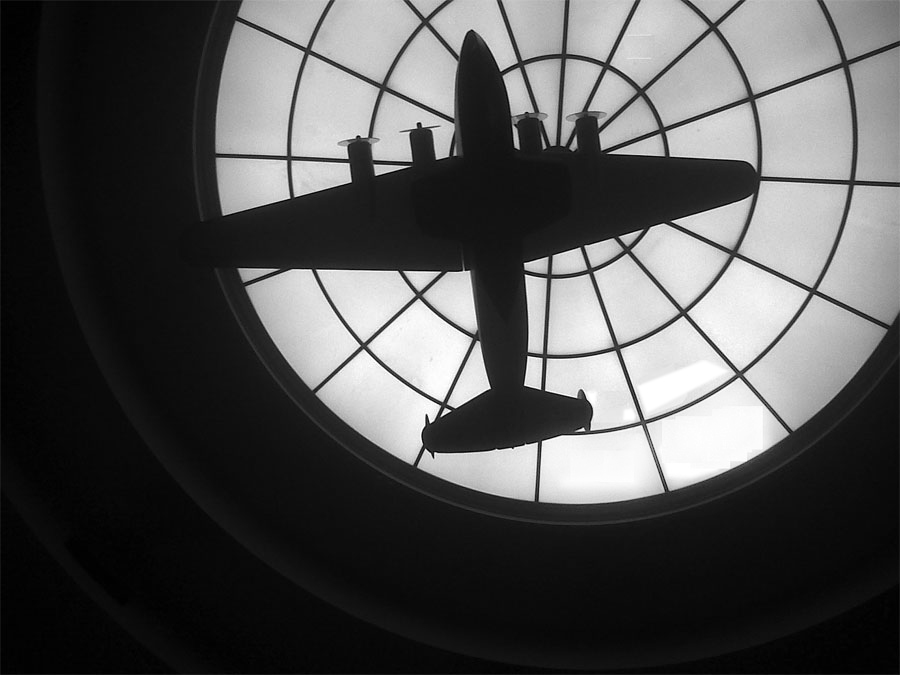 This year, New York City is celebrating the 50th birthday of the Landmarks Preservation Law of 1965, protecting historical building structures in the city’s five boroughs. In 1973, prompted by the controversial demolition of the old Metropolitan Opera House and the proposed demolition of Grand Central Terminal, the preservation law was further amended to include protection of historically significant building interiors. Since then, the Landmarks Preservation Commission has named over 115 interior landmarks in New York City, and the Art Deco Marine Air Terminal interior with WPA mural by James Brooks is one of them. 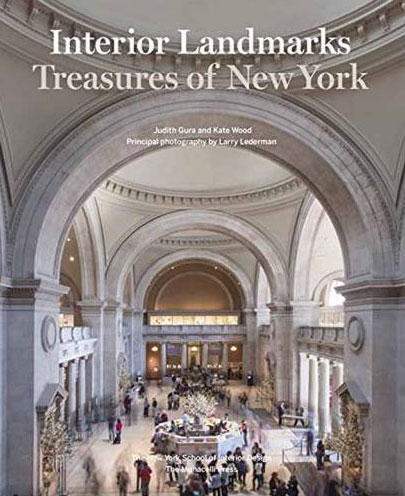 To honor these, the New School of Interior Design recently hosted an engaging exhibit featuring highlights from twenty noteworthy interiors including the Marine Air Terminal, in a show entitled Rescued, Restored, Reimagined: New York's Landmark Interiors.  A companion book to the exhibit by authors Judith Fura and Kate Wood, and photographer Larry Lederman will be published this year by Monacelli Press. 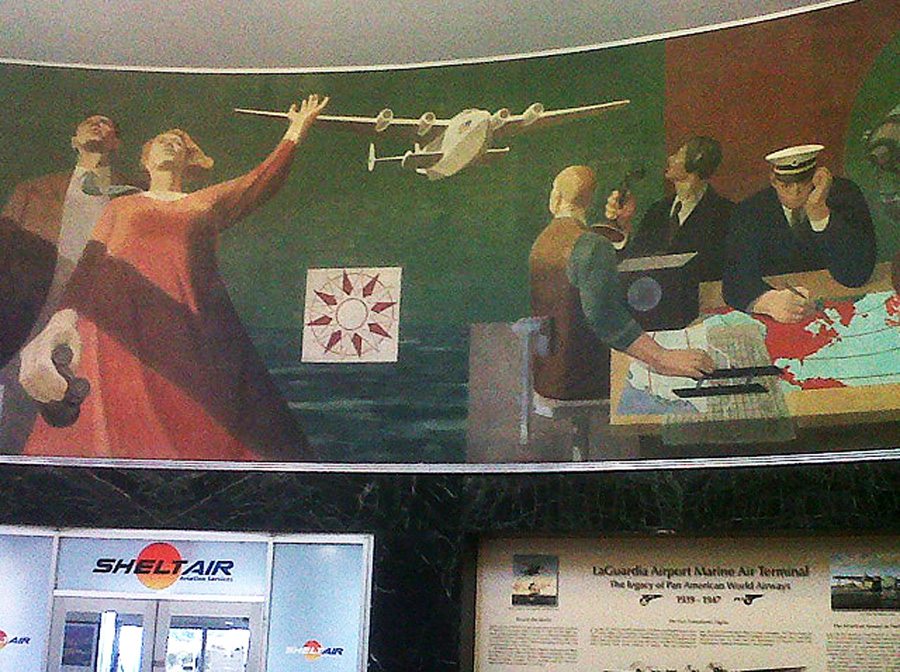 The MAT & Its Interior

1940,  LaGuardia Airport: During the Great Depression with funding from Works Progress Administration (WPA), New York City Mayor Fiorello LaGuardia had a new airport built in Queens. One of the terminals, the Marine Air Terminal (MAT) designed by architects Delano and Aldrich, was a brand new seaplane base with a stylish circular structure and elegant Art Deco details inside and out. It became America's premier aerial gateway to Europe, purpose built as a terminus for what was aptly described as the most romantic voyage in history by Clare Boothe Luce. Giant Boeing 314’s plied the waters of Bowery Bay on their way to and from Atlantic crossings and came to rest at the MAT. The first flight out from the new flying boat terminal was a Pan Am Boeing 314, the celebrated “Yankee Clipper.”

During World War Two, the terminal and adjacent structures hummed to the rhythm of America's military demands, which included the servicing and dispatch of a fleet of seaplanes - the Boeings now joined by Sikorsky VS-44’s , Martin PBM's and Consolidated PB2Y's.

With the end of the seaplane era, the MAT fell in to a period of disuse, but found new life as a remote terminal for east coast shuttle flights. Today, airline passengers and visitors to the terminal can partake in at least an echo of the grand ambiance formerly suffusing the air travel experience. For the 1940 opening, on its circular interior wall, artist James Brooks painted the MAT's heroically-scaled mural, “Flight.” The largest WPA mural of its kind, it depicts the history of flying from mythological antecedents and early invention to the romantic era of the flying boat. The MAT was "modernized" and – almost incomprehensibly - “Flight” was painted over in 1952. The mural remained covered and hidden until the late 1970s. That’s when aviation historian Geoffrey Arend, a LaGuardia Airport employee at the time, had the foresight to rescue the mural and raised the funds needed to re-enlist Jim Brooks to restore the MAT mural to its original condition. It was nearly 40 years after the completion of his initial artwork that Brooks returned to the MAT and brought it back to its former grandeur. In 1980, the MAT was subsequently designated a New York Interior Landmark which is being celebrated today. (Read more about Geoffrey Arend’s outstanding preservation accomplishment, and download the fully detailed Landmarks Preservation Commission’s Interior Designation report.)

In 2002, the Pan Am Historical Foundation held a 75th Pan Am Anniversary celebration within the MAT’s splendid Art Deco interior:

"The reception at the Marine Air Terminal, with its colorful and recently restored rotunda, brought back fond memories for many Pan Amer’s who recalled the days when, in the 1940s, the terminal was home to the Pan Am B-314 flying boats and later in the 1980s, to the Pan Am Shuttle.”

The Marine Air Terminal building itself was named to the National Register of Historic Places on July 9th, 1982. Extensive restorations of both exterior and interior architectural details of the MAT were completed in 2005 by the architectural firm Byer Blinder and Belle.

The importance of the Marine Air Terminal’s place in aviation history prompted the Pan Am Historical Foundation to design and present the MAT with a distinctive Pan Am exhibit. Headed by Jim Vaughn in 2011, three panels honoring The Legacy of Pan American World Airways, 1939-1947 were put on view in a permanent display just below the famous mural in the MAT rotunda.

Now that the future of LaGuardia’s Marine Air Terminal is assured, it will stand as a tangible historical touchstone, providing a link to a time when transoceanic travel was a very special journey indeed. It’s well worth a trip to visit this unique building.

If you visit: The airport offers a free shuttle connecting all terminals. Shuttle Route A (note: NOT Route B) includes the MAT (also designated as Terminal A / Delta Shuttle) at the west end of the airport), and operates every 15 minutes between 6:00 a.m. and 10:30 p.m. 7 days / week, with more limited service at other times.

See more images of the mural and MAT interior: Sunday at the MAT