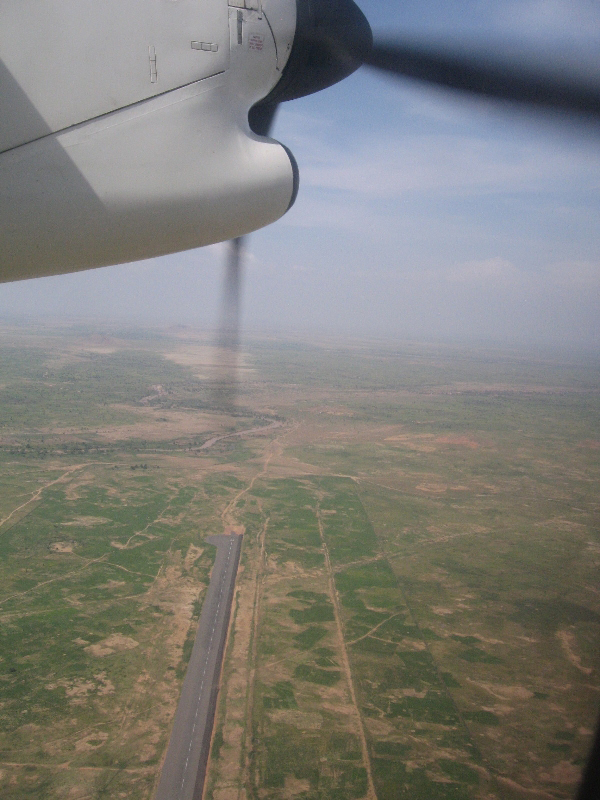 Pan American Airways-Africa, Limited proved to be one of the Allies' most important strategic resources during World War Two. The company was formed in July 1941 after negotiations between the governments of the U.S. and the U.K., following earlier British overtures to Juan Trippe. By 1942, Pan Am Africa's crews and aircraft were flying from Miami down to South America, across the Atlantic to Africa's West Coast, across the Sahara, to the Middle East, on to what was British India, and across the mighty Himalayan Mountains (the "Hump") to western China. They carried strategic materiel and personnel, and kept an absolutely vital line of communication open between global theaters of war.

Each leg of that route presented challenges to both humans and machines. The route across the fabled Sahara Desert had its own particular issues: brutal heat, extreme isolation, primitive or non-existent infrastructure, and sandstorms, to name a few. The route across Central Africa had been pioneered through British civil aviation efforts starting in the 1920's, but the scale was limited. With the coming of the Second World War, operations and infrastructure had to increase dramatically. In some ways, opening and operating those remote airfields resembled the work Pan Am had undertaken when opening the transpacific route in the mid-1930's. Aviation fuel had to be trucked in from great distances over primitive roads. Food and water were scarce. Success demanded ingenuity and an ability to take advantage of local resources.

Like the opening of the "Hump" route, the success of the "Takoradi Route" as it was called, remains one of the truly impressive achievements of Pan American Airways' contributions to ultimate victory of the Allied cause, which by the close of the war was being identified as that of the "United Nations."

Today Pan Am's legacy still plays a part in aiding United Nations' efforts in Sudan. At sites that were developed by Pan American Airways-Africa many decades ago, a new undertaking is supporting current humanitarian efforts. At the old Pan Am airfields at El Geneina and El Fasher in Sudan, the staff of UNAMID (the United Nations - African Union Mission in Darfur) are providing vital assistance to the war-ravaged people of Darfur. Instead of the C-47's and Curtiss Commando's of old, UNAMID crews operate a fleet of forty-plus aircraft of different types: Russian Mi-8 helicopters, and various fixed-wing aircraft including a Boeing-737, CRJ-200, IL-76, MD-83, Let-410 and others. They serve about 30 locations in Darfur, mostly with their workhorse helicopters. They deliver food and medical supplies, and support the work of the international peace-keeping forces.

The facilities have been much improved since the 1940's, but Pan Am's groundwork made it possible to get things going much more quickly than would have been possible otherwise.

To learn more about PAA-Africa, you can read Pan Africa: Across the Sahara in 1941 with Pan Am by Tom Culbert and Andy Dawson.

To learn more about UNAMID go to https://peacekeeping.un.org/en/mission/unamid