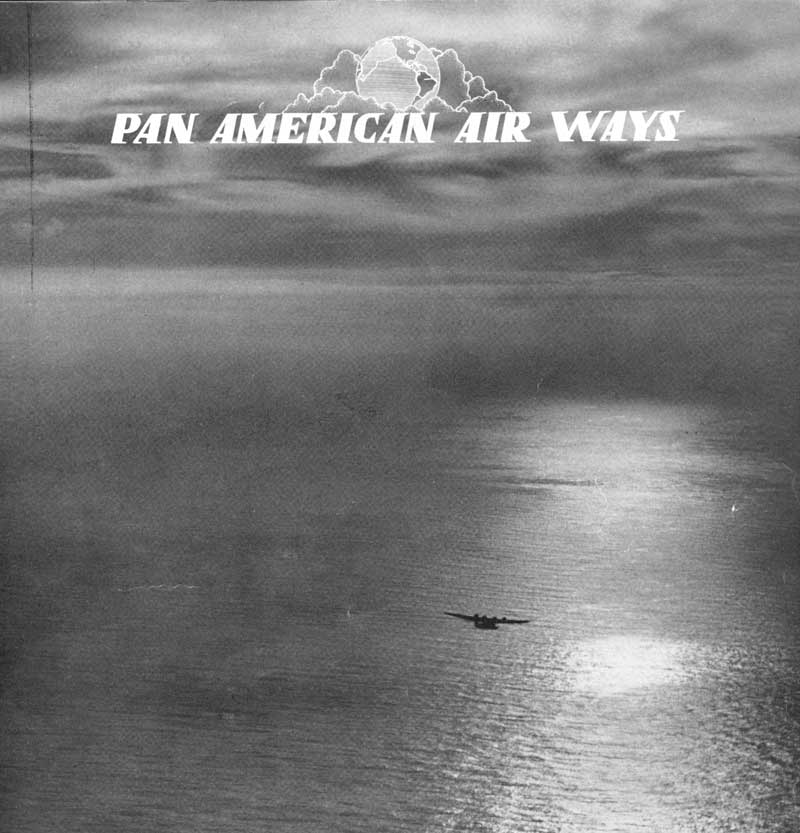 By Edwin C. Musick
Commander of the China Clipper

By special radio to the Milwaukee Journal, November 25, 1935

MIDWAY ISLAND -- Like a waterfront scene in the old days of sailing vessels when clipper ships had to be loaded in a mad rush to enable them to sail with the tide, the marine runway of the Pan American Airways ocean air base at Pearl Harbor, Honolulu, was a busy scene early Sunday morning. The China Clipper was being loaded to enable us to depart at daylight on the next step in our 8,000-mile race with the sun across the Pacific to carry the first American air mail to the Philippines and the orient.

The early hour did not prevent pleasure craft carrying several hundred visitors from assembling about the base to cheer our departure. They saw lights bobbing on swells in the harbor, lights aboard our airliner shining brilliantly. Dark forms in orderly array were rapidly wheeling a fleet of hand trucks, carrying 100-pound loads of the two-ton cargo.

Following in rapid order, the trucks carried into the holds 21 crates of fresh vegetables for our island air bases to the west, nine crates of oranges and lemons, 12 crates of turkeys for the first Thanksgiving dinners in the history of the colonies on Midway and Wake Islands, and cartons of cranberries, sweet potatoes and mincemeat. Other crates contained every conceivable item - paint brushes, typewriter ribbon, oil lamp wicks, a sewing machine, needles, paper plates and napkins, baseballs, tennis rackets. lantern bulbs, refrigeration machinery and a complete barber's outfit.

This miscellany was the result of an accumulation of radio requests in the last two months from the island bases to the Pan American main base in California, all beginning "On next clipper send" and continuing with an incredible list of replacement items and articles to add to their comfort. 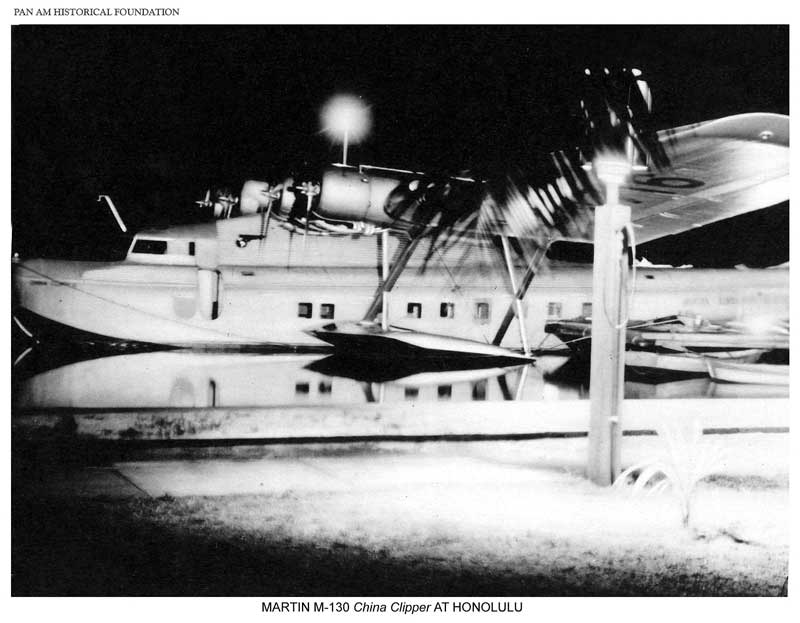 After the mail was aboard there came 14 passengers—two complete air base staffs to replace the pioneers on Midway and Wake Islands and four Chinese cooks and a waiter for Wake island.

The last cargo hatch is closed. Acting Airport Manager Van Zandt reports all the cargo aboard. Second Officer George King reports the China Clipper is ready, the engines warmed, all weather reports checked. The crew goes aboard as daylight finally spills over the green mountainsides. At 16:50 G. M. T (10:50 a. m. central standard time) we cast off from the float.

The flight is uneventful and despite the clear visibility we were almost on Midway before we sighted the two islands breaking sharply above the sea. There was great commotion among the passengers, some of whom were seeing for the first time the place that was to be their home for the next six months.

The island's appearance has changed greatly since my first flight. The area has been largely landscaped, the buildings are brightly painted and everything is neat and orderly. Flags were flying and tiny figures in white uniforms were standing at their posts on the landing float.

In salute we circled the base at 500 feet then settled in for a landing and touched water at 2:01 G. M. T (8:01 central standard time) This one minute off schedule must have been due to that extra circle but the noisy welcome from the Pan American and cable company colonists who crowded the little float more than justified it.

We had covered the 1,380 miles in slightly under nine hours, averaging about 147 miles per hour. 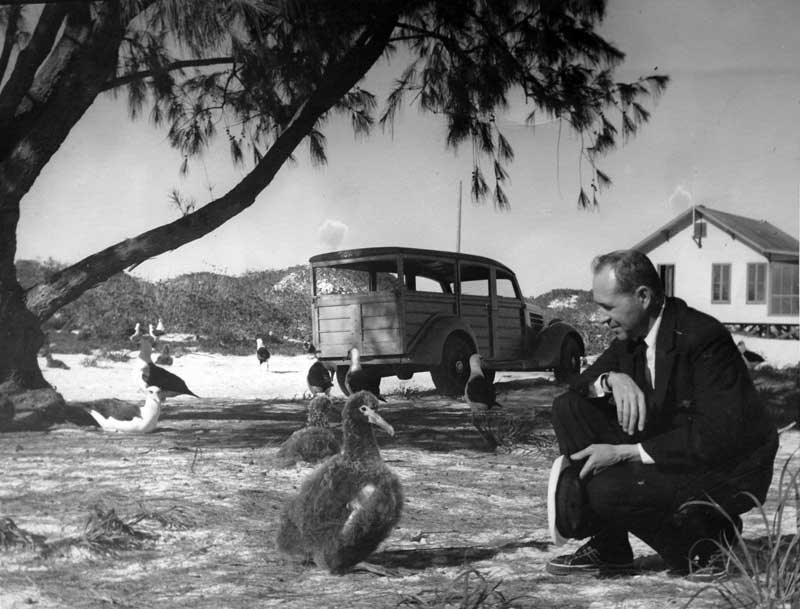