A Note of Triumph 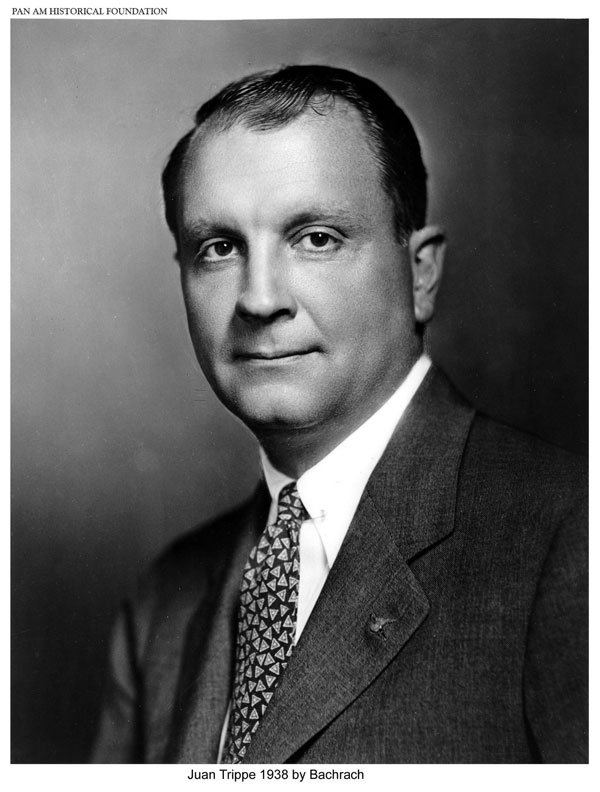 In Paris, at the International Chamber of Commerce in 1937, after a year of scheduled flights across the Pacific, Juan Trippe described the momentous achievement of trans-ocean service and the five years of planning that led up to it.

Excerpts from a Speech before the International Chamber of Commerce by J.T. Trippe, Paris, January 11, 1937

"The record of ocean air transport over the Pacific is not so much the transport achievement of the past year, so much as it is a demonstration of the practical value of the previous five years of considered preparation upon which this ocean air service was premised. From the standpoint of the public at large, comparatively little attention was paid to these five years. But from the standpoint of the future of transoceanic air transport operation they are of particular importance.

It was during these five years that the major effort was devoted toward research, design and construction of multi-engined flying-boats for use in transocean service. These years, too, were devoted toward the development of the essential Radio Direction Finder and other essential technical aids for long-range, over-ocean transport operations. Too, an ocean-scale weather reporting service and technical analysis of meteorological data for ocean weather map construction, was highly developed. The existence of routes, such as the trans-Caribbean, involving moderately long-range operation over unbroken sea, provided an ideal laboratory for the practical application of the flying routine and the engineering, navigational and other aspects of personnel training which was based upon classroom courses of study.

With these essential features well advanced, the first practical steps were advanced toward the actual construction of an airway early in 1935. This involved the colonization of heretofore uninhabited islands and the readaptation of special base facilities to meet the peculiar conditions encountered on the projected route.

Initial flights of an experimental transport nature were begun in April and extended, as the bases were set up, step by step across the ocean as far as Guam. This flying contributed a* essential part to the practical operating studies which preceded operation of initial and temporary transport schedules. By mid-summer the airway was completed for operation on an 8,200 mile route across the breadth of the Pacific and on a line which closely paralleled the main arteries of traffic across the western ocean. This route involved individual sectors of 2,410 miles, (San Francisco-Honolulu); 1,380 miles, (Honolulu-Midway Island); 1,252, (Midway Island-Wake Island); 1,538 miles, (Wake Island-Guam Island); and 1,580 miles, (Guam-Manila).

On November 22, 1935, the first through crossing from the west coast of the United States to Manila, Commonwealth of the Philippines, was completed with exact adherence to a routine transport schedule.” 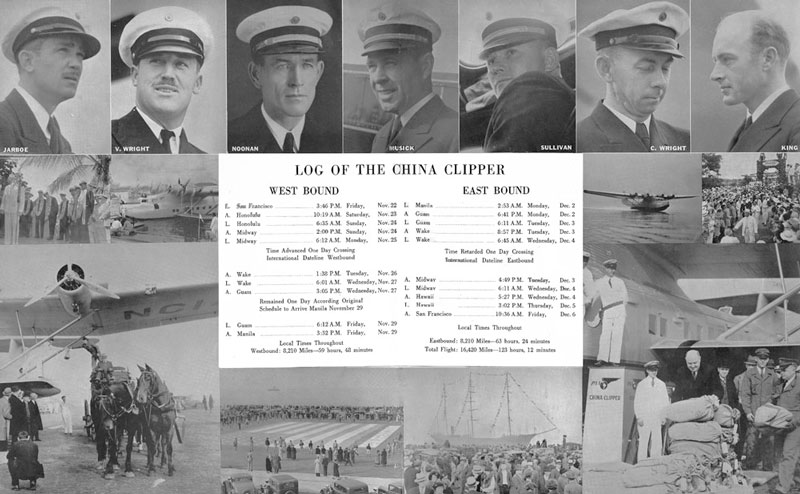 Photos and Log from the Inaugural Flight of the China Clipper, Round Trip to Manila, November 22 - December 6, 1935 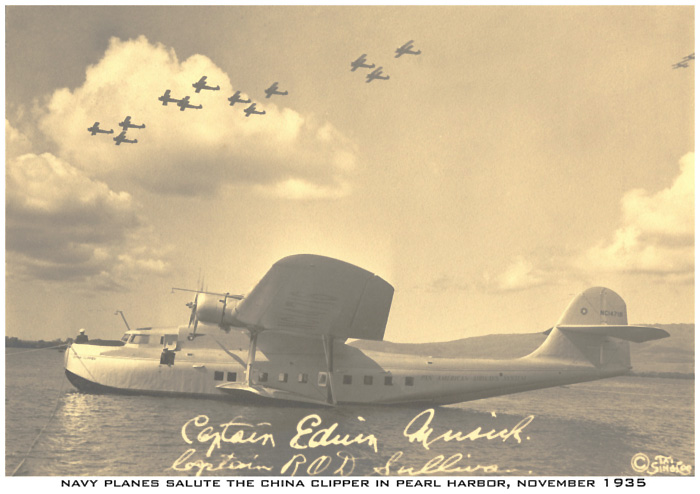 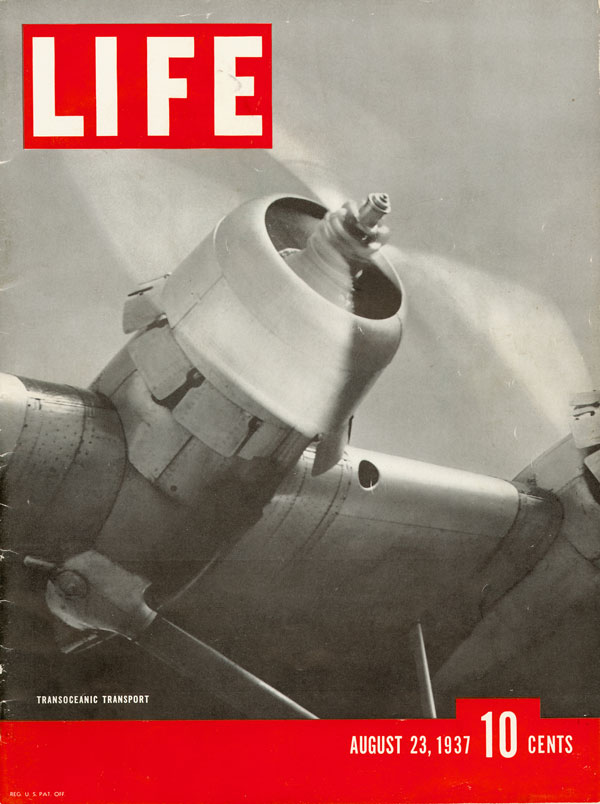