Pan Am Terminal at the Brownsville Airport, c. 1930  (Museum of South Texas History)

Thanks to a new book by Carl Chilton, past oversights are about to be remedied. Historian Chilton has taken on the task of shining some light on a subject that has long remained somewhat hidden in his book, 70 Years of Airport History in Brownsville.

As far as Pan Am is concerned, that's appropriate (at least in a rhetorical way), because it was at Brownsville that the airline developed some critical procedures for instrument flying. One quick geographical note: Brownsville sits at the southern tip of Texas' Gulf Coast, just over the border from Matamoros and about 250 air miles from Tampico, Mexico, also on the Gulf. 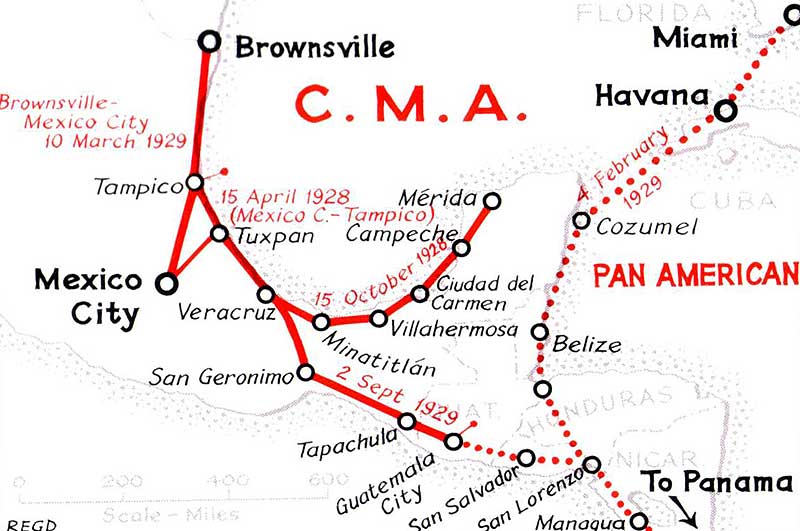 A little background helps. In 1929, the U.S. Post Office awarded Pan Am the contract to fly the U.S. mail to Mexico via Tampico and on to Mexico's capital. The route passed over some of the roughest terrain in the country - the Sierra Madre Mountains, which provide pilots some truly difficult weather along the way. The Mexican portion of the air route had been pioneered by some hardy souls who had seen opportunity in flying oilfield payrolls over the heads of the bandits who infested the oil drilling areas on Mexico's Gulf Coast. Starting with single engine biplanes, airline entrepreneur George Rihl soon had a flourishing business, which was known as the Compania Mexicana de Aviacion or C.M.A. Rihl was able to attract the interest of American inventor / investor Sherman Fairchild, who soon helped outfit the little airline with some updated new single-engine Fairchild airplanes. Fairchild was also among the group of men who were working with Juan Trippe to fund the growing interests of Pan American. 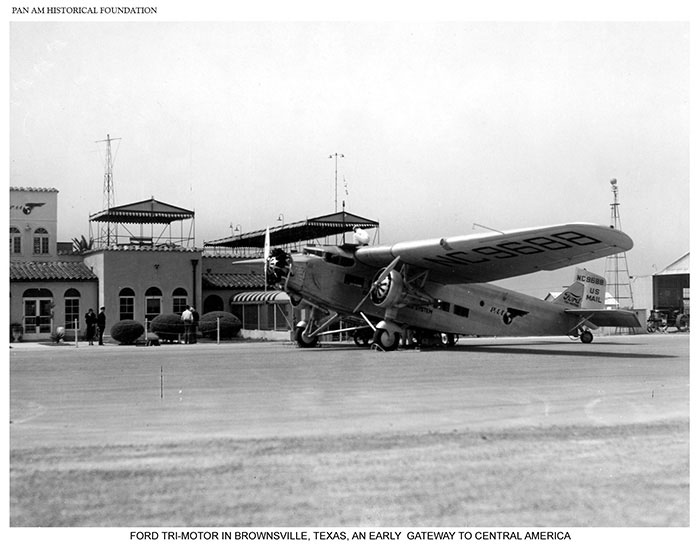 By early 1929, the stage was set for bigger things. On January 9th, the U.S. Post Office put Foreign Airmail Route 8 up for bid. Two weeks after that, Juan Trippe bought out Rihl's interest in C.M.A. (and made him a Pan Am V.P.) and when F.A.M. 8 was awarded to Pan American the next month, the elements were in place to make Brownsville Pan Am's new port of entry to Mexico and the lands beyond. 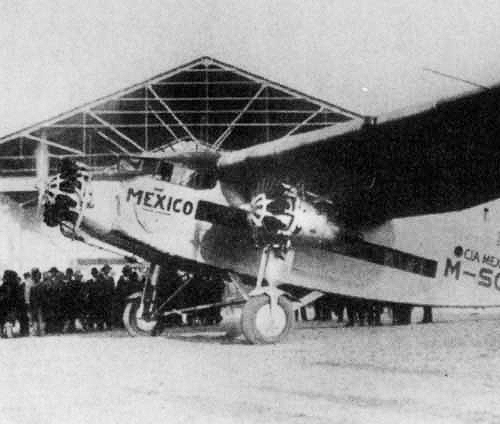 C.M.A. became Pan Am's Mexico Division, (although their aircraft flew in Mexico with joint C.M.A. & PA markings). Very naturally, Brownsville became the division's headquarters. Soon C.M.A.'s little Fairchild planes were joined by larger Ford and Fokker Tri-motor aircraft. The route was anointed in March 1929 when Charles Lindbergh - Pan American's new technical advisor - flew the mail in a Ford Tri-Motor from Mexico City to Brownsville. Within months, Pan Am's route system was not only linking Brownsville to Mexico City, but also extending southward along the Gulf, linking up new stops as it reached towards the linking-up with another Pan Am route system that crossed the Caribbean to Mexico's Yucatan Peninsula. 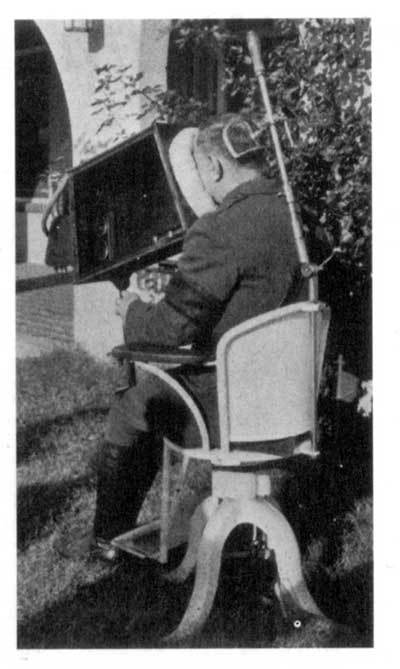 This was very impressive growth, but there were problems. The facilities along the expanding routes were primitive and demanded improvement. Of even greater concern was the weather. Pan Am's Chief Engineer Andre Priester was urged by C.M.A. pilot Edward Snyder to institute instrument flight training immediately.

Flying from the Gulf Coast up and over the rugged mountains towards Mexico City, pilots could encounter serious cloud cover. In those days, pilots often relied on "seat of the pants" techniques to keep oriented in flight. Unfortunately, human senses weren't adequate to keep oriented without visual cues. It was not unusual for pilots to find themselves in a "graveyard" spin when they lost sight of any visual cues as they flew in cloud. It was urgent that the airline develop some "all weather" flying techniques. 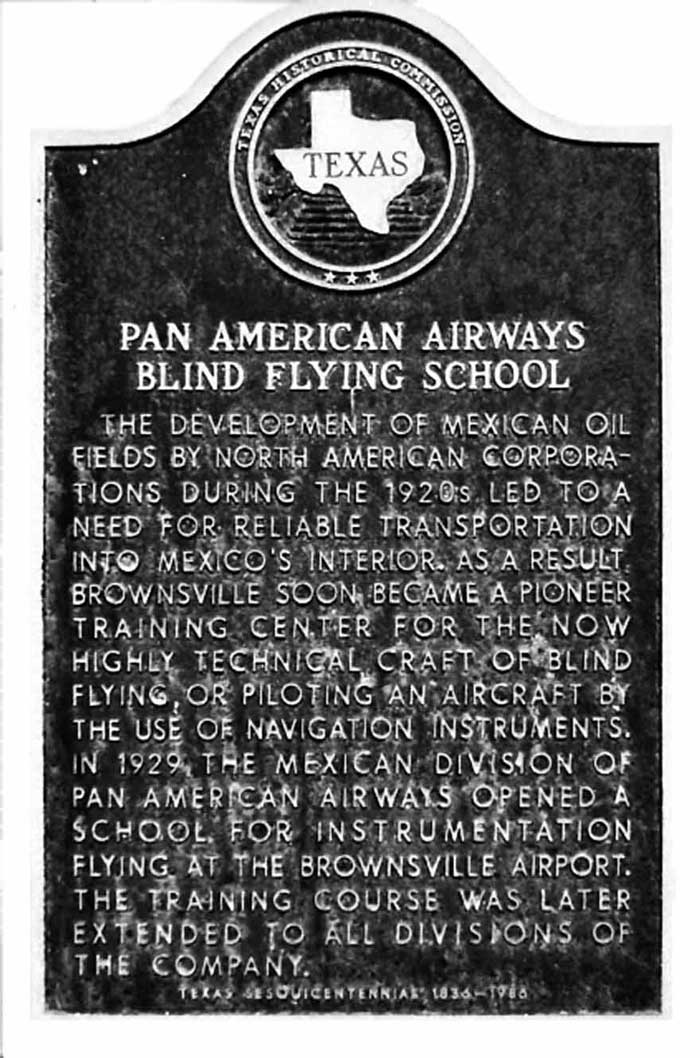 Pilot Snyder, working at Pan Am's Brownsville base, was a pioneer in developing techniques to help other pilots make the transition to "blind" flying. He swung blindfolded trainees on a revolving chair, and soon they learned that their innate "seat of the pants" orientation was completely useless if they had no visual cues to go on. The next step was to isolate the subject in a box with a turn and bank indicator, also on a swivel, and they gained more reinforcement of their need for objective instrumentation.

When Ed Snyder died in an unfortunate accident (not while "flying blind" it should be noted), another Pan Am pilot took over. His name was Harold Gray, and he would go on to become one of the company's best known pilots, helping to further the development of instrument flying, and in the next decade pioneering Pan Am's transatlantic routes. Eventually he would head Pan American World Airways, as Juan Trippe's hand-picked successor.

The pioneering work to develop instrument flying techniques, born in Brownsville, was adapted at Pan Am's other bases and by all the airline's divisions. 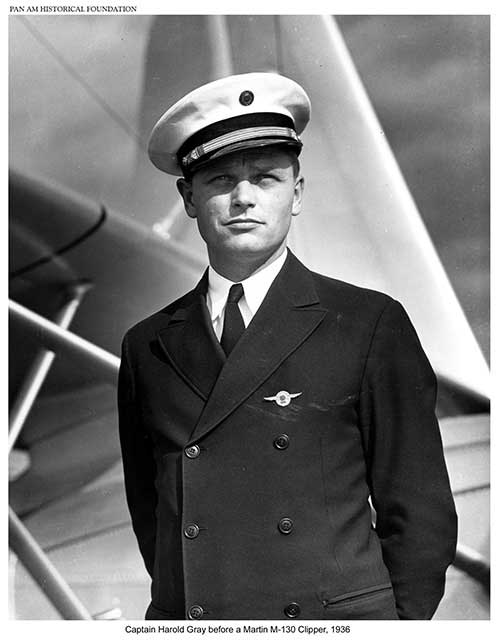