The Jumbos Are Coming! 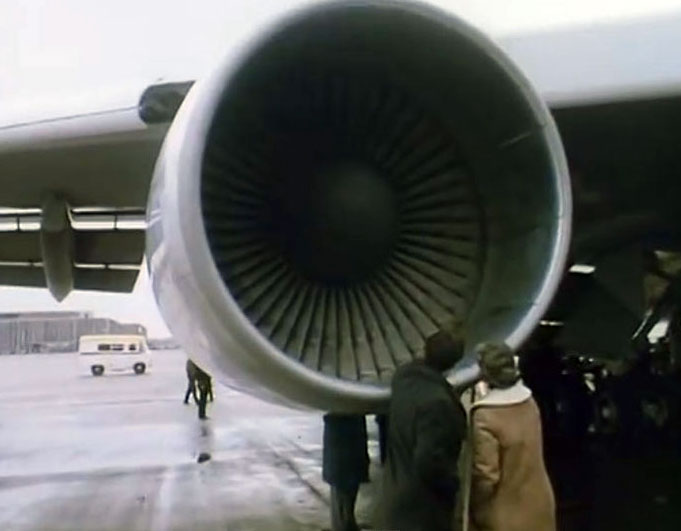 When Pan Am's first B-747 came to London's Heathrow Airport in 1970, the normally staid British were flabbergasted and awed by such a huge aircraft.

As you can tell from this contemporary British newsreel clip, there was no lack of eager observers crowding around, through, and on the brand new clipper.

Pan Am was looking forward to a new epoch in global transport with the advent of the 747, offering economies of scale that were scarcely imaginable only a few years earlier. What it would mean to average travelers - much more room, much lower fares, greater opportunity to see the world - is an almost palpable current running through this bit of history.

It's interesting to compare the introduction of the Boeing 747 with that of later "next-gen" aircraft, like the even larger Airbus A380. Back in 1970, it seems, average people were still able to associate the magic of flight with evolving aviation technology. While there is nothing less amazing about about leaving terra firma at will now, it seems that the glow has dimmed some. That is certainly one good reason to keep the legacy of Pan Am front and center. 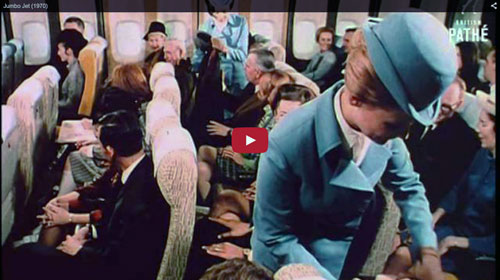