World According to Trippe 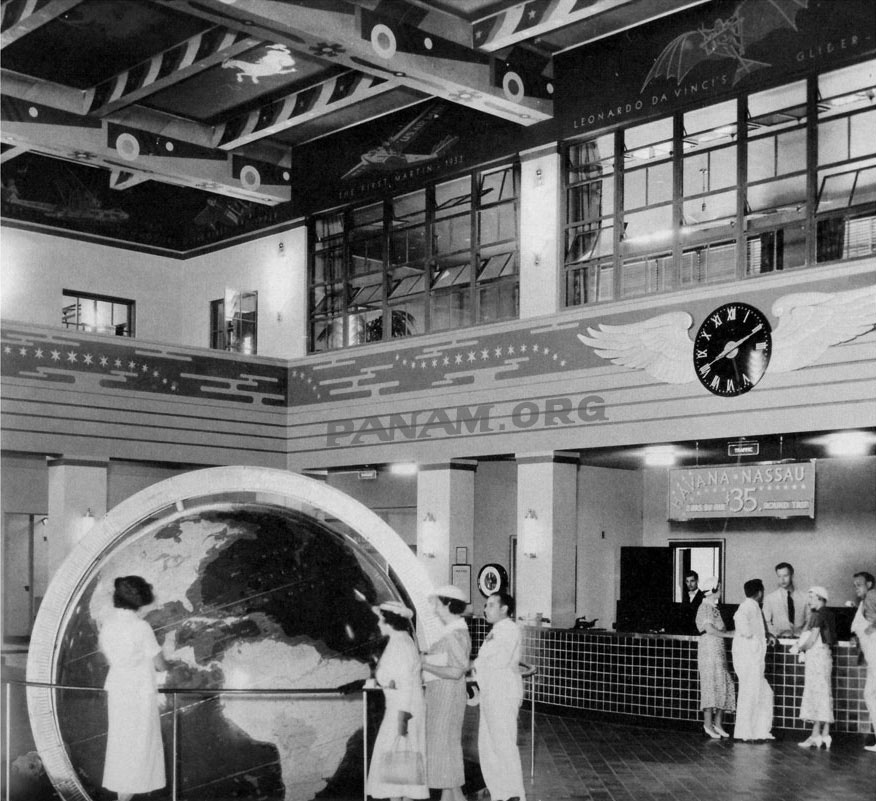 Probably the number one attraction for visitors to Pan American Airways' Dinner Key Marine Terminal, serving as the 'gateway to Latin America' from 1934 to 1946 -- after the wonderful flying boats themselves, of course -- was the massive globe that rotated ceaselessly in the lobby.

The original was produced by the Rand McNally Company. The huge sphere was a masterpiece of geographical presentation, and likely sparked the imaginations of countless visitors who may not have had the chance to board a Pan Am Clipper traveling to far flung destinations, but at least they could dream. Those dreams were supercharged with the aid of the huge globe. 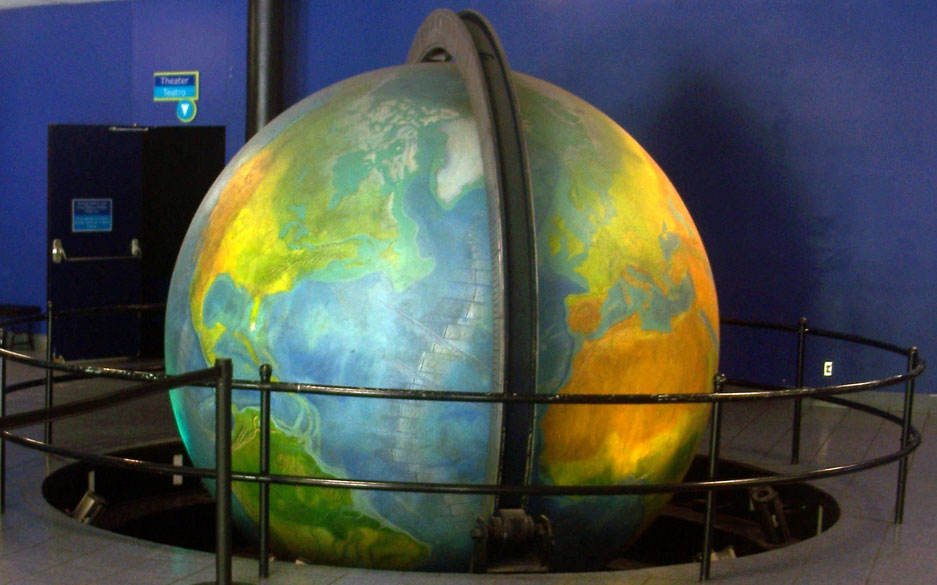 Pan Am ceased their flying boat operations shortly after the close of World War Two, but the Dinner Key globe was a treasure that was too valuable to abandon. Fortunately, the Miami Science Museum, now the Patricia and Phillip Frost Museum of Science, was able to secure the globe and have it moved to their location not far up the road. Given the change of venue, it was re-purposed -- terra-formed you might say -- and the colorful but dated political map was replaced with a topographical representation of the Earth. 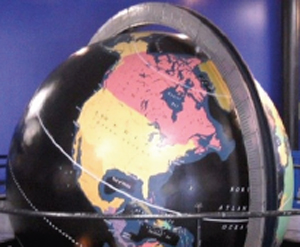 But as the world kept turning, the legacy of the globe's original glamorous context still exerted a powerful effect on the decision-makers at the science museum. With the help of a grant from American Express Corporation and exacting work of Conservation Solutions, Inc., an impressive project was put into motion to restore the the globe to its original appearance.

Now the once world-famous Pan American Airways globe has been restored with painstaking accuracy to its original splendor. It's not certain what the future holds for the globe itself. It may end up at the new Patricia and Phillip Frost Museum of Science location opening in 2016, now under construction. There are more than a few people who would like to see the iconic object placed in a venue dedicated to its original Pan American association, such as a Pan Am museum. Perhaps - who knows - it could even end up back where it started at the Dinner Key seaplane terminal, as a lasting monument to the vision of a world-girdling aerial empire of Pan American World Airways. 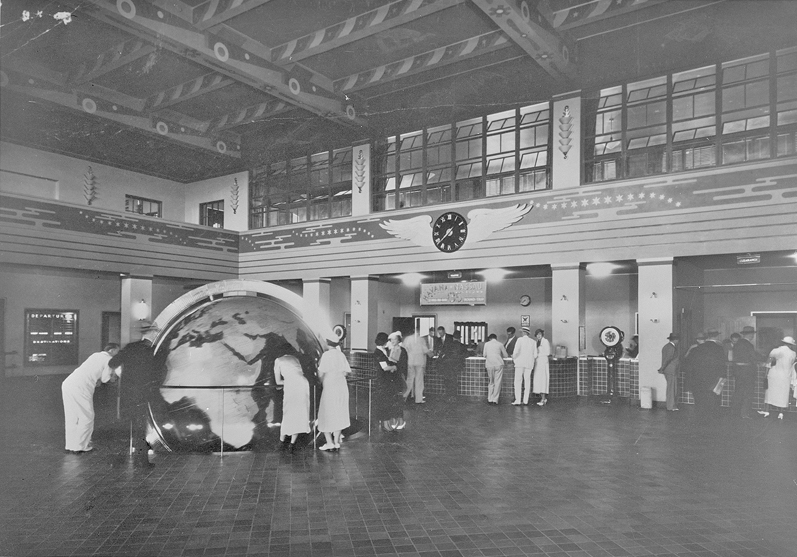 Shows airlines of the world, in addition to chief geographical features, including ocean depths.

The globe is oriented so that its axis parallels the axis of the earth underfoot, its North Pole pointing to the North Star.

On this scale (1 inch to 64 miles) the greatest ocean depth, 34,218 feet just east of the Philippines - would be on 1/10 of an inch below the surface of this ball, showing that, compared with the bulk of the earth, the great oceans are relatively only a thin covering of water.

The deepest man has gone beneath the surface of the earth (William Beebe, who descended 2,200 feet into the ocean at Bermuda) would on this scale be scarcely through the paint - 1/150th of an inch down.

The highest man has ascended off the earth (Captain Albert W. Stevens, 14 miles) would be but 1/4 of an inch off the surface of this globe.

The world's highest mountain (Mt. Everest in the Himalayas, 29,141 feet) would project less than 1/10 of an inch from this globe's surface.

All the people in the world, packed into a box, could on this scale be contained in a case less than 1/100 of an inch each way in size."

Learn more about Miami's historic preservation of the "Pan American Seaplane Base and Terminal Building."