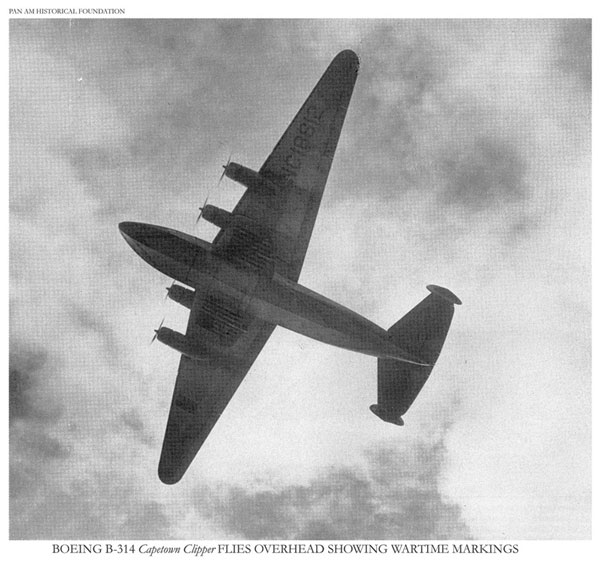 My Pan Am Story: Miami Says Good-bye to A Clipper in "Warpaint"

By Geo. E. Warren III
My Dad's first day of employment at Pan American Airways was July 8th 1943, in the middle of WWII - and it was also on this day that I was born here in Miami, Florida. He was an aircraft mechanic whose job it was to maintain the 'power plants' (engines) of Pan Am's flying boats at the Dinner Key, Marine Air base in Miami. It was a job that in those days was envied by many, due to Pan Am's bold, milestone achievements that had earned legendary respect for the company. It was very clear to me how proud my dad was to be connected with Pan American, and as a boy who admired his father as I did, whatever he had strong feelings for - passed to me through a type of 'wordless, radiation'.

Sometime after the end of the War, he was transferred to Pan Am's land base and terminal on N.W. 36th Street in Miami, and went on to maintain the land planes, including Boeing 747's, until he retired.

But he never forgot the flying boats - they were in his soul - the four engine 'Clippers' with a fuselage that floated in the water - (and not to be confused with 'seaplanes' that were supported on the water by pontoons), beginning with the Sikorsky S-40's, and S-42's, the Martin M-130's and then Boeing's B-314,  the largest airplane in the world when first introduced exclusively for Pan Am in the late 1930's.

I do not remember seeing any of these flying boats, being so small by the time they were all gone. Except - except - I do have a distant but clear memory of an event that must have taken place in the late 1940s, standing with my dad near the water's edge at Miami Beach in a large crowd of people that seemed to me, to be every person living in Miami, and all with eyes on the ocean, where I could see nothing except an empty ocean. Then, loud voices in the crowd - "there it is, here it comes". And there it was - flying toward us above the water at 'mast-top' level, parallel with the shoreline, a very large, dark, airplane was coming up fast from the South, and with the crowd cheering and waving, it flew past us with its engines 'thundering' so deep and so loud, that I could feel the sound 'hammering' my chest. It then turned away out to sea, then South for a distance, and then another turn to come back toward us. But this time the dark painted, airplane, was descending even lower and lower, until it landed on the water farther out, but almost directly in front of us. The crowd applauded and cheered for several minutes as the plane 'idled', out on the water, moving slowly with its engines still running, and then, suddenly, the four, big engines roared back to life and it began moving faster across the water until it slowly took flight, rising into the sky, and away toward the North once again - and then it was gone. My dad looked down at me and said something that I did not hear as the crowd around us began leaving - he had taken out his handkerchief from his right hip pocket and was wiping his eye as he spoke.

I think this must have been the last of Pan American's flying boats - a Boeing, B-314 'Clipper' still in dark, drab 'Warpaint' from WWII, to be sold or to be scrapped - and on this day, Juan Trippe was giving Miami (and my dad), a chance to say good-bye to a piece of the legend of Pan American World Airways.