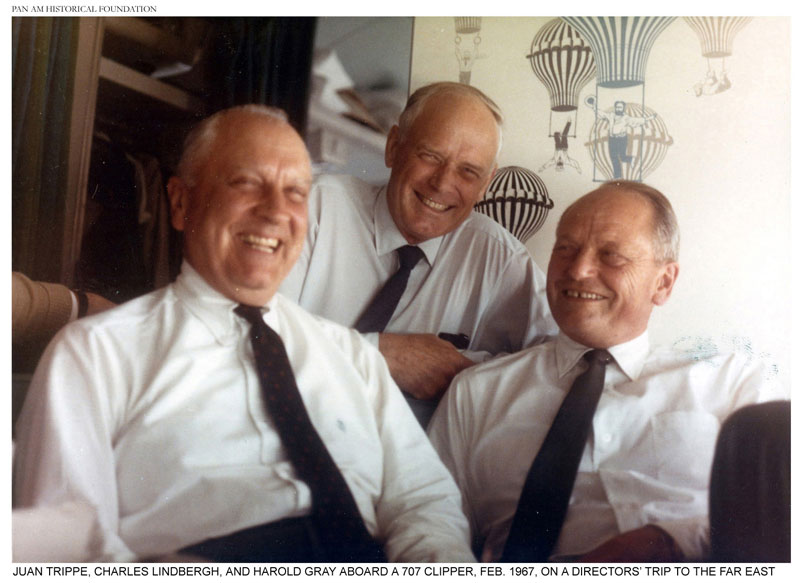 Most of you are aware of the kidnapping and death of the Lindbergh baby.  After the trial, in order to escape the stress and conditions that existed at that time in the United States, the Lindberghs quietly moved to England.  While in England, and after England became involved in the war with Germany, Lindbergh collaborated with the British in an advisory position to assist their air force.

During this time, Lindbergh spent considerable time in Germany with high level Luftwaffe and aircraft manufacturers in a consultant/advisory position.  The purpose of this position was to gain knowledge of advanced technologies that was then passed on to the United States military.  At this time, the Germans had an aircraft turbine engine in an advanced stage of development.  A later version of this engine would be used in such aircraft as the ME262 during the latter stages of WWII.
The Lindberghs returned to the United States in 1939.  Lindbergh attempted to serve his country by offering his services and expertise to the US military and government.  Both the government and the military turned him down because of his recent connections with the Germans.  It seems strange that our government would view Lindbergh as a security risk.

Lindbergh then tried to approach Juan Trippe (founder of Pan Am) to provide his services to Pan Am, but was shunned for weeks.  When they did meet Trippe gave him the same treatment as the government.  Eventually Lindbergh did work for Ford as well as Pratt and Whitney during the war.  These areas were as sensitive as Pan Am, and I guess we will never know why Trippe turned Lindbergh down.  After the war Lindbergh was placed on the Pan Am board of directors by Trippe, and served as a member of the board until his death.

Lindbergh frequently flew to all areas of the world in his capacity as a board member and advisor to Trippe.  He was invaluable in making route and aircraft decisions for Pan Am.  In fact, if Lindbergh had a little more influence, and Trippe was less of a one-man show, Pan Am would have bought stretched DC8 aircraft rather than the Boeing 747.  I have often speculated what would have happened to the 747 had that occurred.

When flying as a passenger Lindbergh would use an assumed name and only ride in economy, always shunning publicity.  On one beautiful day I was returning from London in a 747, a flight attendant called the cockpit and said she needed to talk to the Captain.  When asked about the problem she replied "some nut downstairs says he is Charles Lindbergh and wants to visit the cockpit".  We asked if he had any ID, and she brought a business card to the cockpit.  The card was simple; it said "Charles A. Lindbergh, Pan American World Airways, Board of Directors".  We suggested that she bring Mr. Lindbergh to the cockpit ASAP.

Lindbergh was a delight in the cockpit, he talked to all of us like another pilot, and he was knowledgeable of the aircraft and the problems of flight crews.  In short, he was a really nice guy.  After spending an hour in the cockpit, he returned to his anonymity in the economy section.

That was my first and last meeting with Charles Lindbergh.  I will always remember the meeting and the polite quiet man that I had the privilege of talking with that day. 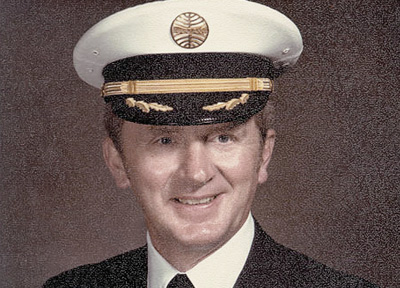 Ed Spellacy: Captain Ed Spellacy started with Pan Am in 1964 as a relief pilot/navigator, rising through the ranks to pilot 747's, while keeping his keen powers of observation on the job the whole time. We're privileged to share some of his writings, a series he's called PanAmusings.