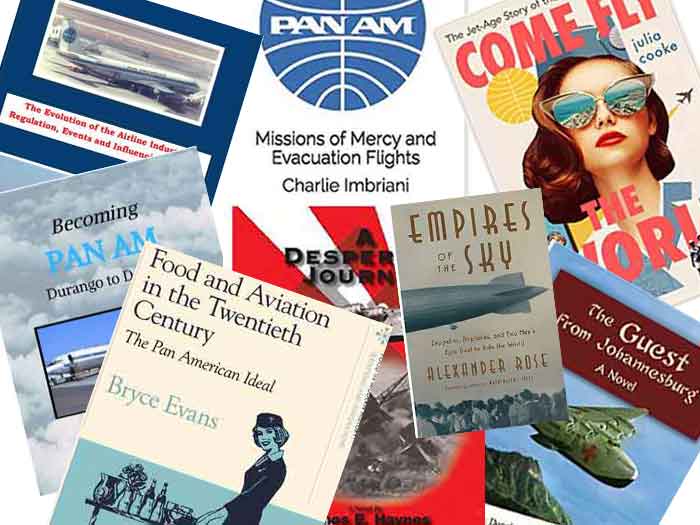 Just in time for National Library Lovers Month 2021, these books have recently crossed our desk: Now on our Noteworthy Books list.

The books are about Pan Am or related to Pan Am history. You might want to include them in your Pan Am reading collection — Published In Print, or Online! 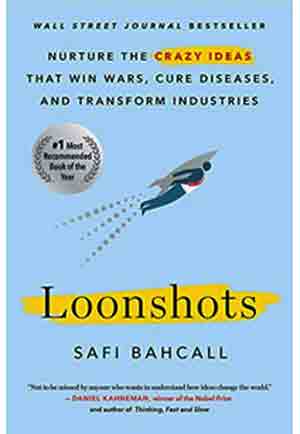 “Loonshots” examines many things, including Pan Am and Juan Trippe.The book reveals a surprising new way of thinking about the mysteries of group behavior that challenges everything we thought we knew about nurturing radical breakthroughs.

Along the way, readers will learn how chickens saved millions of lives, what James Bond and Lipitor have in common, what the movie Imitation Game got wrong about WWII, and what really killed Pan Am, Polaroid, and the Qing Dynasty. 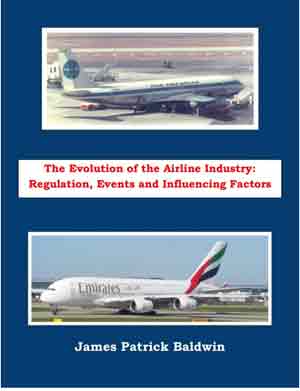 This book is an excellent guide to how the airline industry evolved into what it is today.

A concise narrative on the evolution of the airline industry from its beginnings to the present day. The focus is on regulations, historic events and influencing factors that shaped the industry. Starting with the Wright Flyer, the book details the early conventions and regulatory framework, the development of the commercial airline industry through the 1930s, World War II and the Chicago Convention, through to the deregulation and liberalization of the industry driven by economic factors leading to the formation of the so-called Sixth Freedom airlines, the airline alliances and the low-cost and ultra-low-cost carriers. 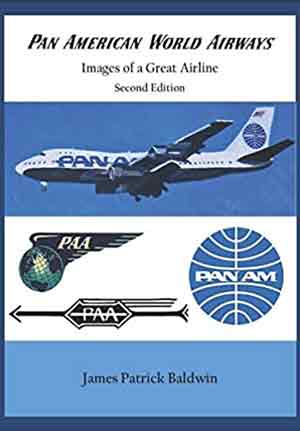 A pictorial history of the airline that highlights its aviation "Firsts" and notable achievements. Included are vintage photographs of airliners and images of timetable covers, schedules and route maps, annual report covers and baggage strap tags, all documenting its storied history from first flight to last. The 2nd Edition features additional images as well as narratives about significant aircraft in Pan American’s fleet and its important routes. Glamour, danger, liberation: in a Mad Men–era of commercial flight, Pan Am World Airways attracted the kind of young woman who wanted out, and wanted up

Cooke’s intimate storytelling weaves together the real-life stories of a memorable cast of characters, from small-town girl Lynne Totten, a science major who decided life in a lab was not for her, to Hazel Bowie, one of the relatively few Black stewardesses of the era, as they embraced the liberation of their new jet-set life. Cooke brings to light the story of Pan Am stewardesses’ role in the Vietnam War, as the airline added runs from Saigon to Hong Kong for planeloads of weary young soldiers straight from the battlefields, who were off for five days of R&R, and then flown back to war. Finally, with Operation Babylift—the dramatic evacuation of 2,000 children during the fall of Saigon—the book’s special cast of stewardesses unites to play an extraordinary role on the world stage. 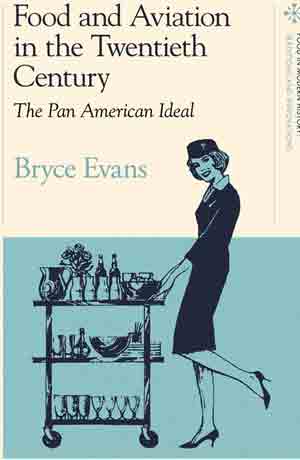 Evans, Bryce. Food and Aviation in the Twentieth Century: The Pan American Ideal (2020) (**)

Bryce Evans investigates an aspect of Pan Am’s service that was central to the company's success, its food; a gourmet glamour underpinned by both serious science and attention to the detail of fine dining culture. Modelled on the elite dining experience of the great ocean liners. Pan Am pioneered the design of hot food galleys and commissioned research into how altitude and pressure affected taste buds, amending menus accordingly. A tale of collaboration with chefs from the best Parisian restaurants and the wining and dining of politicians and film stars, the book also documents what food service was like for flight attendants, exploring how the golden age of airline dining was underpinned by a racist and sexist culture. 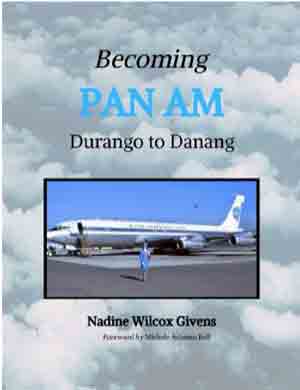 The author moved from a life of small-town innocence in Durango Colorado into a whole new world of possibilities and opportunities when she signed on to fly for Pan Am. Attending U.S. servicemen on R&R (Rest and Recuperation) flights into and out of Vietnam and serving a head of state are just two of the transformative experiences she shares with readers. This is a fascinating personal account and traces a life replete with adventure, mishaps, challenges and fulfillment. 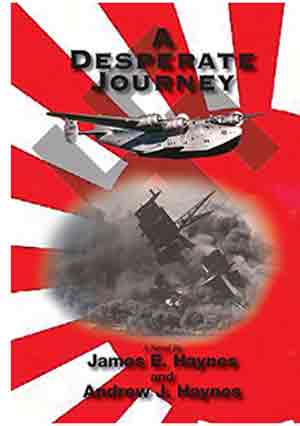 It’s adventure and espionage onboard the Pacific Clipper as two spies, one American and the other a German, fly across the southwest Pacific and on to Asia, Africa and the Americas, alongside the heroic Clipper crew, they are all on a desperate journey to get home in a world tearing itself apart. 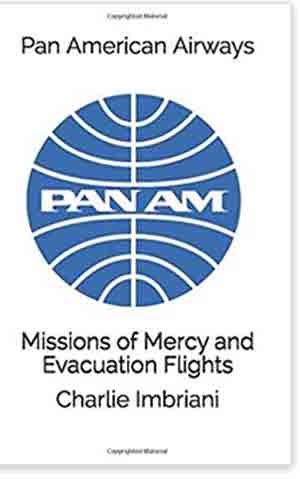 From almost the start of its sixty-four years of operation Pan Am was called upon to evacuate victims of war, revolution, acts of terrorism, oppressive regimes, and natural disasters. The airline and its people were always there when call-on; there was never a shortage of volunteers. These volunteers were real heroes, and this is their story. You won't find this story in most history books, but you'll find it all here, in Pan Am's Missions of Mercy and Evacuation Flights. This carefully crafted book is replete with memorable characters. It’s a coming of age story that carries protagonist Duff Malone from his days as an energetic young cruise director to respected Pan Am executive, from violent pre-war Asia in the 1930s to America's tumultuous Vietnam protest years of the 1970s. Set in Hawaii, it presents informed and affectionate insights about Hawaiian attitudes and cultures.

“I didn't want it to end. McPhail's characters are people I wish I knew personally.” -- Kevin Carroll, Author "A Moment's Pause For Gratitude" 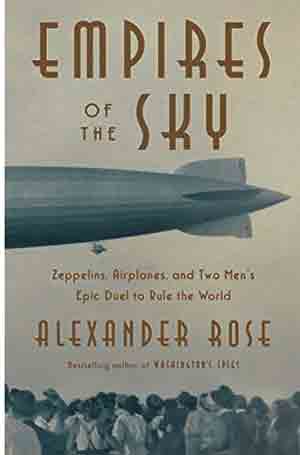 “An obsessive, decades-long struggle between two equally matched people is always fascinating, and especially when the prize they are fighting for is nothing less than the future of flight. We take the airplane’s defeat of the Zeppelin for granted, but in the Roaring Twenties and Dark Thirties it was anything but, and now, in a world aiming for carbon neutrality, we might even regret who won. Alex Rose is a historian with a scintillating prose style and an eye for the insightful, and often amusing, detail. Whereas dirigibles were heavy, ponderous, and full of gas, this book is the precise opposite.” 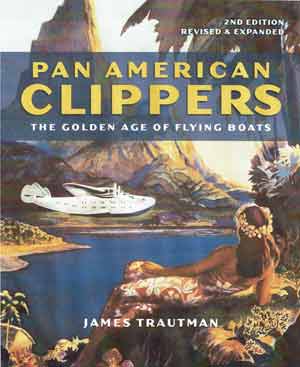 A beautifully produced and illustrated volume combining lots of Pan Am memorabilia, first hand accounts, along with a concise history of the airline’s romantic days. 2019 2nd Ed., is revised and expanded.