"Flight 7 is Missing, The Search for My Father's Killer" by Ken Fortenberry 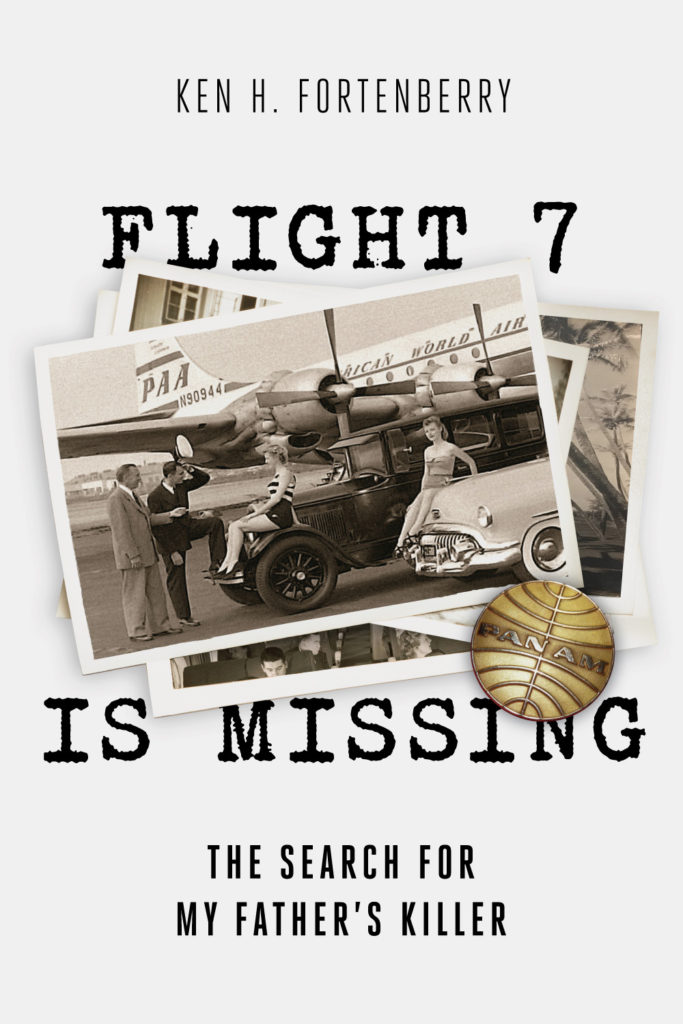 For more information go to https://kenfortenberry.com/

Pan Am flight 7 en route San Francisco to Honolulu November 8, 1957 mysteriously crashesinto the sea. There are no survivors.

The second officer is the author’s father, William Fortenberry. Ken is six years old when this tragedy strikes. During decades he seeks answers to why the Boeing 377 Stratocruiser suddenly plummets into the sea near the point of no return killing all on board.

Fortenberry casts a wide net of inquiry starting with the mechanics of the engines, propellers and control surfaces. He then moves into broader lines of investigation involving aviators, medical doctors, police, psychologists, even psychics, and follows any other lines of inquiry that might take him to or toward solving the mystery.

After 35 years he is confident he understands the very probable “who, what, why, and how.”

There are many complicated factors involved as this investigation plays out over the years. Author Fortenberry skillfully weaves them together while maintaining an authentic sense of suspense.

Peter Leslie is the son of John Leslie, Pan Am’s first aeronautical engineer, who was Division Engineer, Pacific Division, at the time of the China Clipper, Manager of the Atlantic Division during WWII, and later Vice President and Director based in New York. Peter was often a passenger on the Stratocruisers and worked one summer as ground crew on Canton Island a refueling stop between Hawaii and Australia. He has also authored a book, Aviation's Quiet Pioneer (2012)