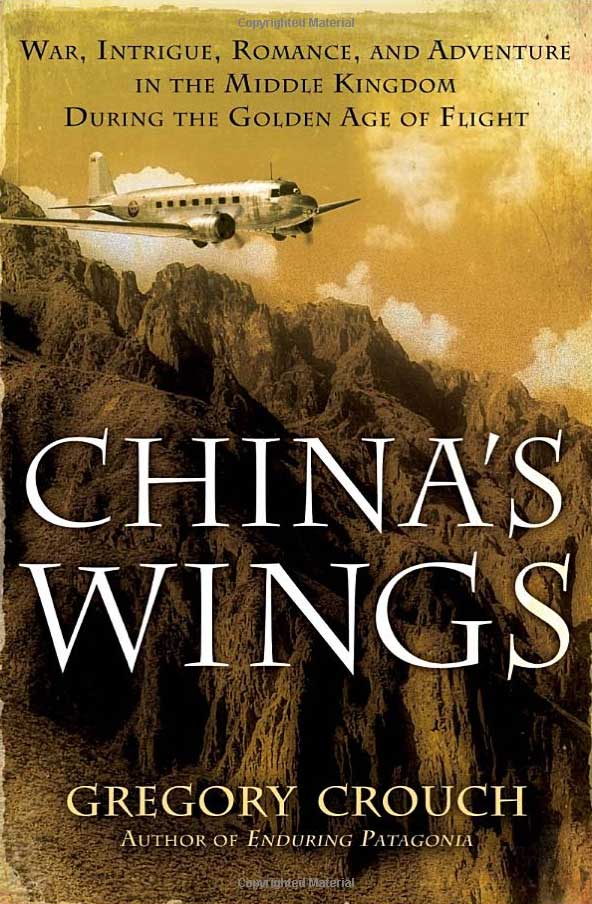 Author Gregory Crouch has written an excellent history of the China National Aviation Corporation (CNAC), a Pan Am subsidiary that played a pivotal role in war and peace in 20th-century China.

"Aviation seemed sure to change everything. Its allure could spur a man to the far side of the world".

The man Crouch was referencing was William Langhorne Bond, a soft-spoken but iron-willed one-time road construction supervisor whose experiences form the backbone of the story. When he first arrives in China in March of 1931, a new colleague tells him: "Don't take a lease on a house, or buy any furniture. We'll be out of here inside of six months." Bond would be in China almost two decades - years of struggle and war, painful personal separation, ill-health, but above all, an unshakable dedication to keeping CNAC in the air.

It's an epic story by any measure, set against the mythic backdrop of 1930's China, replete with warlords, bandits, heroic adventure, and international intrigue. At the center of the whirlwind is the modest figure of William Bond - " Bondie" to his acquaintances. His job is filled with Herculean challenges, such as constant frustration with Chinese "partners" whose actual agendas rarely coincide with the efficient operation of an airline, impossible operating conditions, etc. What he does have is dogged determination, rock-solid character, a vision for success, a loyal cadre of dedicated and talented colleagues, and not least, hope.

"Bondie" and his CNAC associates managed to keep CNAC a going concern through years of increasing global tensions, and actual war in China. When the Sino-Japanese conflict morphed into global dimensions in December, 1941, CNAC became a lynchpin of Allied strategy. The Japanese were determined to strangle China's ability to resist. They pushed the Nationalist government inland, and cut off the overland "backdoor" route through Burma. By early 1942, the only avenue for supplies into China - and strategic materiel flowing the other way - was via airlift, from eastern India into China, flying over the "roof of the world" - the Himalaya Mountains. To aviators, the route was known as the "Hump." A major portion of Crouch's narrative is devoted to the subject, and admirably knits personal stories together with the flow of major events.

One of the book's most engaging characters is pilot Moon Fun Chin, one of CNAC's first Chinese pilots. Capt. Chin (still with us) was responsible for evacuating Jimmy Doolittle from China after his historic "30 seconds over Tokyo" raid. Crouch recounts how the apparently unflappable Chin told a skeptical Doolittle, riding as a passenger, as he stuffed the last of 66 desperate passengers onto the same CNAC flight: "Calm down Major. I, Moon Chin, know how much people a DC-3 can carry, and this one can carry sixty-six." And as it happens, Chin didn't know he had six others riding as stowaways in the tail.

Drawing on Bond's own original unfinished memoir (which had been worked up as a posthumously published book, Wings for an Embattled China (Lehigh University Press; Bethlehem, PA 2001) Crouch draws on his obvious abilities as a storyteller to fill in implied blanks. In the hands of a lesser talent, the result might be a disappointment. That's hardly the case here. Crouch smoothly knits together historical fact with plausible exposition. The result is a first-rate work of history, one which is especially relevant now as the world moves into an age of an ascendant China.

China's Wings follows to some extent in the wake of other literary efforts over the years focusing on CNAC. Bill Grooch, sent to China by Pan Am in 1933 wrote about his first-hand experience there in Winged Highway (Longmans, Green & Co., New York, 1938). Harold Bixby, Juan Trippe's choice to manage Pan Am's acquisition of Curtiss-Wright's interest in CNAC wrote a privately-published memoir, Topside Ricksha (1938). More recently Robert Willet's An Airline at War, (BookSurge, Charleston, SC;2008) provides a popular retrospective. Most notable as far as serious history is William Leary's The Dragon's Wings. (University of Georgia Press, Athens;1976.)

But Greg Crouch has admitted that he wasn't' looking to create a scholarly tome, but rather create a vivid portrait of what has been for the most part an often overlooked chapter of history. That said, he does an admirable job in providing vivid context to the unfolding narrative, adding depth and breadth often missing from much of aviation history. Indeed, the entire genre, whether written for an academic or a popular audience is on the verge of emerging from a niche long perceived as irrelevant to the wider sweep of human affairs. China's Wings should do a lot to transport the appreciation of aviation's impact on modern history out onto center stage. That certainly is true as regards the evolution of modern China.