Celebrating the 75th Anniversary of the United Nations - The Story of Pan Am's U.N. Clippers 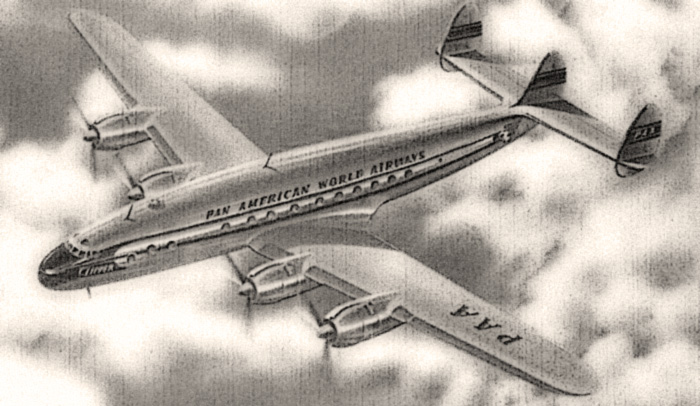 October 24th, 2020 marks the 75th anniversary of the official beginning of the treaty that authorized the United Nations. It was on that day in 1945 in Washington DC, that the Soviet government delivered to the US State Department their signed ratification of the United Nations Charter, which had been agreed upon in San Francisco in the previous June. Secretary of State James Byrnes signed the protocol formally acknowledging that the UN Charter had come into force. The UN became a going concern.

As President Harry Truman had said in San Francisco at the close of the conference in June, “The time for action is now!” And given the state of the world, just after the global conflagration of World War II, the new UN faced numerous challenges. At least for a few of these, the UN turned to Pan American World Airways for solutions to a mix of both organizational and humanitarian tasks.

Footage of the original signing of the UN Charter, June 1945, San Francisco

In those early days, Pan Am played a key role for the new United Nations. Like the UN, Pan Am was embarking on its own new epoch. The resources the airline was bringing to bear dovetailed well with the needs of the new UN organization.

In particular, Pan Am had a capable new aircraft, the Lockheed Constellation L-049. On February 4, 1946, Pan Am made its first transatlantic flight with a “Connie,” setting new speed records in the process. It was a scant three weeks later that Pan Am’s Connie “UNO Clipper” (for United Nations Organization) whisked the US delegation attending a first UN meeting in London back to the US. (The group included Betty Trippe’s brother Edward Stettinius, who was deeply involved with America’s early UN development.) 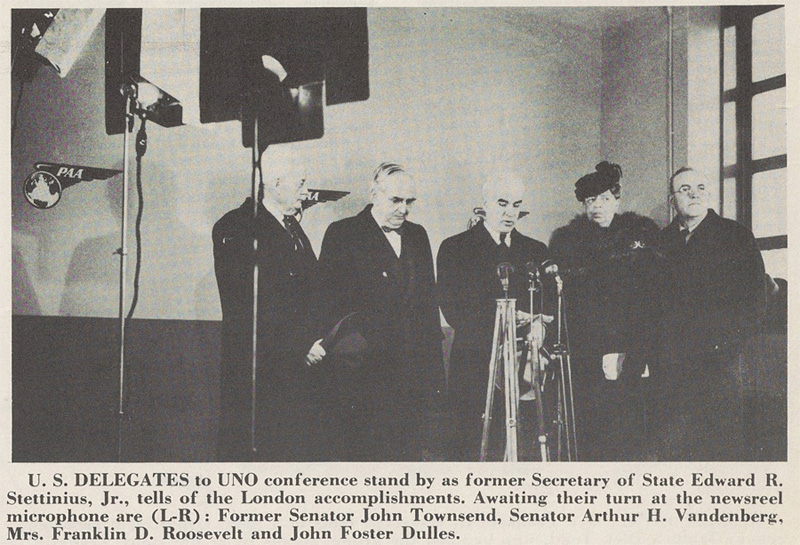 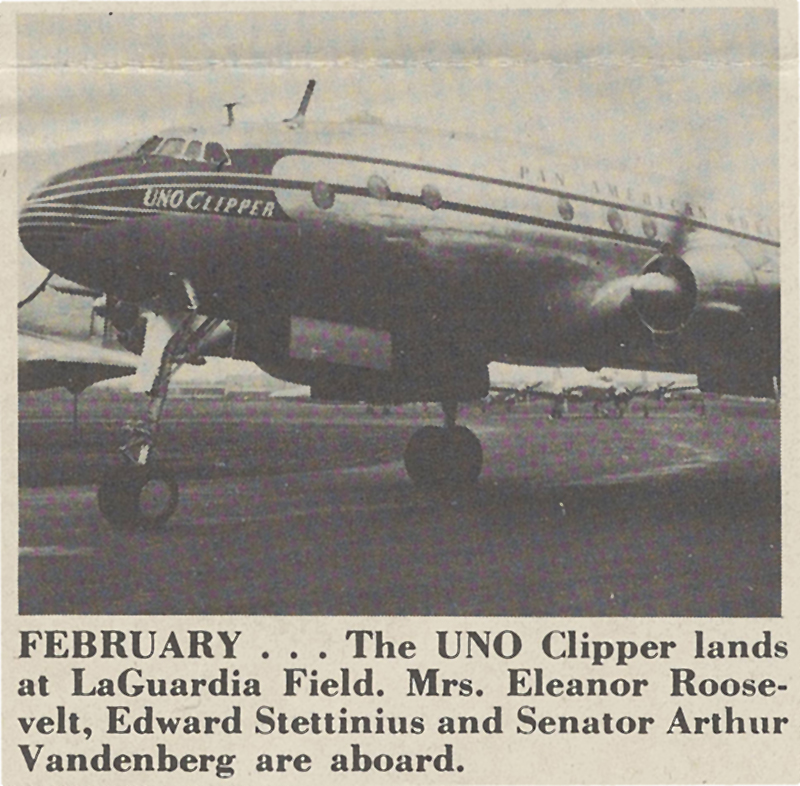 Pan American Airways also aided the new world organization by providing special facilities at La Guardia for arriving foreign delegates who were about to convene for the upcoming General Assembly meeting later that year. By then several airlines, as well as the Army’s Air Transport Command, were bringing the delegates from the UN’s member nations. 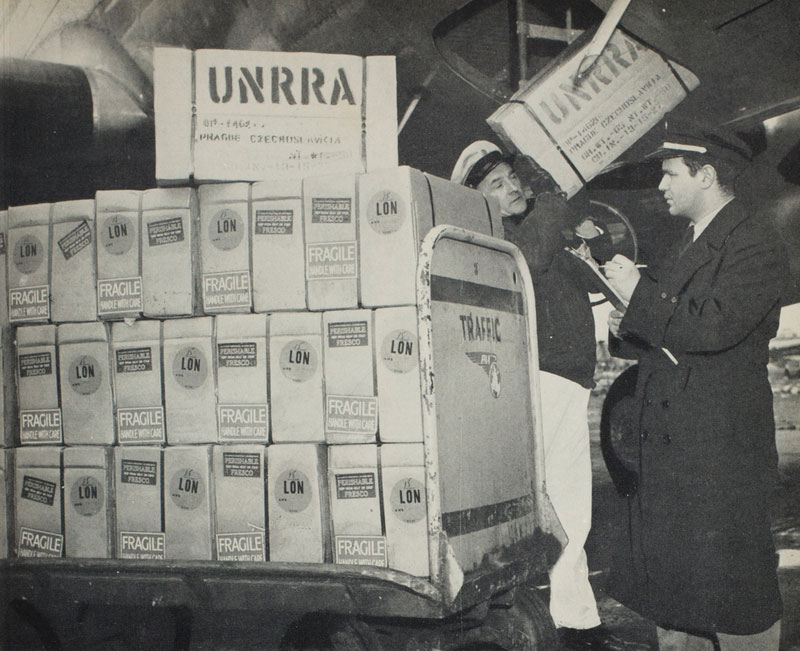 The war had left an immense swath of devastated lives and economies. The United Nations, with massive support from the United States, directed its resources to getting some semblance of normality established where possible. In most cases this meant meeting logistical challenges, and with surface transport in a shambles, aviation would play a key role. Pan American, with its long-established global reach and international experience, was a natural partner to work with the UN. By the Spring and Summer of 1946, Pan Am Clippers were flying routes deep into Europe’s former war zones. The aircraft were often carrying out vital aid missions on behalf of the United Nations Relief and Rehabilitation Agency (UNRRA). A typical UNRRA mission brought thousands of fertile eggs which would soon hatch into chickens to help feed the hungry people of Central Europe. (Photo: UMiami Special Collections digital collection, New Horizons, July-September 1946).

The Worldwide reach of the UNRRA

The eventual objective, following a survey trip in March, was to link Japan and China by air to the US via Alaska. This “great circle” route cut over four thousand miles and many hours flying time off the trip flown by the old mid-Pacific island route. The humanitarian needs in war-ravaged Asia were severe, and the time savings offered by employing the long-legged and high-flying Connies meant that UNRRA could get more help to where it was needed much more quickly.

After a series of charter flights with Pan Am, over time the United Nations would develop its own aviation capabilities, focused on more regional demands.