One person whose story never grows stale is Al Topping.

He and his wife Jan have recently found a new home for themselves in Central Florida, several hours’ drive from Miami where they had lived for many years after Al finished his 22 year career with Pan Am.

Although after Pan Am he put in time with the Miami-Dade school system, and later 13 years with the Miami Herald, his experiences with the airline were decidedly the most exciting, and with good reason. They were based in, and traveled to countries around the world, but one experience stands out. 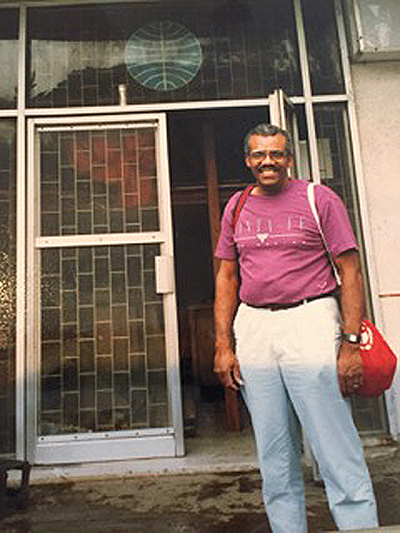 “Al outside his former office in Saigon in 1990”: A. Topping

In the spring of 1975, Al and Jan were in Saigon. Al was Pan Am’s director of operations for Vietnam and Cambodia. Their lives, and those of the Vietnamese working for Pan Am (and their families) were about to be severely disrupted by the invading North Vietnamese and the certain fall of Saigon.

Al’s job was to coordinate the final days of Pan Am’s operations in the war-torn country. In particular, he was managing the closing down of the Pan American’s flight schedule, coordinating evacuation plans with US officials, and seeing to the safety of the airline’s staff and their families. It was a tense time, fraught with anxiety and the very real possibility that decisions made could mean the difference between life and death for people he had come to know and care about. 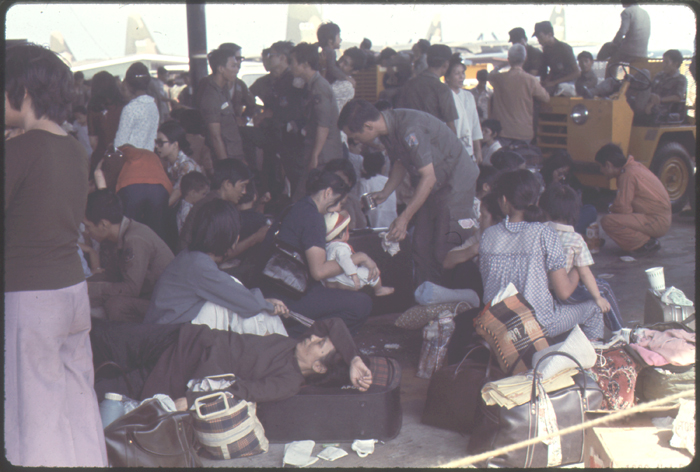 The story is a dramatic one. So dramatic in fact that it was made into a feature motion picture starring James Earl Jones, “Last Flight Out.” Time hasn’t diminished the impact of those days in Saigon, and after some years of contemplating the project, Al wrote his own book about it, entitled “Flight to Freedom.”

Al kindly provided a contemporary news article   from those days from his own archive, which we can share here with you. There’s a great deal more about the story, of course, so keep an eye out for the book! 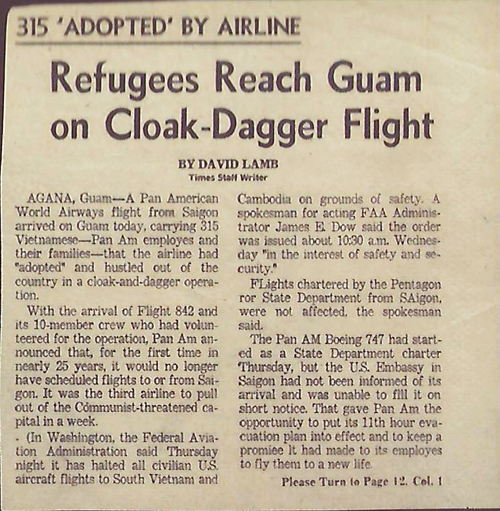 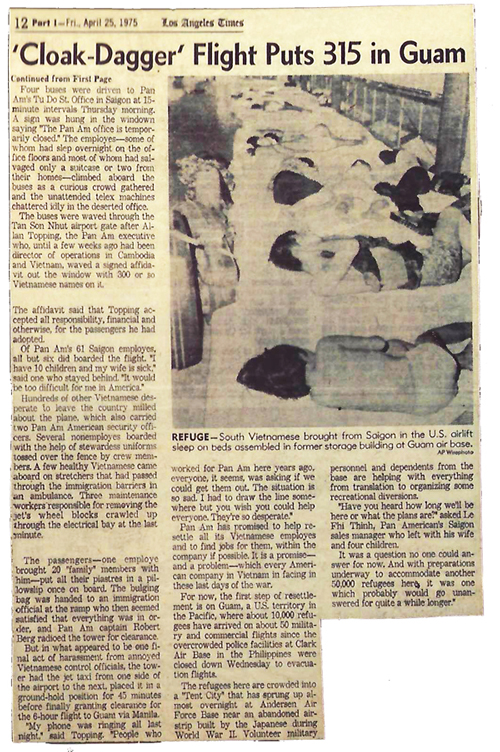 Read a Pre-pub Chapter of Flight To Freedom