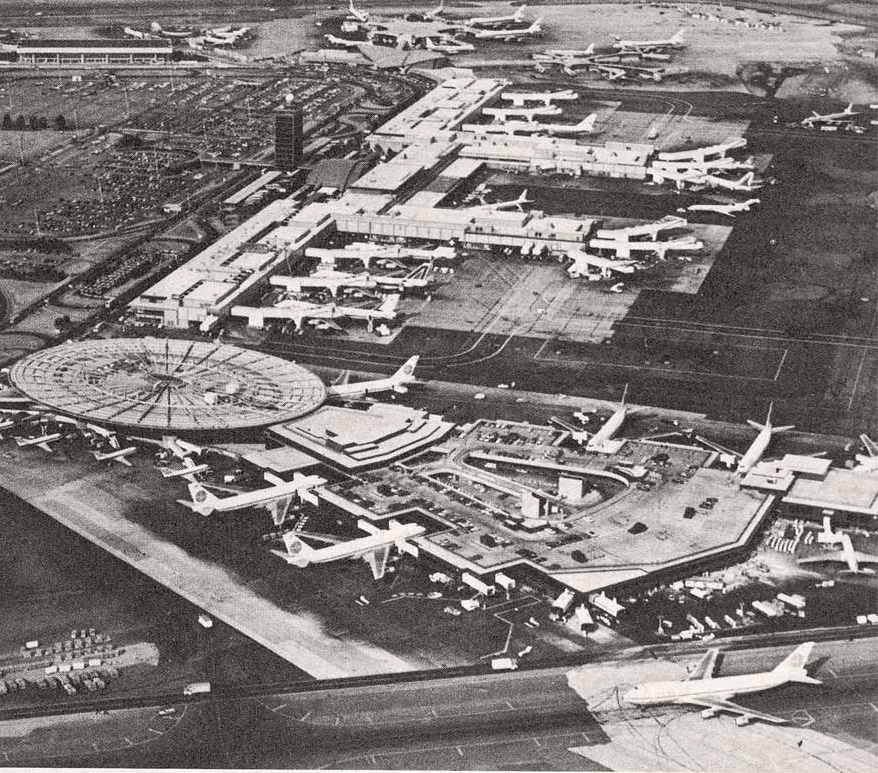 The weather in New York City on Wednesday, December 5th, 1973 was a bit gloomy: chilly temperatures under cloudy skies with sporadic rain showers. But inside the newly revamped Pan Am terminal – the Worldport at JFK Airport, the mood was in sharp contrast to atmosphere outside.

The advent of the Boeing 747s had made new investments imperative at JFK, the city’s premier airport. The giant new aircraft had caught on with international air carriers, so the Port Authority of New York and New Jersey spent $150 million to upgrade roadways, taxiways, and bridges to be capable of handling the big planes and related traffic. At the International Arrival Building, 12 new loading bridges had to be added.

And Pan Am’s iconic Jet Age terminal (originally the Unit Terminal Building, or UTB), designed by architect Walther Prokosch, with its distinctive umbrella canopy, had to be re-vamped if it was to stay functional. The approach taken was to add an extension that would bring the number of gates up to 16 – with eight of those being 747-capable. Along with room for the jumbo jets, the facility boasted impressive passenger amenities: 52 check-in counters, six restaurants, two cocktail lounges, and plenty of shops. The four-level facility encompassed over three-quarters of a million square feet, and covered 45 acres. The Worldport was the largest terminal in the world operated by one airline. 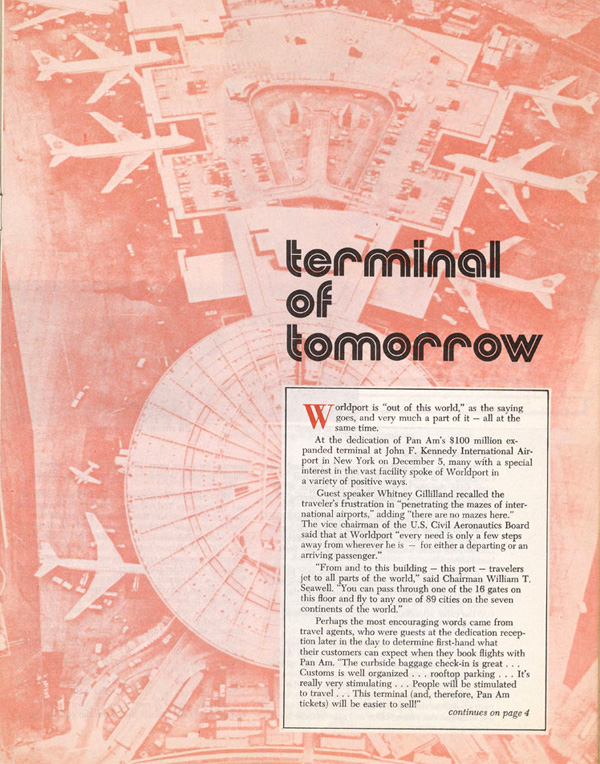 Construction had begun two years earlier, in 1971, and although the expanded Worldport had actually been online since the previous June, the dedication was deferred for a few months to get all the complex elements to function efficiently as a whole.

It was a bit ironic that the new facility, boasting such great potential for future air travel, came at a time when the airline industry was reeling from the negative effects of the oil embargo imposed by OPEC after the Arab-Israeli War earlier that year. While celebrating the Worldport, Pan Am was curtailing flights and furloughing pilots in the face of a national mandate to sharply reduce fuel usage and a general economic slump.

Carnival costumes at the Dedication of the Worldport

Still, there was plenty of optimism and celebration on display that day at the Worldport.  Over 100 musicians, dancers and other entertainers from Jamaica, the Philippines, Spain, Austria, Africa, Hong Kong and Brazil lent a festive international atmosphere to the day’s proceedings. Official guests from15 nations attended to reinforce the globalist theme that was so much a part of Pan American World Airways’ DNA. 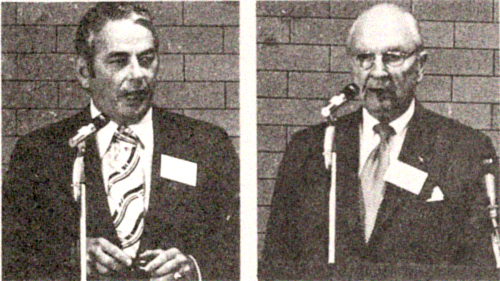 Pan Am Chairman William Seawell hosted a grand luncheon for 200 dignitaries, which included diplomats from many of the countries served by the airline. Also in attendance was Honorary Chairman Juan Trippe, who said in part, during his remarks:

“The jet has successfully outraced the Atom Bomb. Fear, destruction and war usually result from lack of friendship and communication. Thus, the jet transport must continue to outrace the Bomb. To this objective, this great Worldport should be dedicated.” 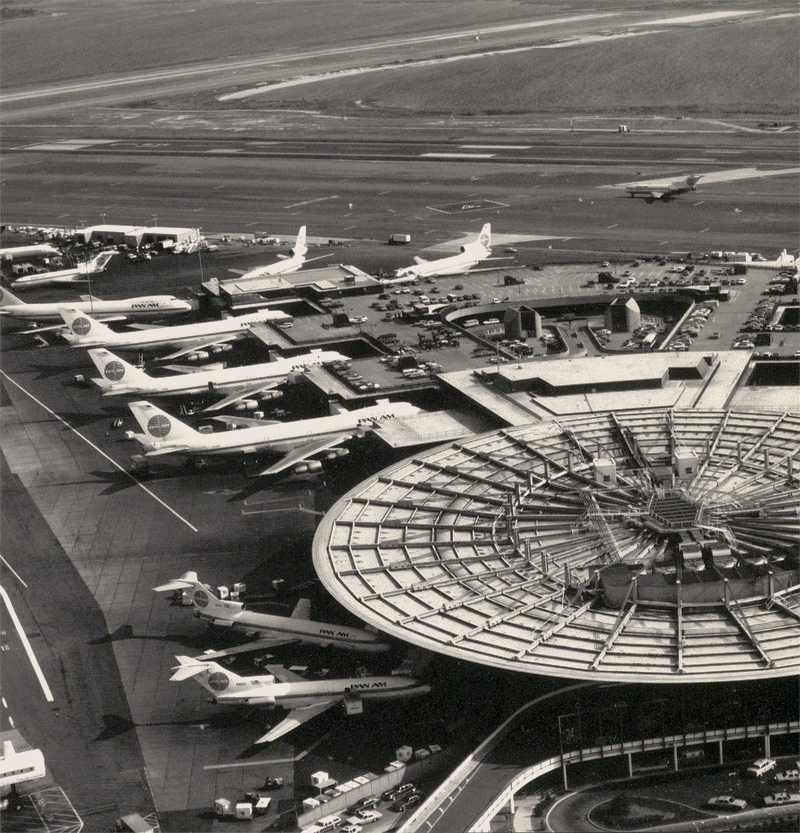 Despite huge protests, the Worldport was torn down in 2013 to make way for expanded ramp space at JFK. (The last flight to depart from the terminal was a 747 in May, 2013.) For that matter, the Boeing 747s that ushered in the need for expanded passenger ground capabilities are also almost gone now, at least as passenger transports.

But their impact lives on.  Both the Worldport and the 747 are fondly remembered by many who regard them, and Pan Am --  the airline that gave birth to them both -- as two epochal developments in 20th century aviation history.