Hawaii by Air: A fun exhibit at the National Air and Space Museum 2015 is now Online! 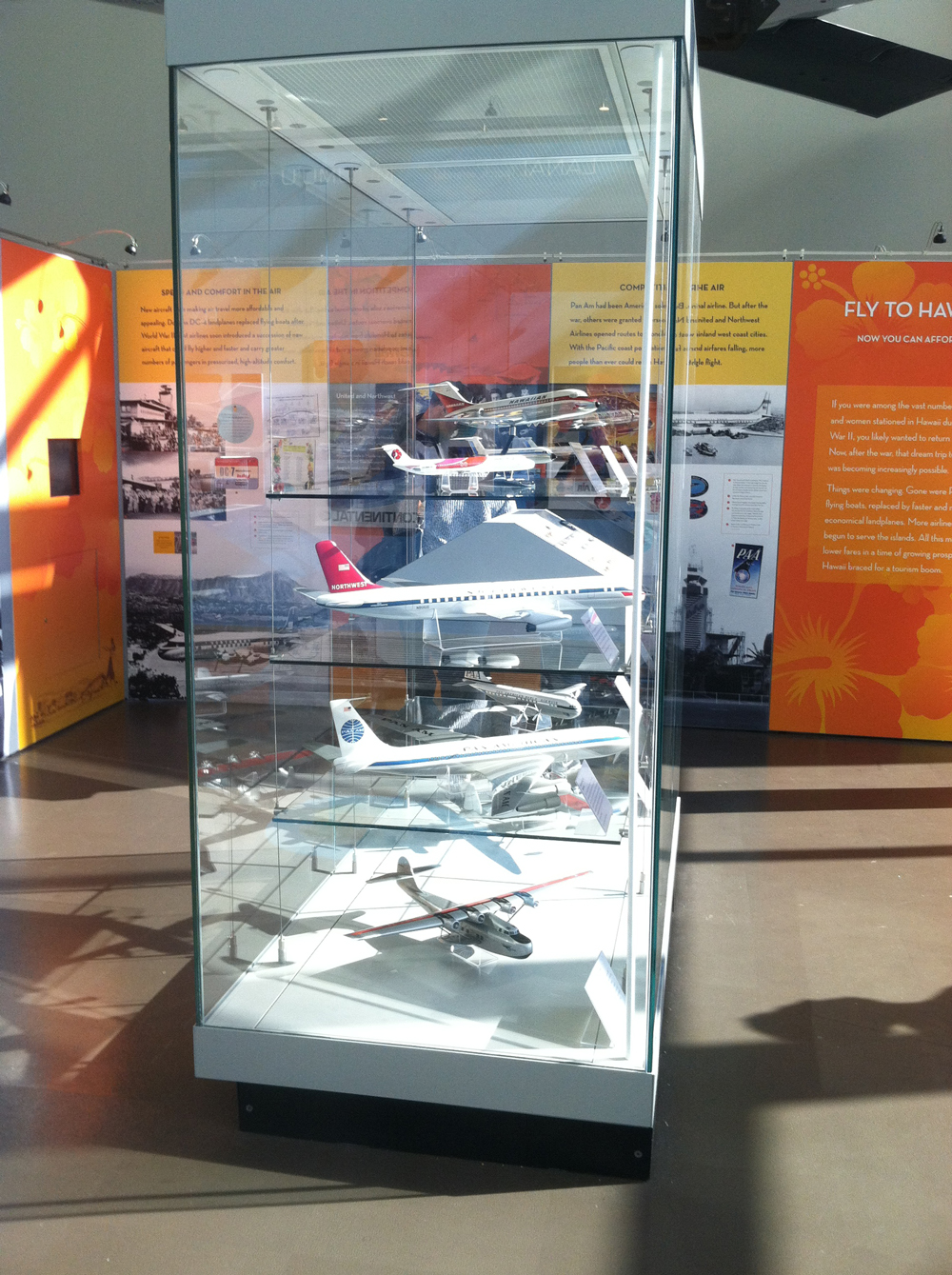 The Smithsonian National Air and Space Museum on the National Mall is currently hosting a compact, but compelling exhibit honoring the aviation heritage of our 50th state.

To be fair, the exhibit covers more than just the century of Hawaiian aviation (which began in 1911 with an exhibition flight). There are elements about Hawaiian tourism, popular culture, cruise ships, and more. But of course the thread that runs through it all is the evolution of Hawaii's links both internally and with the world forged through aviation.

One very dominant theme is the contribution made by Pan American Airways, which is only natural. It was Pan Am that first linked Hawaii to the Mainland in 1935, beginning a great tradition which lasted as long as Pan Am did. Although every airline that has served the Aloha State is represented in one way or another, as well as Hawaii's two indigenous air carriers, along with sundry pioneers such as Charles Kingsford-Smith and Army fliers Heggenberger and Maitland, it's the history of Pan Am's early service by the flying clippers that carries the show. (See photo gallery: Hawaii By Air Exhibit at Air and Space Museum (PAHF photos of a visit to the Exhibit))

There are some fine models, fascinating video, some hands-on history features, and a plethora of large, colorful graphic panels, elegantly arrayed. Overseeing the entire exhibit is a large scale model Boeing 747, liveried with Pan Am's Blue Ball, of course.  Go to their site for exhibit photos and more history at http://airandspace.si.edu/exhibitions/hawaii-by-air/online/ 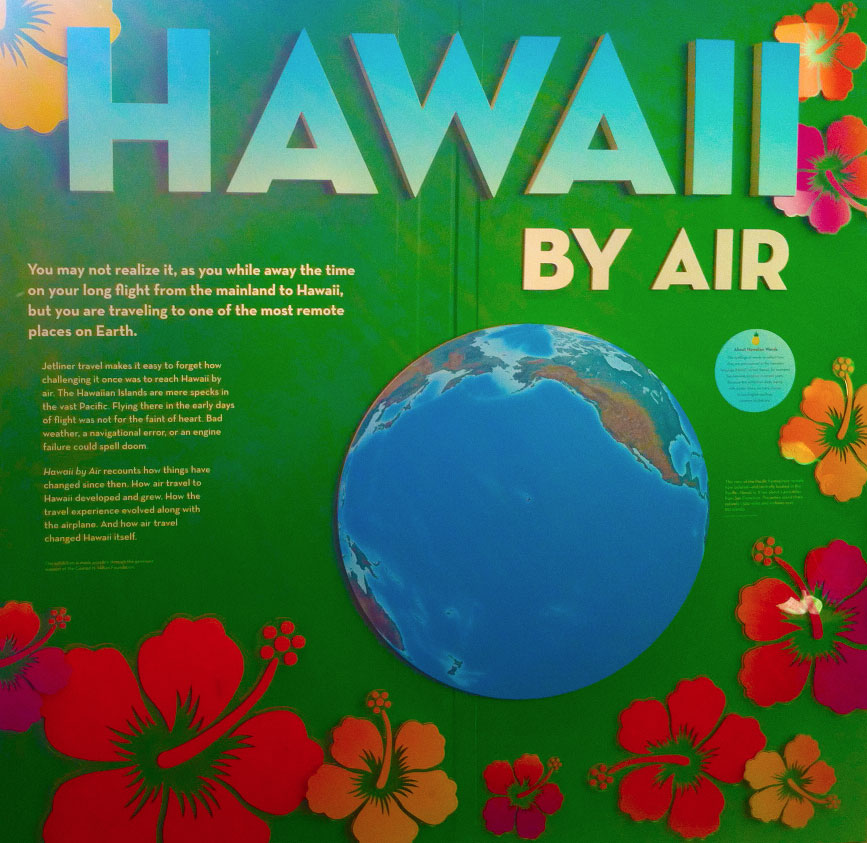