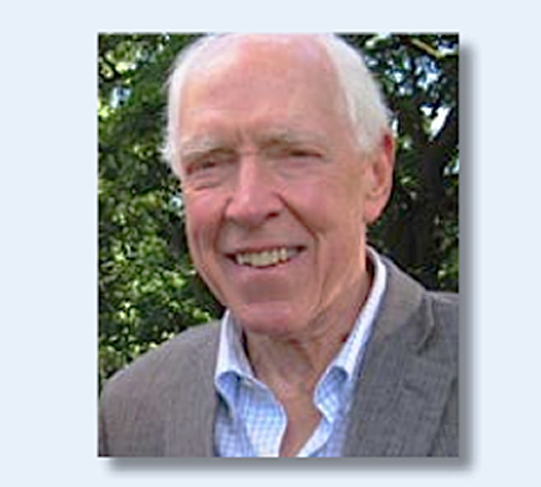 We will greatly miss our dear friend & 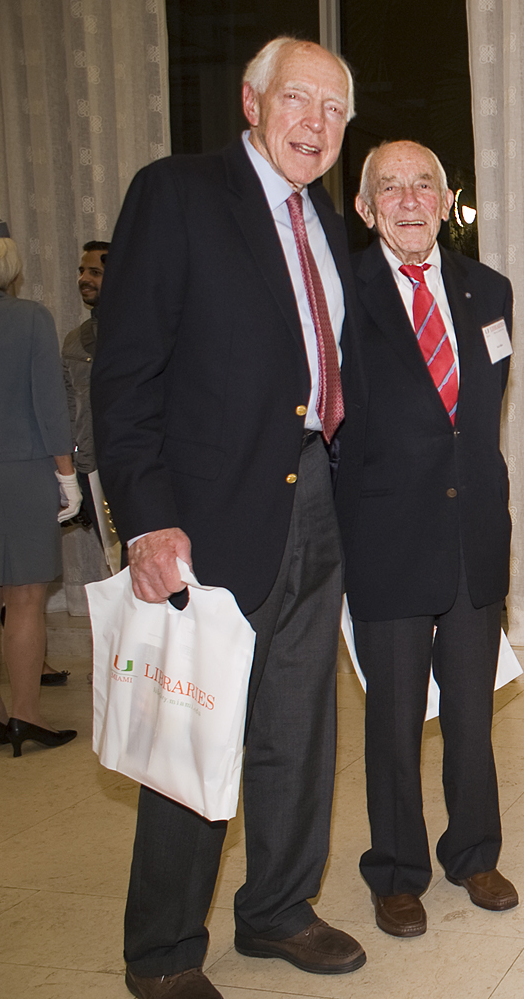 A Personal Reflection by Doug Miller

We want to share a few thoughts about our friend Pete Runnette. We knew him as a calm and effective leader, a careful listener, an intelligent patriot, a consensus builder and an empathetic and energetic co-worker, and as someone who never sought to gratuitously impress others despite a lifetime of considerable accomplishments. He was all that and so much more, plus he was fun to be around. And oh, he had the firmest handshake I’ve ever experienced. He will be greatly missed by everyone who had the privilege to know him.

Unless you asked, Pete wasn’t one to talk about his myriad experiences before he took on the responsibilities as President of the Pan Am Historical Foundation. But there was a lot he could tell you about, if you did ask, and it was always fascinating: Things like operating his Lockheed P2V Neptune sub-hunter aircraft in nasty weather in the Aleutians when he was a US Navy plane commander and pilot. And then there was a dramatic story about the rescue of a crippled Pan Am 747 in Karachi that had slid off a wet runway and suffered a collapsed nose gear. It was about to be deliberately blown up in order to clear the way for incoming aircraft. The airport authorities gave them a very, very short time to manage the job, but with Pete’s stellar leadership, the local Pakistani military and airport staff went to work to jury-rig the nose gear and salvage the crippled airliner. It was a very near-thing.

Pete was a true man of the world - he had worked for Pan Am and other aviation enterprises in places just about everywhere, and had gotten to know folks across the globe, and always left a positive impression. I think his secret was that he instinctively saw the humanity in everyone he encountered, and he encountered a great many, both mighty and humble. 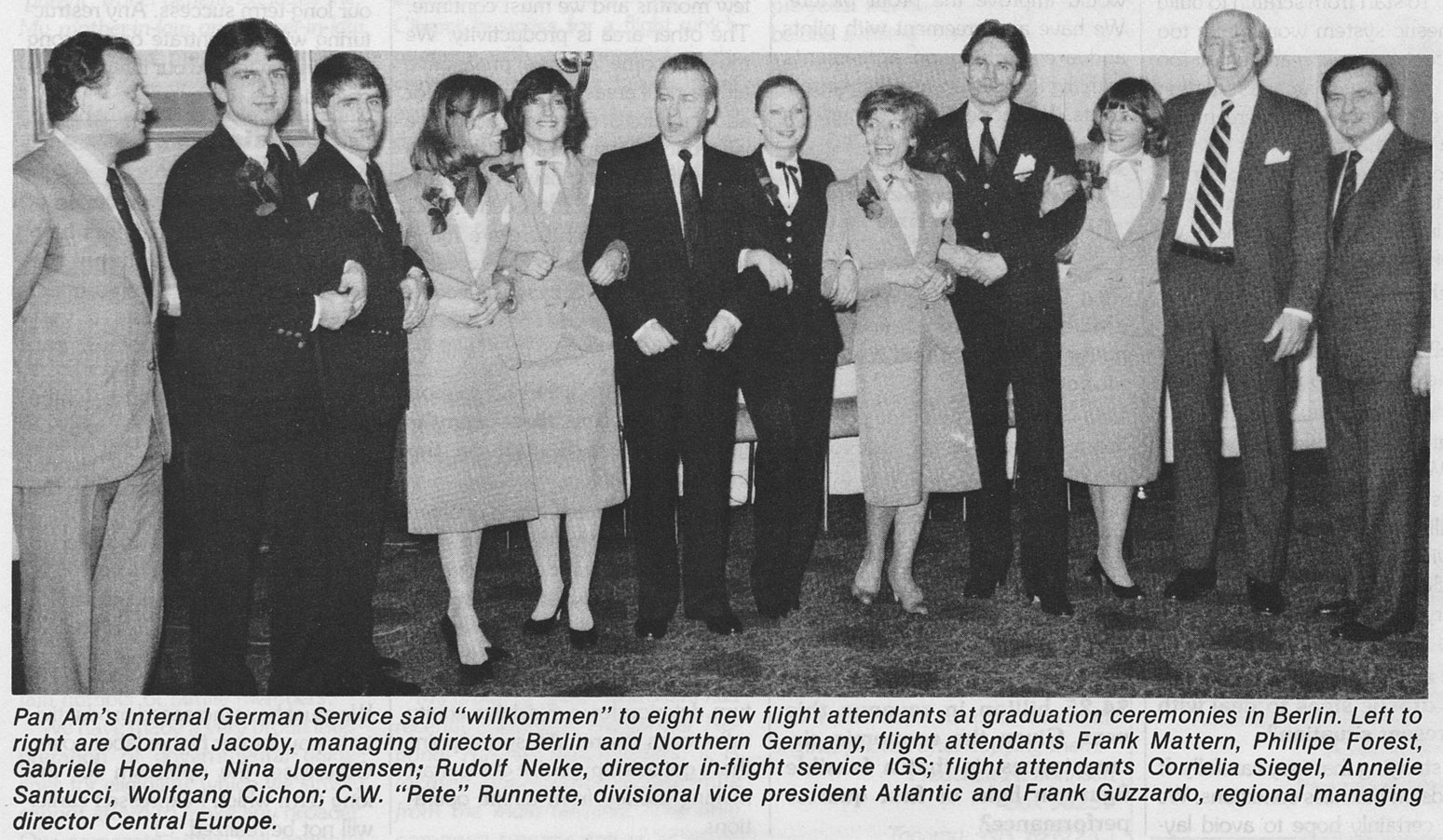 Whatever Pete had done in his life prior to our work together, I’m sure he came to his role at the Pan Am Historical Foundation without a lot of preconceived notions of what this new position meant. He was inquisitive and yet had a very practical turn of mind, and always seemed to address challenges with a personal set of resources that included patience, considerable strategic clarity, and a set of personal moral guidelines that were never far from the surface, to help shape how things should best be handled. It was his abiding guidance and brainstorming that enabled the complex development of support for “Across the Pacific,” the documentary film project that came to fruition in 2020. It had been the goal of the PAHF for over two decades, and it would not have come to pass without Pete’s work behind the scenes to keep the project’s mission aligned with real-world demands.

With Pete’s support and inspiration, he led the mission of the PAHF to educate the public about Pan Am’s important role in twentieth-century commercial aviation. He helped create the current website, PanAm.org, a trove of Pan Am’s rich history. Our friend, Pete Runnette, will continue to inspire us way into the future.

At the Wings Club in the former Pan Am Building, June 2018:

Pete leads a PAHF Board conference call, after hosting the Annual Meeting for PAHF members. 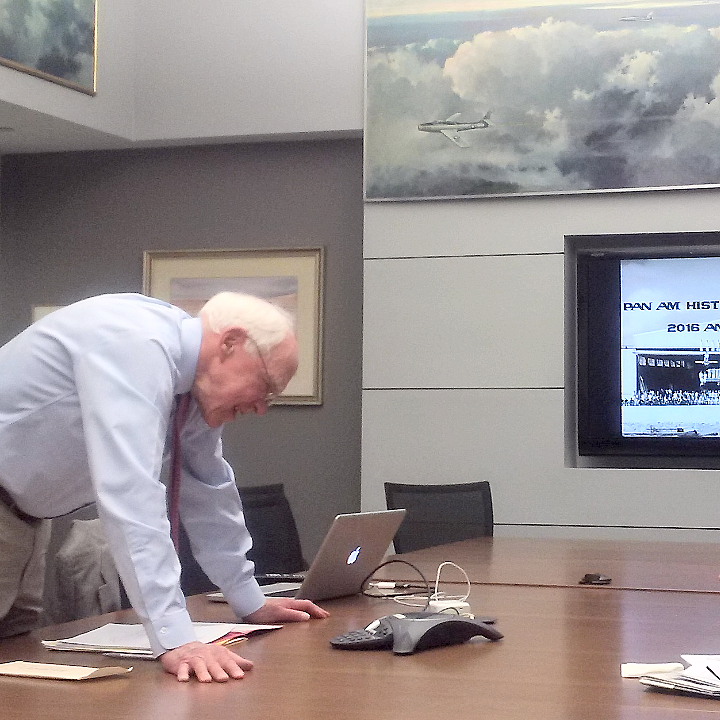